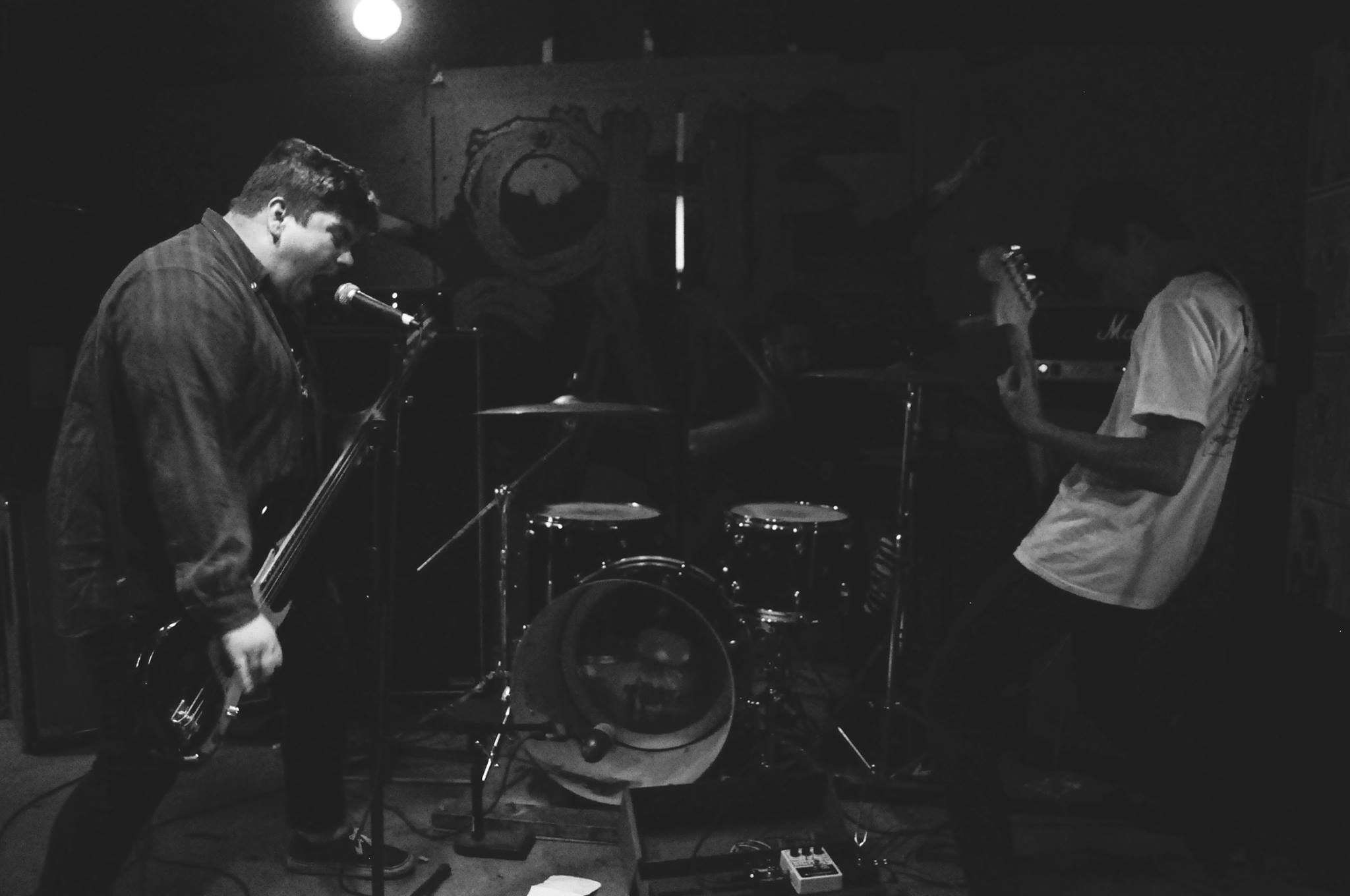 The album wastes no time, beginning with the nihilistic beach punk of “Opus Dei.” Guitarist Blake Cox plays a snotty rock n’ roll riff as bassist Sean Jones yells, “I got my teeth sunk deep in your neck / ‘Cause I’m the undead son of the suburbs.” When drummer Fred Tinoco joins, Cox covers the song in a tidal wave of reverb. The chorus pulses with an uptempo backbeat, which gets thrown out the window when the band jumps into double-time punk. “Opus Dei,” as well as the rest of California Noise, consistently illustrates Cursed Graves’ ability to balance catchiness with a hardcore edge.

“Family Man” emerges from the barrage of noise that ends the first track. It begins with depressive, mid-paced rock before devolving into a dream-laden breakdown that features ethereal vocals and shimmering guitar work. The third song, “A Different Life,” is driven by a similar sense of melancholy, which is emphasized by Jones’ sandpaper yells and a bridge that features a deluge of abrasive noise.

“Deliver Me,” returns to the So Cal punk n’ roll of the first song, but it complicates this approach by including a blues-infused groove that will have hardcore kids and metal heads alike nodding their heads. “Slow Thoughts” then mixes up the mid-paced churn of California Noise with the grungy plod and deliberate simplicity of The Jesus Lizard. I highly doubt that you’ll be able to listen to this cut without getting its main riff stuck in your head.

The antagonistic title track is a 58-second wave pool of feedback and cymbal rolls. Listening to it, I can’t help but feel like I’m watching a scene of a dirty San Diego beach on a barely-working TV. Whereas many bands use title songs as an excuse for self-indulgence, “California Noise” is a concise sonic middle-finger that doubles as a buildup for the 20-second assault of the seventh track, “Let Me Rot.” The LP then closes with “Out Of My Hands,” the first part of which is pushed by Tinoco’s electrified, Drive Like Jehu-style drumming. Halfway in, Cursed Graves launches into a cynical, catchy-as-fuck waltz that quickly dissipates into a sandstorm of noise.

After so many years of it being sterilized, it’s easy to forget that rock n’ roll began as an antagonistic style of music. Cursed Graves channels this aspect of the genre’s roots through a modern lens. As illustrated by California Noise, the band has gotten really fucking good, really fast, and it won’t be long until Cursed Graves is mentioned right alongside Pissed Jeans, Sweet Cobra and Young Widows