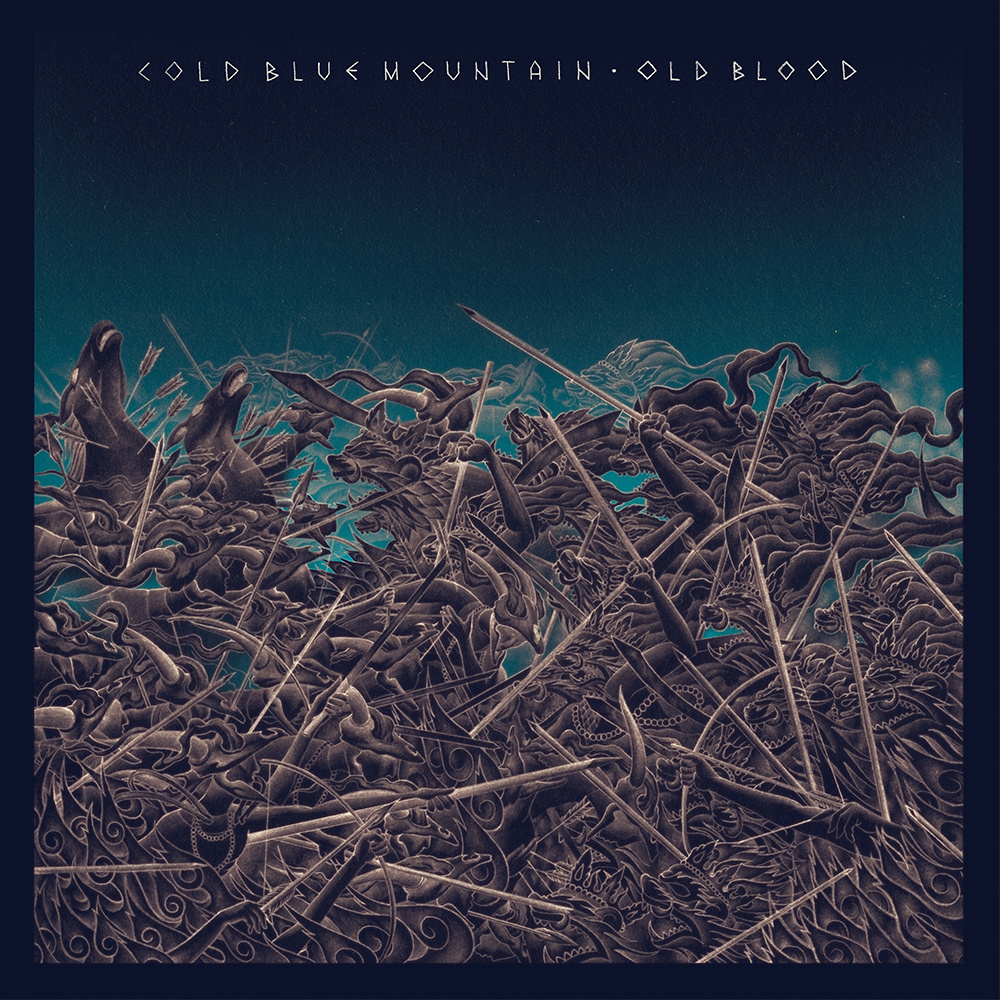 Cold Blue Mountain got their start as an instrumental act before adding vocalist Brandon Squyres. Their second full length, Old Blood, finds the band reluctant to jump right in with the metal as they incorporate a somewhat symphonic intro that leaves you wondering just what is behind the curtain, when the band throws themselves at you with a hatefully-textured brand of metal. In some ways, the massive sound conjured on Old Blood brings to mind a more lavish take on what Alaskan did on their latest release. Where Alaskan’s vocals come across as burly lumberjacks hollering at you, Squyres holds a more hardcore anguish to his voice. With repeat listens, it becomes clearer that Doom is perhaps not the most predominant ingredient, as the opener might lead you to believe. They do not confine themselves to rolling in on the wheels of one bandwagon, as hardcore influences stand out on “New Alliances”. It underlies the morbid lurches into darkness the band frequently delves into. The post rock passages they wander off into provide a refreshing interlude to clear the sonic palate. They never smother you with the oppressiveness of their sonic pounding. The guitars rarely stray away from melodic sensibilities, even when they are crushing down into your skull. If it’s not already a “thing” someone will soon want to label this sort of thing “atmospheric sludge.” That title night not be unfounded; doom has a certain beauty to it’s mourning sound that this band often stumbles upon, despite riffs like the powerful sludge-laden chug at the end of “New Alliances”. One foot is firmly planted in the post rock realm that bands like Russian Circles trudge in. The heavy guitar is more often than not offset by more delicate flourishes of distant melody. They had their thinking caps on when they pieced these songs together. Cold Blue Mountain adheres to the rule “cool riffs alone don’t always make a good song.” Not that there is any shortage of cool riffs lumbering about here, the songs are not dependent on them. The band knows when to pull those cards out and they have a more powerful punch when they connect with your head. From the big biting crunch of a monolithic riff to the ethereal breeze that blows over the clean sections, the pieces to this puzzle fit right where they are needed.

The scathing scream setting over the clean, twinkling post rock lullaby “Retreat” is an effective use of juxtaposing some of the band’s dynamic range in a way that isn’t the obvious loud-to-soft, soft-to-loud formula. They return to some of the moodier doom tempered with the delicate dreaming of their post-rock side. Moments like these are where you can also imagine comparisons to Deafheaven being made, particularly in the vocal delivery. They continue to force feed you their riffs on the eleven minute closer “Demise,” the band starts at a languid pace, simmering up into another hesitant hammering. Fans of many facets of heavy music will find something that resonates with them on this album. These guys are onto something good, so let’s see where it goes from here.