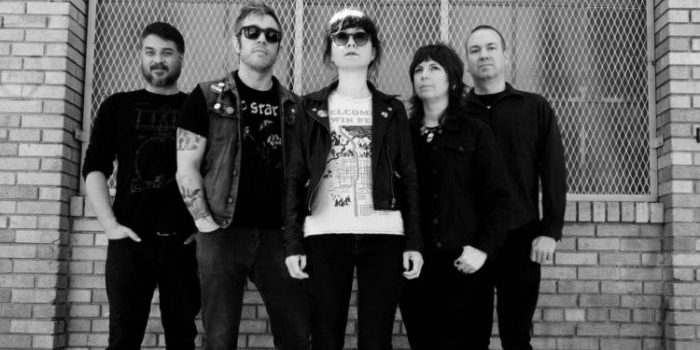 Esses from Oakland, CA released their 6-track album Offering back in July and what an offering it is! I’m telling you, if you like that spooky, traditional deathrock sound, you must listen to this if you haven’t already.

Opening song “Glorious Poison” is actually my favorite on the release, and not just because the title reminds me of Specimen. I haven’t honestly heard vocals quite like this paired with such traditional sounding spooky deathrock since Scarlet’s Remains, and that was a decade ago. “Fallen Princes” is a mellow track in comparison, but they don’t let up the spook. Deep and dramatic vocals, tribal drums, dark, romantic guitar, doomy bass. The vocals get even more dramatic as the song continues and it sends you though this beautifully dark crescendo.

“Forever Gone” is another mellow track and a fantastic follow-up to “Fallen Prince”. It opens up with this dark, experimentally eerie sound reminiscent of what you’d expect to hear within a bat-dwelling cave. Then it morphs into goth rock perfection, driving a badaass melody over some of the best lyrics on the album.  “Mercury” picks the pace back up with a more punk influenced sound and one of my favorite guitar lines on Offering. Miss Kel’s vocals go back to that evil, Batcavey spectrum of sound.

“Kingdom of Dust” has the most epic feel to their songs, which is saying something because they’re all pretty damn epic. This one starts off with pretty vocals that get more aggressive throughout the song. “Asunder” completes the album as a creepy-as-fuck experimental track that would be fitting on those Halloween sound effects tapes. Seriously, I wouldn’t listen to this one before bed.