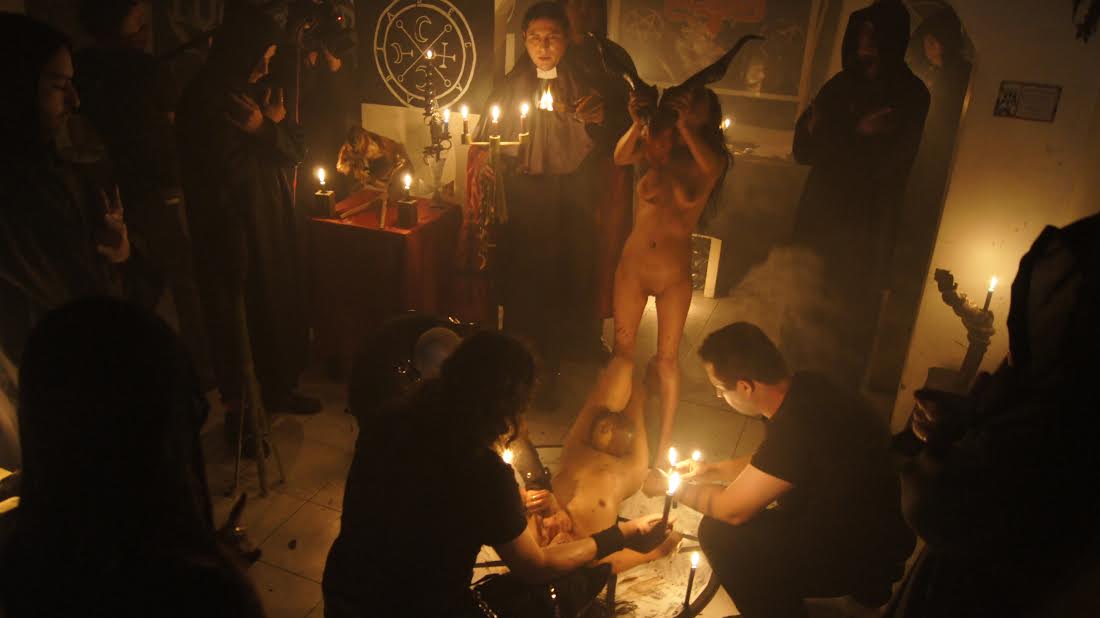 INTERVIEW about BLACKHEARTS film in production

The keywords you are mentionining for your planned film project imply that you focus on the more spectacular details of black metal history?

In our upcoming documentary “Blackhearts” we are going to focus on the heavy and profound impact black metal have had on peoples lives. As fans, we all know how the passion for this kind of music have affected many of our choices in several aspects of our lives over the years. Personally I find this really interesting and this is the reason I wanted to start making this film. What makes this music so powerful that it shapes the way we think and act?

In addition to this, I am also fascinated about the fact that Norwegian black metal have spread to almost every village in every country in the world. As people will see in the documentary, weird things happen when this passion for black metal meets the local culture in for example a small catholic town in Colombia or in The Islamic Republic of Iran. Of course the characters we are focusing on in our documentary are more or less spectacular compared to the average black metal fan. Sina for example, is the only active black metal musician in Iran. He is risking his freedom in order to enjoy the music he likes so much. I can´t personally think of anything more spectacular than that, and I must say I truly admire him for his passion and courage. In a historic perspective one can say that while things have calmed down a bit in Norway since the famous events in the early 90´s, the legacy of the church burnings, extreme expressions and acts are still alive, but in totally different countries and circumstances. “Blackhearts” will focus on what is happening today, not what took place 20 years ago. This approach is what will make our documentary different from all other related films.

Do you think it is possible to speak about black metal (in Norway specifically) without the murder, suicide and church burnings? I mean, it’s about sound fascination as well, don’t you think?

– I would like to say that we are making this film not only for the fans, but also for a broader international audience. This means we expect our audience to have more or less zero knowledge about black metal when they enter the cinema or turn on the TV. For this sake, in order for the audience to understand what this phenomena is all about, it is impossible for us not to mention the church burnings and the events that in fact made this genre so popular. We need to establish the history before taking on the rest of the film, but we won´t focus much on this topic. There are too many films focusing on this already, and we want to make something completely different. But of course ( this applied for me personally as well ), what is common for all the characters we meet in “Blackhearts”, the fascination of the crimes committed by a handful of the Norwegian artists in the early 90´s is what started their lifelong passion and love for black metal. This is where it all began, and for sure we need to emphasize this in the documentary without going into details on every single event. But for sure, after the initial fascination for all non-musical events, fans of course develop a strong passion for the music, the atmosphere, the sound and the musical skills of the artists. This genre would have never survived and become so immensely popular if it was not for the greatness of the music itself. What can you already tell our readers about the kind of movie you are planning. Is it documentary, mockumentary, scholarly film or even a drama play with actors involved?

This will be a feature length documentary movie that is what we call character driven. This means that the people we meet in the film first of all are real people with real stories. We will follow them through a process where we get to know them, their passion for black metal and how the music have shaped them as persons due to the cultural/religious/politic aspect of the places they live. I mean, how is it like to be the only Satanist in a small catholic village in Colombia? Or what happens when a truly devoted black metal fan suddenly becomes a member of the Greek Parliament and is able to affect the way the entire country is run? Where does one find the motivation for playing black metal for 15 years when you know that the Iranian government can show up at your door and throw you in jail at any given moment? Our three main characters are very different as persons, but they share the same dream: to bring their band to Norway and perform a concert in the country where it all began. With our cameras, we will follow them on their journey to make their dark dreams come true. In short, what people will see in “Blackhearts” is 100 % real.

Black metal has gone a long way in Norway and seems to be established meanwhile, even entering the hearts of those who aren’t part of the subcultural scenes. Do you include these aspects as well?

Black metal for sure have become something very different in today´s Norway than what it used to be. Some hate it, others don´t mind, but the fact is that what used to scare people and make the media go bananas with crazy headlines now have turned into something that even won´t even scare my grandmother. This is another aspect of the whole story that is really fascinating to me, because at the same time, black metal is banned in many countries, it scares normal people and is seen as something very radical, anti-social or Satanic. So of course, we will compare the current situation regarding how people look at black metal in Norway with how the same music is perceived in a muslim country like Iran or Latin America that is more or less catholic.

This raises some interesting questions to me. How does the religious, cultural and politic environment affect how arts like black metal is seen in different societies, and what does the artists behind the music think about the phenomena they have created? For the sake of answering this last question, we will also include several Norwegian artist that share their view on what black metal is today. We are not done shooting yet and we are still looking for black metal musicians that are going to share their opinions with us, but so far we have shot material with Nocturno Culto ( Darkthrone ), Vyl ( Keep of Kalessin, Gorgoroth live ), Tjalve ( 1349 / Pantheon I ), Destructhor ( Myrkskog / Morbid Angel ), Obsidian C ( Ex-Satyricon / Keep of Kalessin ). Who will feature in the finished film is difficult to say right now, but this is the status right now. I´m a bit proud to say that Snorre Ruch will compose some of the music for “Blackhearts” as well. This will add some extra touch and atmosphere to the full audio visual experience. People that know what he have done musically will more or less understand how it will sound. I got 2 hours of new sample music from him already and I could not have been more happy with the result of how it connects with the images so far. Your most favorite black metal bands at present – 5 examples?

Since my taste of music does not change very often, this present list is also how it was like many years ago. Unfortunately I don´t have the time anymore to explore new bands, so it´s the same old favorites for me…First of all I would like to mention Emperor, they truly have something in their music and lyrics that few other bands around have. I can not put my finger on what exactly makes them so special to me, but that´s a part of the magic of black metal. You can´t always define everything in little details, it´s the general feeling of listening to the music. Thorns needs to be on my list as well. Amazing band. Maybe one of the best bands ever, regardless of genre. No list is complete without Mayhem. Their music have been a part of my life for many years and I still enjoy the music today as much as I did 15 years ago. Nidingr is a band with a really unique sound and I enjoy the fact that you can still compose black metal without sounding like everyone else. This makes them interesting and different from many others. Currently I´m also listening to Den Saakaldte. I think they can come up with some very exciting things in the future too. Their last album shows that they are capable of creating the atmosphere that is the sole reason for me to still enjoy black metal.

Thanks for your time & consideration.
Dominik Irtenkauf, freelancer