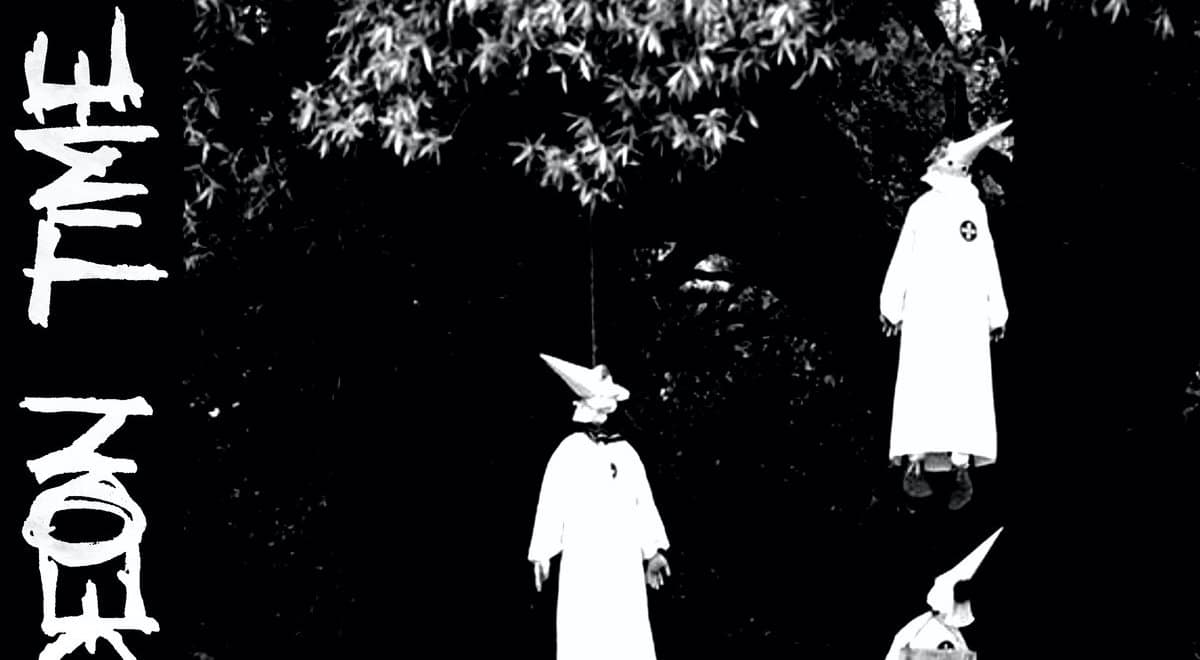 When I recently spoke to my mom, she told me that I have been a warrior against white supremacy since the day I was born! Real talk, she is so right. Maybe it’s the fact that my dad was born in 1927 into an America that was ruled by Jim Crow laws. During this time, a Black person could not look a white person in the eyes or speak out of order — just ask Emmett Till or the 3,446 African Americans that were lynched during this era. The above facts are the reasons why from day one, I have been drawn to protest music!

ARMAGIDEON TIME’s Crime As Theatre is a record that everyone who identifies as a Punk Hardcore Kid Metalhead POC Activist Schoolkid Normie and their family members should hear! Lyrically, this band is dropping straight knowledge that can empower us all! Black Liq is a beyond-gifted emcee, and now I have to give him mad props for being the awesome vocalist of ARMAGIDEON TIME. Musically, they have manifested a record that bleeds empathy while seething with righteous sonic rage! As a unit, this band has created a collection of songs that is meant to awaken the sleeping masses and give inspiration mentally on point!

I want to say respect due to both ARMAGIDEON TIME and their label Anti-Corporate Music for releasing this amazing record! Crime As Theatre will see digital and cassette release on May 6th, with a vinyl version to follow in the summer. Find physical preorders at the Anti-Corporate webshop HERE and digital pre-saves HERE.

Crime As Theatre is about detachment. Our society, our government, refuses to let us go yet tells us, “Don’t take it personal.” Ironically, our self-governance often echoes the same approach, as even if we do escape, we often find ourselves still unable to let go. Whether it’s on the news or posted on social media, it’s a crime we are only willing to try publicly as entertainment. None of us are innocent, we’re just not guilty.