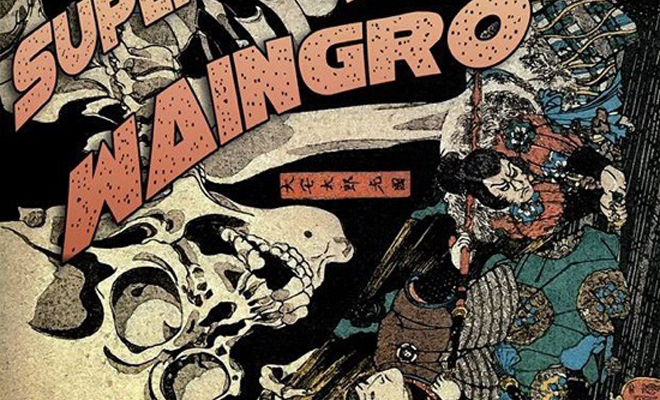 What is your motive in music – is it more leaning toward success in the music business or an artistic expression?

I have always been drawn to music because it is a means for me to express myself emotionally. I have a hyperactive sense of imagination, I am excitable, but I also experience bad lows. No matter what sort of mood I’m in, whether I’m on top of the world, or stewing in my own self-loathing, I can use guitar playing, singing, or writing words as a way to constructively focus my emotions. I feel it makes me a stronger, more self-aware person.

What would you prefer at a young age, years of music lessons or years of creating music, and why?

I took 8 years of classical piano, and simply hated it. However, it made me appreciate music on a different level. As soon as I quit, I picked up the guitar and started writing. I wouldn’t trade that experience for anything in the world. I’ve never been one to put much affection into other bands’ merchandise, other than sweet shirts. I will share my favourite concert memory though. Ozzfest 2004 (I think?). The headliners were Iron Maiden/Black Sabbath. I was still in high school. It was really a dream come true. Ozzy had laryngitis, or something, and was obviously quite frustrated. This is a sentiment I can relate to as a singer. His voice cracked during “Fairies Wear Boots” and he stormed off stage. The rest of the band (original lineup I might add) continued on a ten minute improvised jam out of the second chorus, which was simply mind blowing. Afterwards, Ozzy came back on stage and apologized sheepishly. He announced that if we would still have him he would continue to sing. Then they played “Children of the Grave.” I get woozy just thinking about it now.

Describe in detail at what age you decided to pick up guitar and made the decision you would like to be in a band, and why?

I was probably 13 or 14. I received a classical guitar as a Christmas gift. My best friend at the time had just started learning as well, and his older brother had the tab book for “….And Justice For All”. I really just wanted to cover “One”. Then we did, and once I got a taste of what it feels like to play in front of an audience… forget about it.

What is your favourite part of Astrakhan?

I like that we have a musical focus. We limit ourselves in what we try to write with that in mind. Because of this, when we do finish writing a song, it feels decisively like Astrakhan. Also, no bullshit. We have no problem scrapping what doesn’t fit, or tearing each other apart critically without any ego stuff in the way. If you were the director and your band was the cast, what kind of movie would you make?

What is your favourite Astrakhan moment you could tell mom?

There aren’t many…. probably getting to record with Jesse Gander, or play with all the awesome bands we’ve had a chance to open for (Anciients, Baptists, Tobeatic, Black Wizard, Witch Mountain, Holy Grail, Helms Alee and Barn Burner, Weed Eater to name a few).

Where would you like to see Astrakhan go 2 years from now?

I want to see Astrakhan consistently evolving both musically, and commercially. A label would be nice.

When Astrakhan started, what was the mindset behind starting up the band?

If you had to all sit in a cabin with each other for two weeks with no cellphone or TV reception, in 4 sentences, describe a synopsis of what would happen?