Negative Standards are fucking back. Oakland’s finest, most brutal, and most fucking insanely punishing neo-crust gem has returned with what is surely to become one the most savage, visionary, and uncompromising crust albums of the year. Anyone reading this site since the early days surely knows how much we’ve followed this band in is its unstoppable quest for total sonic annihilation. Over the course of their every release (their devastating 2010 debut EP from Halo of Flies Records, and their Vendetta Records-released insanely heavy 2012 debut album and 2013 split with Whitehorse), Negative Standards have made their savage blend of crust, doom metal, black metal, and noise something extremely refined, unique and unapologetic – something that stands completely on its own and is slowly but surely re-writing the rules of crust and the scope of the genre’s reach within the realms of total aural destruction.

Fetters is the band’s second album, completely self released (with help in Europe once again from Vendetta), and as always recorded by Greg Wilkinson at Earhammer Studios – a choice that has once again yielded a thick, huge, concrete-like sound against which the listener literally crashes to their death in a head-on collision with something massive and behemoth-like that will never get out of the way and that just can’t be pierced nor stopped. And while the record’s furious character and bleeding urgency has kept the band very much still firmly anchored in its proud punk, hardcore and crust roots, its also shows how Negative Standards have once again morphed, branched out and refined their sound with continued and copious injections of alien elements that can turn a release of theirs into a harrowing and visionary sensorial apocalypse.

While the band uses blunt force trauma downtuned crust riffs and raging d-beats to assault the listener with massive surges of crust punk-fueled hatred, within their releases you will also often find the band derailing and drifting into crushing and alienating sludge dirges that collapse the listener’s senses, burying them under massive landslides of suffocating chaos, and then launching into furious black metal rampages, only to then implode into surreal and immaterial sonic voids constructed with samples, field recordings and other abstract sonic matter. Negative Standards are in fact known for creating collage-like, kaleidoscopic songs, each one accompanied in the live setting by its very specific visual counterpart through the use of surreal (and often unsettling) and very particularly assembled video montages that create a strange and alienating sensorial implosion. Their albums are notoriously sewn together by obscure, often unsettling interludes and sound samples that intersect with the songs, creating a strange and alienating effect where it almost sounds like the band is using various audio-visual elements to tell a tale of absolutely harrowing violence, and depicting their view of the world in a way that shows how it is flawed, unjust, unfair, and corrupt it is at multiple levels. That’s why calling Negative Standards an “art”-crust band may seem a bit contrived, but isn’t too far-fetched. This band just puts so much on their artistic and sonic plate that their music just doesn’t stop at sound, it constantly goes beyond, eventually turning into an authentic sensorial war zone, an audio-visual collapse where the band both conceptually, sonically, and visually attempts to tear down mankind with anything it has at its disposal. Needless to say, much like all Negative Standards’ past releases, Fetters is another severe beating to the senses that comes accompanied with a deep and complex conceptual cruelty to it, and album that will have your adrenaline pumping out of control and the tension within your senses and perception rising to alarming heights. When opener “XIV” hits you with its spine-splitting breakdown, savage d-beats and skull-crushing riffs, you will immediately realize in what kind of lawless sonic battle you have ended up. And then when you hear the sinister and absurdly bleak samples of “XV” and “XIX” (courtesy of A. C. Way of Sutekh Hexen and Thoabath), you will soon realize that it’s far from just a “crust” album you have stumbled upon – it’s rather something much more vast, impenetrable and sinister that has its hands around your neck. While in “XVI,” “XVII,” and “XXII,” Negative Standards surgically remove the listener’s flesh from bone with a firestorm of violence, obliterating the senses in seconds and resolving everything with under two minutes of grinding crust punk terror. In other moments, like in the six-plus minutes of “XVIII” and “XXI,” the band proceeds to slowly squeeze forgiveness from the listener with a methodic, cerebral, and perfectly atmospheric excavation of terror from within the mind, punishing the senses with lawless sludge treads and causing deep pain with scathing black metal bursts that annihilate the senses.

Fetters had been on the horizon for some time now, supposedly for over a year, but its official release has been tampered with by absurd record plant delays. A tape version of the album has been sold at shows by the band for at least the last year, but those are out of reach and hard to find. Nevertheless, Fetters is now finally here and finally available in its entirety for everyone to hear on vinyl and digital, over a year after having been recorded. It is truly an amazing record that has shown us this band once again go above and beyond and reach a new high in their career, and has set such a high bar for modern crust that anyone who wishes to fuck with this band will have to spit blood and make a miracle to even match Negative Standards’ insane vision and artistry. Fetters LPs come with beautiful artwork by Reuben Sawyer – get them in North America from the band or in Europe from Vendetta. In this article:Fetters, negative standards 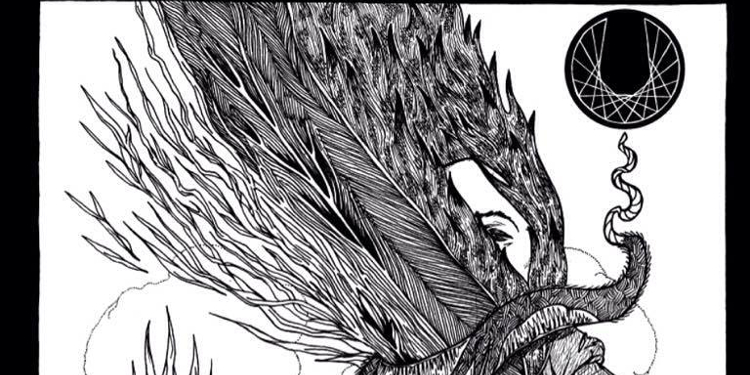 North American punx, get ready to rage – Bay Area blackened doomy crust heathens Negative Standards are coming to a punk house near you to shatter your existence... 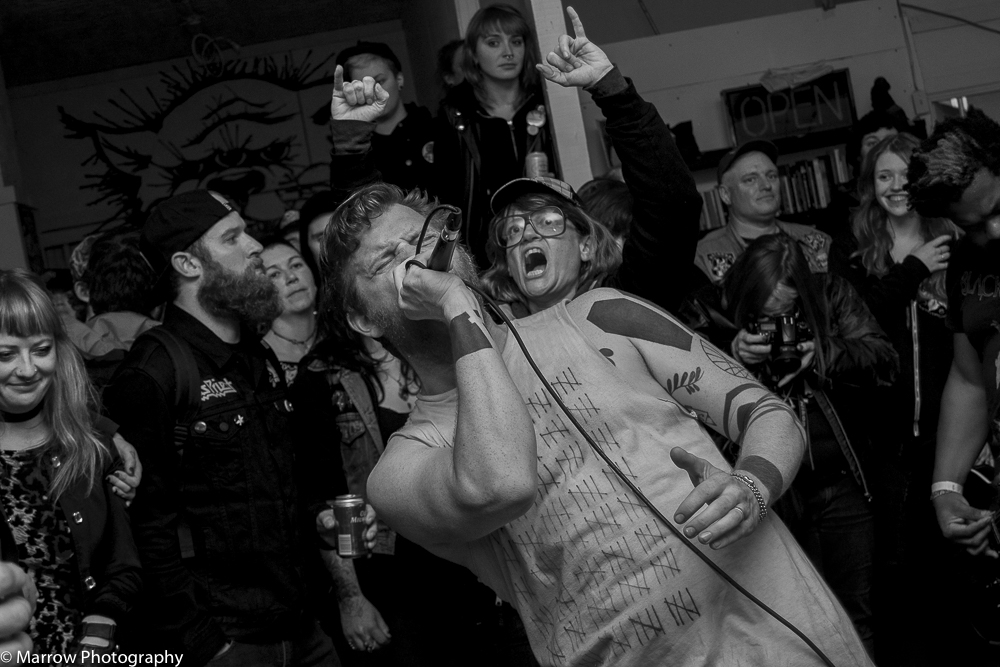 Photos and Text: Colton Bills Being a South Bay Area transplant I was more than happy to hear that Negative Standards were coming to...