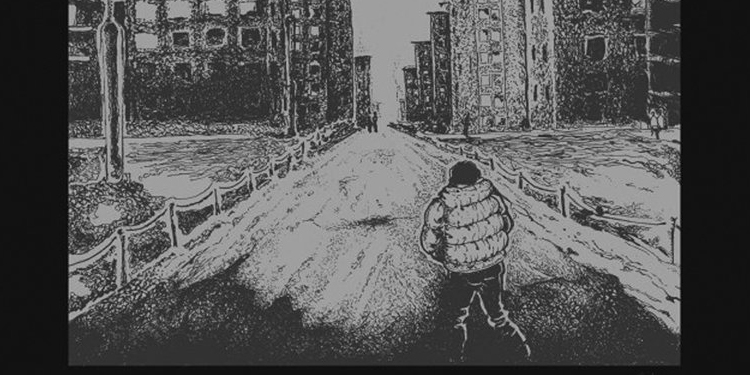 Being in a band isn’t an easy endeavor. Even with the right chemistry between members, the sheer number of obstacles a project has to jump over can be daunting. It can strain relationships, or even outright destroy them. Just recording an album is enough stress to cause even the most battle-hardened band to split up. That’s what makes a project such as Art of Burning Water so damn special.  A band that has been trucking along for over ten years and released numerous full lengths and splits, each one having stayed true to their collective ideals and visions, never compromising or relying on a major label’s support. That’s what makes our scene of music so special and unique – that a group of people can come together and craft something without bending a knee to peer pressure or trends. Such is the case with A.OF.W.’s newest full-length Between Life And Nowhere.

For those unfamiliar with this trio’s sound – brace yourself. They manage to stand atop a few different styles, without ever copying anyone in particular, rooted in a ferocious sense of urgency which His Hero Is Gone trademarked and injected with a healthy dose of Converge-esque insanity. What makes this scene of music – and I’m using the term “scene” to encompass everything under the tent of extreme metal – so invigorating at times is the different approaches a band can use. What really excites me is when you can tell a band is playing from the heart and not just some formula for success. That you can almost taste the sweat and tears poured into each riff and passage. And yet again, Art of Burning Water have done that just that.

From the moment “Rambo Survival Techniques” starts,  the earnest approach and frantic pace cascade out of the speakers. Vocalist and guitarist Grief screeches with such vitriolic and caustic intensity that one can almost imagine him fronting a basement dwelling Black Metal project. His vocal range found throughout here adds such a level of angst and fury to the already bombastic drumming of Mike and the earth-rumbling bass sound conjured forth by Kunal. While this band has cemented their sound in the aforementioned D-Beat Hardcore attack, they never shy away from branching out.

When assembled together, these three primal forces have wrought some of the most neck-breaking moments I’ve heard this year. The second track, “Prime Example of a Lonely Child,” contains the first real moment of sonic devastation. With a massive, terrifying riff that moves mountains and causes the foundations of skyscrapers to crack. This band has always brought some staggering passages to each of their albums. But upon having my face broken against the wall of sound they’ve made with this song, I knew immediately that this record is the best one they’ve put out in their long career.

A.O.B.W. have always done a stand up job of marrying the political and personal in their abrasive style of Hardcore. Much like the forefathers of this sound – From Ashes Rise and His Hero Is Gone – A.O.B.W. deliver their own fiery brand of righteous indignation with a sense that their message is futile in this crumbling world. Songs such as “Prone to Bouts” and “Alesha” blast across the speakers with a rage-fueled bombardment that leaves one twisting in the dust as the song settles.

The melding of traditional elements from the D-Beat Crust scene and more Metal-aligned Hardcore conjures up some great moments in these songs. And the surprising thing is just how fluid they weave in and out of those influences. It’s hard to pinpoint at times where the band is going on certain tracks or portions of the album. But that fact alone is a testament to how powerful this trio is together. They keep you guessing at every turn chaotic turn and down tuned riff.

The final track, “Kindness is Strength,” absolutely steals the spotlight as the best song on here. The delivery and assembly of the album has led up to this point. The juggernaut-sized riffs. The battering of fists against the social and economic walls society has constructed. The mindless toiling of wage-slaves and those whose faces are glued to their cell phones. The anger and frustration that one has as they watch the world slipping into a bleak future. The song has such a commanding sound that even while we look out our windows, a sense of hope for fighting the good fight washes over you. Boiled down into it’s essence, it’s a triumphant track that inspires one to go out into this fucking world and make it a better place. It’s what Hardcore should do at the end of the day: inspire you. Moreso then their other releases, Between Life and Nowhere finds the band still worming their way through moments of feedback and spaced out madness. But even with that, this album feels much more streamlined and concise then anything they’ve done before. I’ve loved everything they’ve released, but this record seems like it was crafted as an ultimate expression of how the band sees this world. A world that is populated by those who wish us harm. A world torn apart by war and religious zealotry. But also a world that is fighting back. That finds inspiration in the flowers that spring forth from the cracks in the concrete. Between Life and Nowhere is a reflection of that notion. And for band that is still somehow relatively unknown to deliver something of this emotional caliber, it makes me question just about everything else around me. If that’s the intended result of this record, well then, they have done a remarkable job at their mission.

Advertisement. Scroll to continue reading.
In this article:Art of Burning Water, Between Life and Nowhere 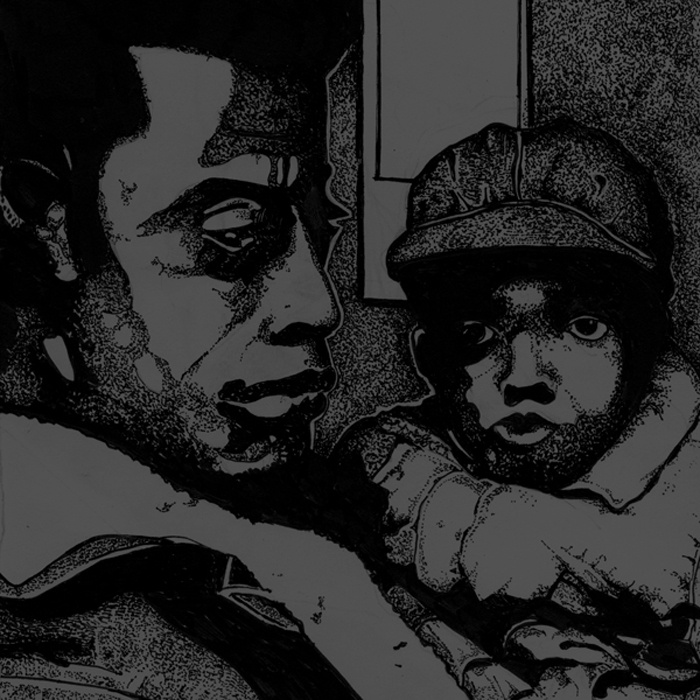 Art of Burning Water
Living Is For Giving, Dying Is For Getting Review + More

Holy shit. All I’ve ever wanted out of my out-of-date, wishing-things-were-like-the-old-days musical addiction lately is a hybrid of His Hero Is Gone and German...