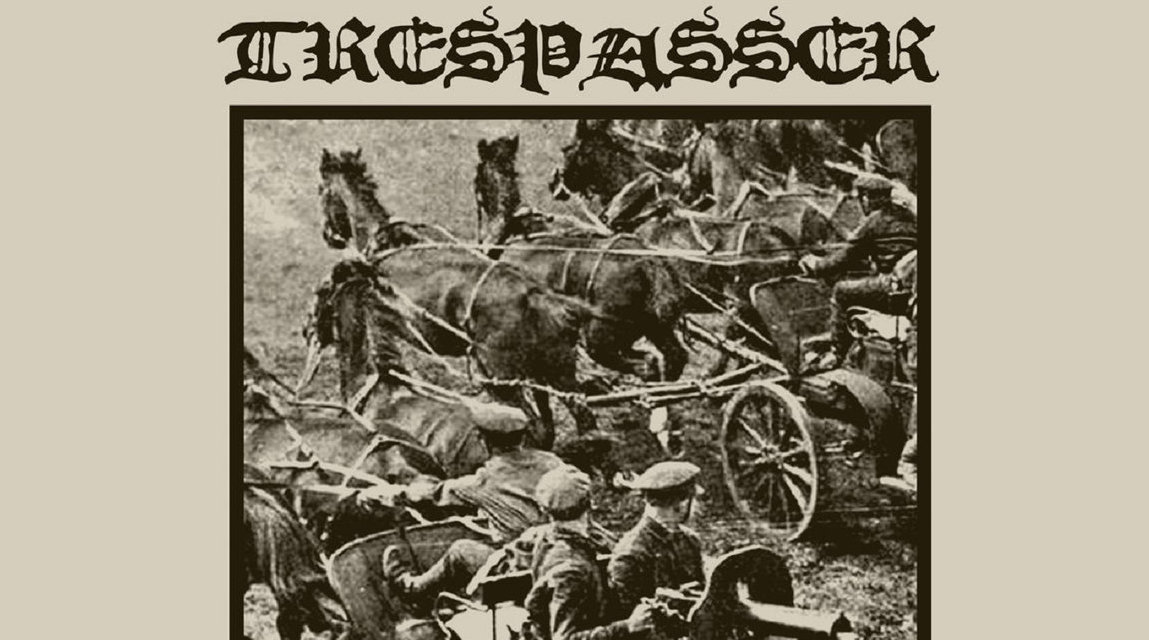 Trespasser hails from the Ukraine, and their first release title is written in Ukrainian and I can’t even with those letters on my English keyboard, but I’ve read that it roughly translates to “Why Didn’t It Work?” I can’t answer that question in regards to history, but I can tell you what did work here: this band made a debut album that is a feast of Black Metal riffs, hearty pride, and fierce resistance.

This Sweden-based band is full of fire and fury and righteous intent. They released several demos before putting together this album that is a scorching swath of power and anger. The lyrics deal with the struggle of anarchist workers in the Ukraine lead by the infamous Nestor Makhno, a real life figure that fought for the people during that strange time between the two world wars. Makhno was the leader of an anarcho-communist party in the Ukraine and the commander of their army from 1917-1922. He led several defenses of his homeland against the Russian White army, the Russian Red army, and basically any interloper into the Ukraine at the time. He wanted to establish an anarchist life for his country but was driven out in 1921 where he eventually fled to Paris and died of tuberculosis. He is known as the inventor of the horse-drawn platform with a mounted machine gun known as the “tachanka.” His spirit of independence certainly inspired Trespasser, because this band goes full-tilt into war with their debut.

This album is a nice, brittle, vicious display of second-wave Black Metal, with tornado riffs and blastbeats that will pummel your skull. If the lyrical content puts you off because of its leftist slant, the music will surely win you over. There’s more than enough melody in here, with twin-guitar leads, to give the brutal aspects more impact. Because there is no mercy here. The production is clear and bright, reminding me a lot of Emperor, minus the symphonic content. This is no sludge-fest, no slog through the mud. Tornado is the best description, I think, the guitars and drums combining with the sometimes strangulated vocals to create a whirlpool of rage and stomping, war-like aggression. The songs are interlaced with samples of patriotic songs, sounds of battle, and other bits and pieces that add to the overall atmosphere. Again, I cannot say enough about how the smaller melodic moments really add to the whole, giving the listener just enough time to catch their breath before being plummeted back into the whirling machine of death.

If you’re a fan of 90’s Black Metal, you’ve found a new friend here. This album throws back in all the right ways while steering the course forward. Nothing sounds dated here, just fresh takes on a classic sound, mixed with some high-octane politics and righteous wrath. “Anarchist blastbeat madness” is what one of its creators called it, and I think that description is most apt. Trespasser emerges as a new band to watch for, and one you should enjoy right now.