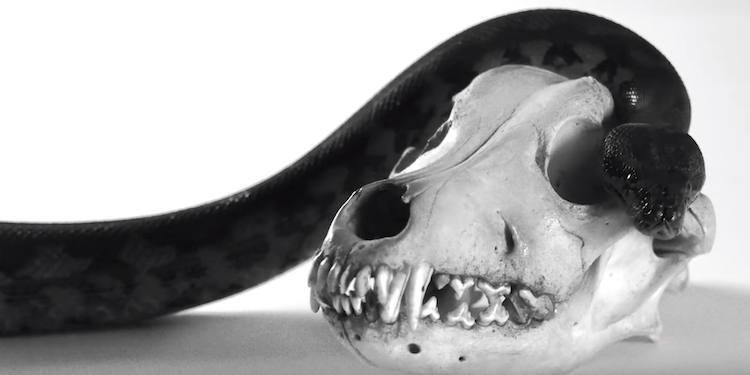 Right now, my province and my city are in crisis. The federal government is attempting to push through Kinder Morgan’s Trans Mountain pipeline expansion, despite opposition from almost half of BC residents and the BC government. It’s causing a trade war with our neighbouring province, Alberta (the Texas of Canada), and exposing Trudeau’s promises of environmental protection and climate change action as lies. The battle is in the courts, and on the land where anti-pipeline protesters and indigenous groups are trying to prevent its expansion into delicate ecosystems populated by endangered species, blasting its way into Vancouevr’s harbours.

So I am both inspired and terrified when listening to SÜRYA’s captivating track “Black Snake Prophecy.” It feels like the impending doom that sinks into the pit of my stomach when I hear Canadian politicians talk about economics, instead of the bleak future we are leaving to our children. They capture the gorgeous atmosphere of their song with a stunning video, directed by Fernando J. Martínez, who uses imagery of a world that may soon be a thing of the past. “Black Snake Prophecy” is of SÜRYA’s album Solastalgia, coming to you on July 26th from Argonauta Records. We’re honored to be premiering the video for “Black Snake Prophecy” below, plus read about the inspiration behind the song from the band themselves…

The song Black Snake Prophecy was inspired by a Lakota and Hopi prophecy. The story is that of an apocalyptic black snake, called Zuzeca Sape that would slither across the land, desecrating sacred sites and poisoning the waters, before destroying the earth. If the snake crossed a mighty river it would be a sign of the beginning of the end of the world. If the snake were to be prevented from crossing, it would be a sign of a new age of peace and cooperation. This story came to popular consciousness during the NDAPL protests, but the song is about water rights and protecting our Earth in general. And, it should be added, that particular pipeline is now operational and transporting 500,000 barrels of oil per day. An occurrence of dire portent if the prophecy is to be believed…

We’re truly grateful to Fernando J. Martínez for directing and editing this video, as well as his friend’s reptilian companion, who we can assure you was not harmed in the course of filming.

In this article:argonauta records, london, surya