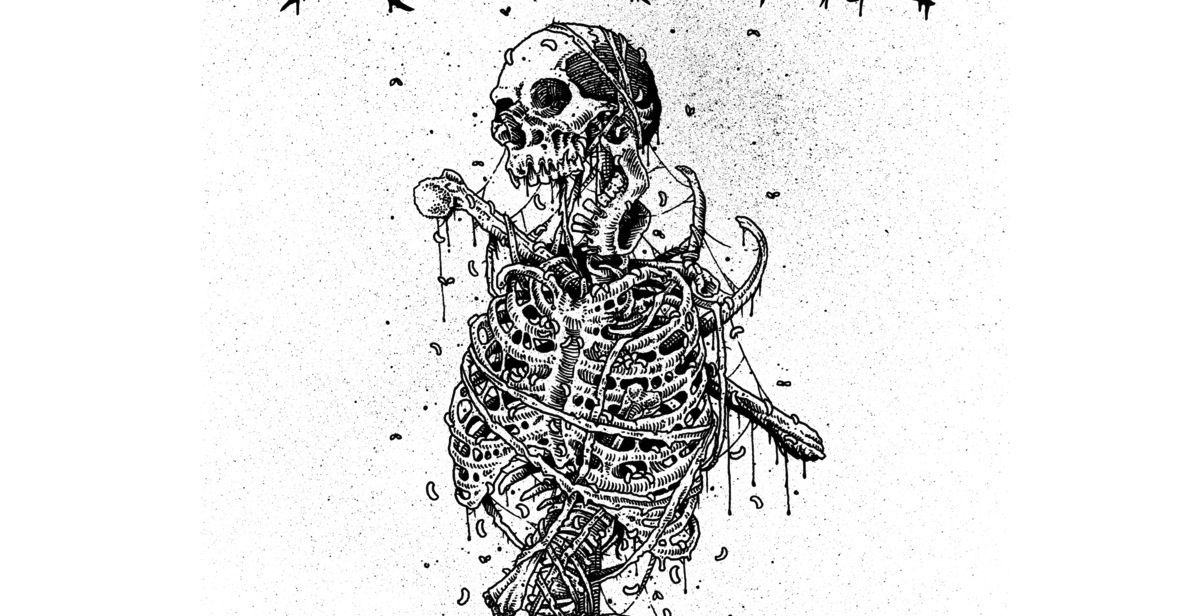 Had I been a fish and not Al Necro, I would have splurged on a wormfeast. What we have here, ladies and gents of the cvlt world, is Wormridden, and their festering sore of a demo aptly called Festering Glorification.

Old-school death metal reviews March 2015 is still on, and these doomy mothers Wormridden are a blast to play loud enough for continents to sink into the oceans. Glory, glory, glory to festering death metal. These guys play primitive chugga-chugga to go with the downpick-uppick guitar pick-destroying style that old death metal bands had started out doing.

Forget fast all the fucking time, brothers. These guys mix up the tempo with some good amounts of doom, but no lachrymae to be found here. Just total destruction. The guitar riffs are so heavy, each downpick sends treble deep enough into ditches to wake up the dead in old, forgotten graveyards. Just two songs on this, but its a name-your-price download fest for all lovers of slow, rotting osdm. Track two particularly, “Rotting Beyond Belief,” brings up guttural growls sounding like Satan’s belches and slow thuds with enough pace for a turtle to beat a worm by miles.

Dudes, don’t skip out on this festering demo of must-listen-to death metal from your grandmother’s mausoleum. This is prime stink-fest, so shower in slime and grime. Tell your friends to wipe their asses at the door before they check out the local dance clubs. Play this fucker loud and watch the lowriders break down in heaps of rusty spare parts.

For vinyl lovers, head to Me Saco Un Ojo Records for the stenchy 7″. For cassette fanatics, check out the tape by Extremely Rotten Productions some time soon. Have a blissful blood shower everyone!