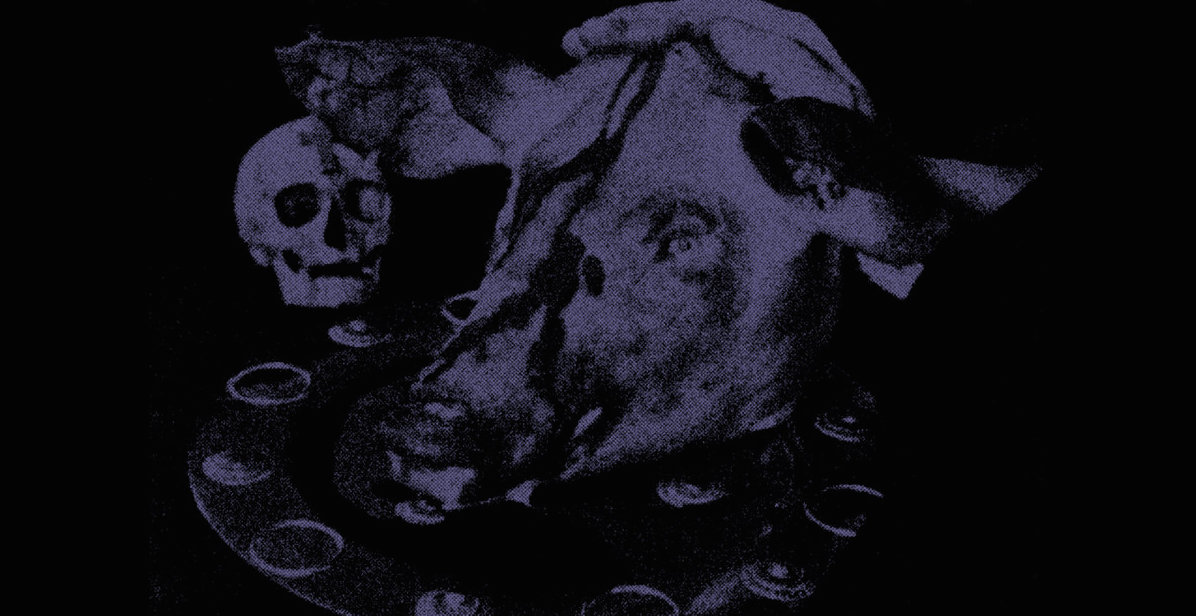 Here at CVLT Nation, we are hell-bent on featuring obscure underground bands that are deserving of more attention regardless of hype, popularity, or record label marketing money. It is clearly the day and age for the DIY scene, and there is no better depiction of this trend than with the existence of demos such as those of Milwaukee death metal band Pigs Blood. Pigs Blood features former members of bands Enabler and Abaddon. The band name, Pigs Blood, gives the band’s music fitting description, as this splattering of death metal carnage makes a very good accounting of itself on their self-released debut demo for 2016.

Pigs Blood may be entirely new as a musical entity, but their death metal style and execution suggest a band with seasoned veterans amongst its ranks. Like a cross between modern-day Suffocation and Cannibal Corpse, there’s some brutal death to be heard from the band’s music, as well as some chugging classic death metal presented with a modern approach. Pigs Blood plays take-no-prisoners death metal that grabs you by the balls and refuses to let go until blood spatters on the walls. Their debut demo is a hit at CVLT Nation headquarters, and should be a regular staple of your playlists.

Perhaps comparable to Tomb of the Mutilated-era Cannibal Corpse, Pigs Blood also reminds me of death metal purveyors Tormention. Comparisons are meant only for the sake of depiction, describing the music and approach to songwriting in a way that helps fans discern whether a band’s sound is tantalizing to their tastes. If Pigs Blood sounds like your cup of tea, then stream the track and let the audio carnage begin.

Curious that two members of the band come via the ranks of hardcore stalwarts Enabler, this Wisconsin act brings almost no reference to that fact on this debut demo. Perhaps on a small scale, the chugga-chugga riffs sometimes hint at a hardcore salvo should the pace pick up, but Pigs Blood saves the chugging riffs for sections played at slow to mid-tempo paces. In other segments, they downpick and shred to the tune of blastbeats. Like a bash to the head, Pigs Blood plays intense death metal not meant for the faint of heart. The guttural growls sound like deep, bellowing gurgles. The high-pitched vocals provide contrast to the vocal roars. The guitar riffs are catchy and devoid of wankery. The rhythm section is adequately supported by the quality production. In particular, the drummer loves to use fill-ins. The bass backs up the tom-tom hits nicely, adding basso profundo thunder to the bass drums.

The tempos sometimes run the gamut of stop and start riffs. Although the guitars aren’t downtuned to doom metal levels, the riffs hardly ever stray up the guitar’s upper frets. The drums lend an organic, straight-forward live sound to the record. The songwriting is effective if not stellar.

Neither overproduced nor lacking in polish, the production values used for the demo on digital format is still highly-enjoyable. The download is therefore recommended as there are no analog versions of the record thus far.

With no tracks playing the length typical of songs with ambitious runtimes, Pigs Blood’s demo is a short, catchy excursion into back-to-the-basics death metal. Fans of slam death metal or technical death metal full of melodic touches will shy away from this release, but fans of those aforementioned styles in need of a catharsis should still check this out, as Pigs Blood play savage but fun death metal for death metal enthusiasts who crave for both old and newer styles that are fittingly brutal. If you like Cannibal Corpse’s less technical approach on albums like Tomb of the Mutilated and Eaten Back to Life, you may love Pigs Blood’s debut effort.

Only death metal fans need apply for this massacre. Socialist beats sometimes lead the way to rudiments, and blastbeats are not far behind the ensuing slaughter. There’s really little convincing anyone can do with a five-hundred word essay than a simple listen can inspire. Play this hacked-up-for-barbecue death metal terror now, or instead, play that mediocre slab of major label fodder to the chagrin of your stereo speakers.

Clearly another indicator that the underground offers significantly more substance than major label bands can deliver, Pigs Blood is a promising project for 2016 and onward. For death metal of uncompromising brutality and accessibility, Pigs Blood’s debut demo is highly recommended.