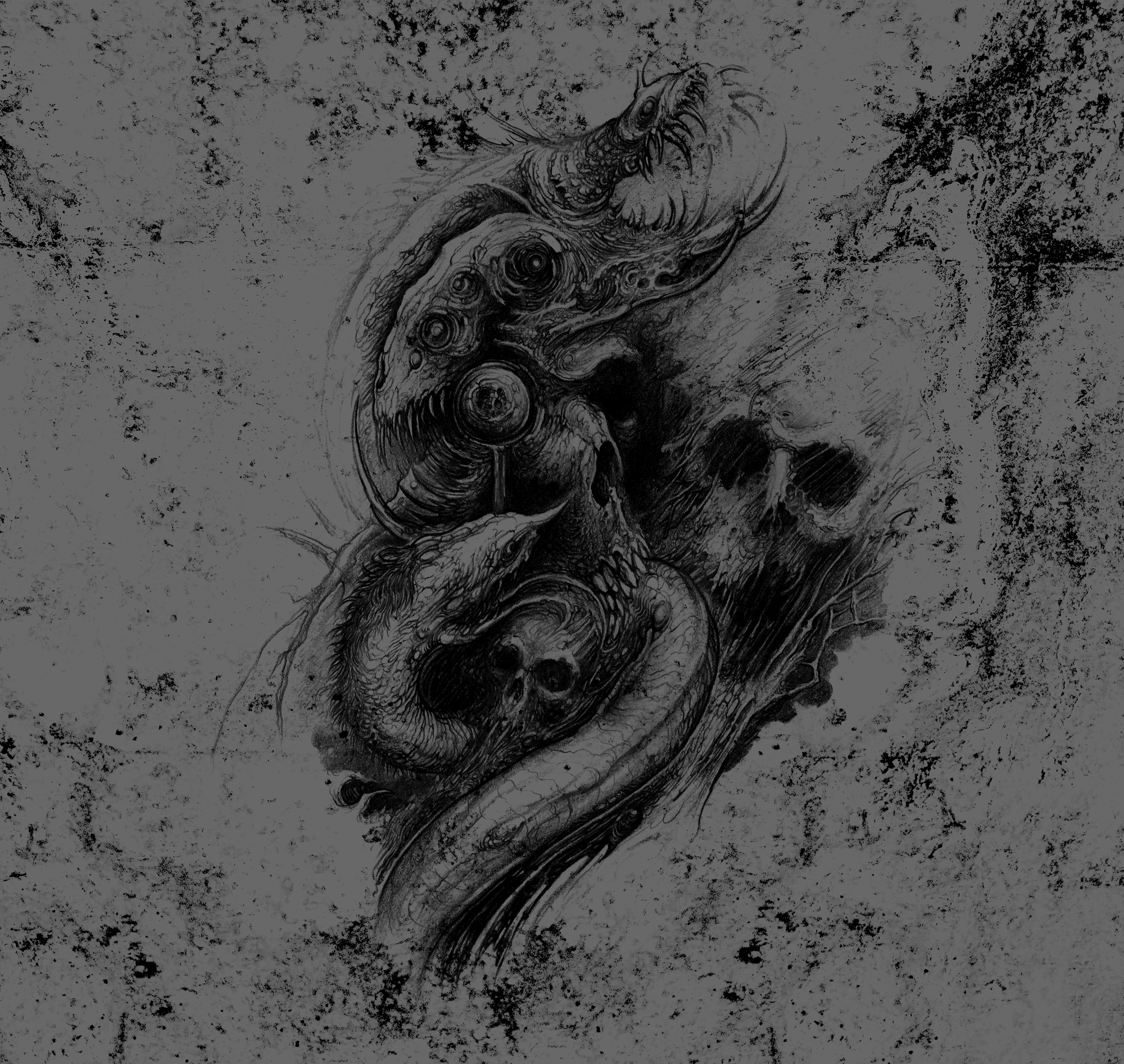 Dark death metal or bestial metal, sub-genre titles can be confusing. Both titles might do some justice for the band Eucharist, who are from Australia and are signed to Iron Bonehead Productions for the release of their cassette, Demise Rites, a compilation of older material re-released.

Eucharist reminds me of Demoncy or Grave Upheaval. The guitars sound like wind noise and the cymbals are the only audible parts of the drums. Cymbal crashing, guitar whirlwind basso profundo thunder – what more could you want? This isn’t melodic death metal in the least bit. The guitars are impossibly down-tuned, like the riffs were played from a discordant bass guitar. The vocals sound like they’re heavy with effects. If a cave grew a larynx, it would probably do this kind of vocals. Should the Kracken gurgle while swimming deep in the ocean’s trenches, it might also sound similar to this.

At the end of side A, “Tenebrous Summoning,” there’s electronic noise. There’s actually some ambient trickery here. Think Aevangelist without the chugga-chugga riffs. On Side B, “Demise Rites,” the drums can be heard. Noise adds an extra layer of fuzz to the dense, dark wall of sound. The production might irk fans of conventional metal. It is very necro, very dark. During faster sections, the music sounds like a sandstorm going through a wind tunnel: low, bellowing, suffocating, and absolutely beautiful.

The pace lurches at times and the riffs are ‘reduced’ to earth-shattering downpicks. The riffs no longer sound like string music, sounding closer to Cthulu rolling over on her belly and half the earth shaking from the teutonic intensity because of it.

Maybe the band used karaokes instead of amps, tuned their guitars to sound like they downpick molten steel and maybe had a set of cymbals lying around. All I know is that the effect is magic. There’s few people in this galaxy who can withstand listening to this album, so if Grave Upheaval or Set is your slice of pie, listen to this and support the band. This promises to be even better in cassette format.

It’s just too bad the album doesn’t last forever, as I’ve let time slip by while I choke myself with an imaginary garrote. Heck, it’s probably the music doing it, choking every last gasp out of me as they play close to thirty minutes of asphyxiating death metal. The vocals are awesome. The guitars are awesome. You can’t hear the drums, but that in itself is kinda awesome. Wonderfully dark and morbid in every sense of the word, Eucharist’s Demise Rites might be the coolest record you’ve ever heard.

Oh, yeah. Like I said, they’re from Australia, which might just spawn some of the darkest metal on earth. Iron Bonehead, where the fukk did you unearth this classic platter?