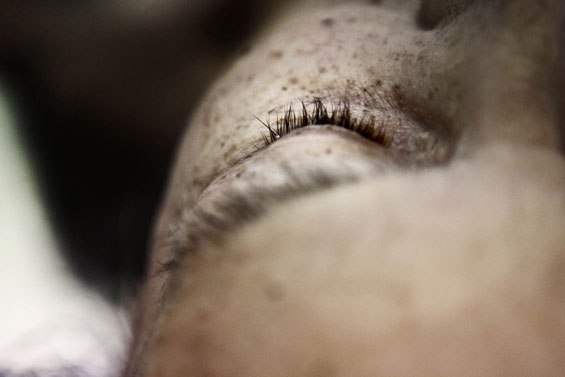 Cathrine Ertmann tells the story of the morgue with her photo series “About Dying.” This cold, clinical place where our rapidly decomposing corpses will lay like dead meat on a marble slab is where most of us will pass through on our journey into the earth. Ertmann, a Danish photographer, allows us a rare glimpse into a place that is reserved for a few living experts and the dead masses. After my post about Sky Burials yesterday, I have to say that looking at these photos makes the prospect of being consumed by vultures all the more attractive. Although there is a certain beauty in these portraits of death, there is also something so lonely about them. Check out these moving photos below and on her site, plus read her descriptions of the subjects. Muscular stiffening begins between four and twelve hours after death. It starts in the neck and makes movement of the limbs impossible. When it reaches the scalp, it can make the dead body’s hair rise. Like goose bumps on the living. His breast isn’t moving. The cells in his body have carried out the last of their work, the mechanisms have come to a halt and he is now not going to get any older. In the chapel of the Pathological Institute of Aarhus University Hospital, the dead are received. Here they are dressed in clothes, their hair is combed and they are laid in the coffin, before we can say our last goodbye to those we have lost. Here are lying women and men, girls and boys on ice, because they were careless, because they were unlucky, or because their time was come. This woman was found dead in her home. She has just been through an autopsy, which confirmed that she didn’t die the victim of a crime. Soon her body will be dressed and laid in the coffin. The only complete certainty in life is that one day we will die. It is the most certain thing in the world, and the biggest uncertainty we experience of the world, because nobody can say what will happen afterwards. Maybe that is why we find it so difficult to speak about death. And maybe that’s why it is hidden away, under linens, in inaccessible dedicated rooms, in cold corridors beneath hospitals. What would happen if we saw with our own eyes. If we got a picture of that we already know. That the body is perishable, that it can be torn apart, that it becomes stiff and cold, that it rots and that in the end it is only the shell we inhabit while we are alive. In the crematory, the coffins are burned. Flowers are removed, but drawings, cards and pictures accompany it in the big oven and are burned at 850 degrees. It takes about an hour, an hour and a half to transform into ashes. If there are bone fragments, they are crushed, and the ashes put in an urn. Afterwards, the urn is laid in the ground, or maybe scattered over the sea. On the walls hangs a banner. It says in Latin: “Here the dead help the living”. It reminds the porters of the importance of their work, when a body is dissected and the doctors determine how an illness has killed a person. The autopsy is agreed upon with the deceased’s next of kin, unless the deceased themselves gave permission while alive. In the chapel family member and a friend say goodbye to the man in the coffin. There are blue and reddish blemishes on the body. These are death’s bruises, telltale signs that the cells have stopped their work and the blood has rushed to the lowest spots in the body. A label around the toes reports the essential information about the deceased. If the label is orange, they’ve been taken in by Falck. If it’s green, they come from one of the hospital’s departments. It tells when death occurred, if an autopsy needs to be conducted, and the name and social security number. Some plan what clothes they want to be have on when they are laid in the coffin, but more often it is the family who chooses. If no decision is forthcoming, the chapel provides a shirt for the dead. The garment is cut in the back and behind the arms, so it is easier to dress the deceased in it. Sometimes the wish is expressed that the deceased should be naked. In the 6-hours-room lies a man under a blanket. Before six hours have passed from the moment of his death, a doctor will examine him, looking for the signs of clinical death. Irreversible interruption of the breath and the heartworks. Death marks and stiffness. The red cord has never been used in the chapel in Aarhus, but it’s there anyway, so that the person under the cloth can call for help, should they awake. During an autopsy the body is opened from the pubic bone up to the throat. All the organs in the breast and the abdominal cavity are removed and examined after the cut is made. The brain is removed from the skull and examined. When the autopsy is done, the table and the floor are hosed clean with water and soap. A man has his hair combed. He lies in a coffin and is dressed in a shirt and blazer. He won’t be viewed by his relatives, he just has to look good until the lid of the coffin is screwed tight with the small screws. “It’s only hard when those who are too young to have died come in. Those who should have experienced much more. Those who leave behind small children. Otherwise it is really just as natural as being born, and that we don’t hide away”, says Michael Petersen, who directs the work in the chapel. 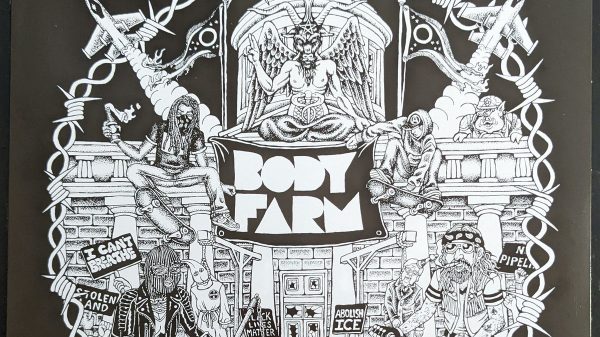 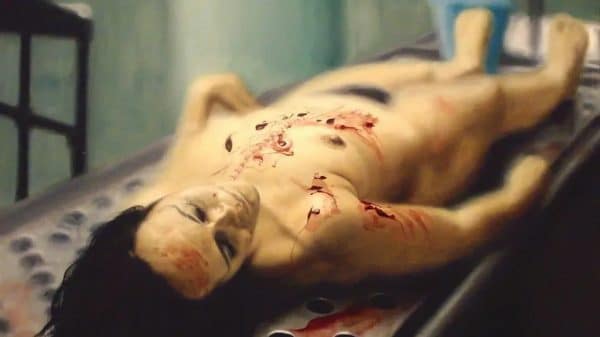 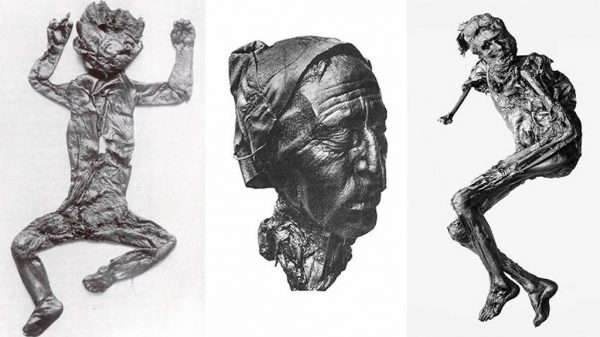