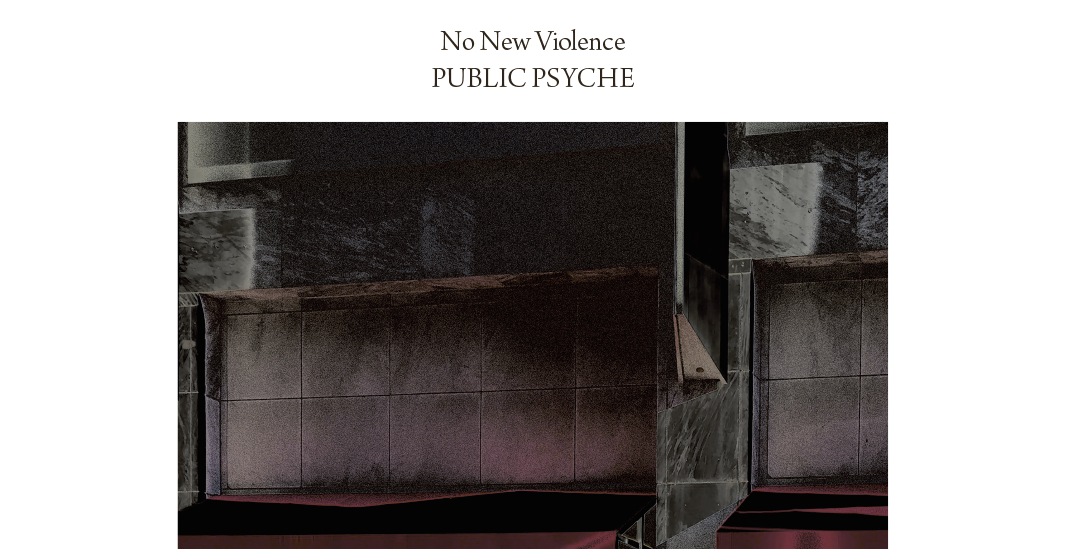 In light of their new LP “No New Violence”, Belgium synthy psychedelic post-punk band Public Psyche has quickly become a band I’m dying to experience in-person because their music feels like such a trippy, out-of-body adventure. Think Alice In Wonderland meets Robert Smith, at least for the first couple of tracks. This is music you smoke a blunt to while you stare at the ceiling if you’re listening at home, but what I’d give to see these guys live! I imagine it feels like you’re in the film Videodrome. Public Psyche (previously known as Rape Blossoms,) has actually been around since at least as far back as 2011, last year having put out a Joy Division cover split with Shadowhouse and toured with A Place To Bury Strangers. This, however, is their third LP and their first under the new name.

The title track “New Days” completely sets this ethereal, trascendant tone. “Bleached” doesn’t exactly bring you back to reality, although it’s a bit more danceable and upbeat. Particularly this track reminds me of Tones On Tail or even Fad Gadget. Some would describe this as space rock meets post-punk. “Elevator” sounds straight out of the 80s for me and is easily among my favorite tracks on the whole album. Intense, atmospheric, and Eastern influenced, it’s a pure highlight. The vocals are the fucking best. I can easily listen to this track on loop. “Veil” (which premiered on Cvlt Nation back in July) puts you right back into that dream state, opening with an ominously catchy bass. In fact the bass lines and synths are the best part of this song, quickly making this my favorite track on the album. “Patterns” is another one of my favorites on the album. It has such rich, delicious post-punk flavor in both sound and vocals, I can’t help but let it overcome me. I’d kill to dance to this at Lovecraft– the beat is perfect! “Desire Lines” is a slow burn featuring female vocals and it’s likely to tame any cybergoth’s heart with its Bauhaus influences over trippy psychedelic, electronic beauty. It really feels like an intimate jam session with a variety assortment of elements. By the end you’re like “What the fuck? It’s over? Seriously?” It’s okay, you can always start the album over. Order your copy today from Hypertension Records and don’t forget to follow the band on Facebook!