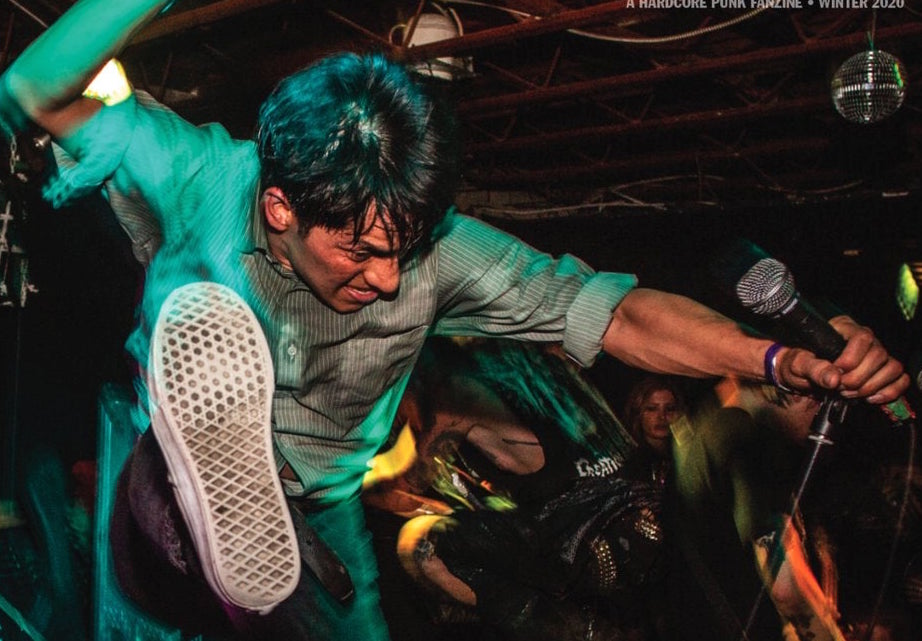 Hell fucking Yeah! RAZORBLADES & ASPRIN is the best Punk Photo zine on the planet and I say that without apology! Michael Thorn’s vision is so spot on and I love the way he brings scenes from all of the world together. Today I want to share with y’all seven bands that were featured in the last issue because they all are rad and gnarly!!! If you haven’t checked out RAZORBLADES & ASPRIN keep your eyes open for issue #12.

You know how DISCLOSE did that split with FRAMTID in anticipation of a US tour together that didn’t happen? Well AFFECT studied, with committed dedication the DISCLOSE side while LÖCKHEED took careful notes on FRAMTID’s contribution – though they added a bit of UNCURBED to the mix just to spice it up.

Ripping d-beat from San Diego that takes a “noise not… well maybe music” approach. Not the typical tuneless distort-o-rama ramp through songs about “war is a bad” but instead we have memorable riffs which pack a wallop. Really solid.

Seven blasts of excellent dynamic hardcore from the UK alternating from molasses sludge to 1000mph blasts with occasional mid-tempo breakdowns. It really reminds me a great deal of 90s bands like ASSHOLE PARADE.

I believe this is former members of SLIMY MEMBER but not 100% on that – have you ever listened to those Bullshit Detector comps CRASS put out? It’s decidedly punk, a little goth, a little off-kilter but more well put together than much of that stuff. It’s got a lot of that sort of bouncy mid-paced aggro that HARAM projects musically though mixed with something more UK82. Super into this tape – hope to hear more soon.

Oakland’s KORROSIVE latest release is this stomping single track flexi dedicated the memory of the horror that was Hiroshima. It’s a slow, rhythmic and nearly hypnotic track which leans heavy towards sounding like something APPENDIX would have created in the lab.