This is a great dark postpunk LP, played by musicians that obviously feel comfortable playing with each other, much like – in fact – One Last Wish, the old DC post-Rites of Spring post-hardcore band. Sonically, this is very akin to a The Mob-meets-The-Cure project, but with some hints of punk energy a la the old DC Revolution Summer stuff. Just fantastic. Alexander’s vocals are very lush and evocative. His vocals get compared to Robert Smith’s a lot, but that seems very lazy to me – he seems more like Mark Wilson of The Mob, for whatever that’s worth. The guitar playing takes some cues from Joy Divsion’s Bernard Sumner, but not always.
Red Reflection” is just a great postpunk album. You could play any song on “shuffle” and be pleasantly surprised, whatever track came up. I don’t know how I could give any band any higher recommendation than this. Indeed, if you are a fan of The Mob’s more introspective stuff, this is for you. (The fans of The Mob’s more aggressive, punk side would be well to check out Seattle’s Arcane.) And if you are a fan of Pornograpy-era The Cure, of course you won’t be disappointed, either. Underpass will be embarking on a tour this Summer with fellow Pacific Northwest postpunkers Soft Kill. CVLT Nation Captures TAAKE At The Siberia in NOLA 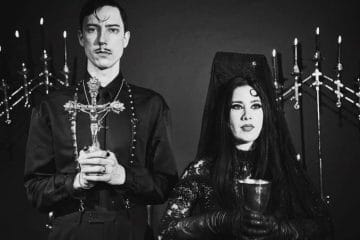 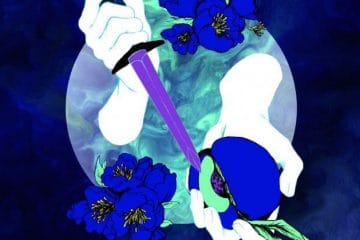