There’s a reason I always refer to the original deathrock phenomenon as a musical movement from the southwestern US, and not just a Southern California thing, which is how it’s treated by many writers. Granted, the movement is primarily associated with, and fundamentally indebted to, foundational bands from the LA area – bands like Christian Death, 45 Grave, Kommunity FK, the Super Heroines, and others. But there were kindred spirits in Nevada from the late 1970s (Theatre of Ice), Arizona (Mighty Sphincter; and the Arizona punk band The Consumers moved to LA from Phoenix, helped form 45 Grave, and indeed supplied almost half of 45 Grave’s song catalog), and the Central Valley of California by way of Bakersfield’s Burning Image.*

North California, to many, is not culturally “the southwestern US,” but the Bay Area had some showings among the deathrock crowd in the 1980s, and this is where Altar de Fey come in. Indeed, a friend of mine has remarked that Altar de Fey’s new Echoes in the Corridor LP may be the only truly deathrock album to come out in 2016 (I understand the sentiment, but am not so sure I agree). The new LP is streaming below.

Altar de Fey have roots in the oft-neglected historical deathrock and goth-punk scene of the San Francisco/Bay Area, and a great compilation of their mid-1980s pieces exists – Original Sin: An Anthology of the Early Years. This new LP, however, is a mix of new and re-worked older material.

About their 80s California deathrock past, Altar De Fey drummer Aleph Kali – who has also served as drummer in Chrome, among others – recently told me, “our San Francisco contemporaries at the time [1984/1985] were groups like Our Lady of Pain, Fade to Black, Thrill of the Pull, Wages of Sin, Beast, Nothing Sacred, and eventually even Specimen and Rozz Williams relocated here.” The Church of Satan, The Nuns, and the relocation of NON and Boyd Rice to San Francisco also colored the strange Bay Area milieu of the time. LA deathrock band Radio Werewolf also became closely involved with San Francisco’s Church of Satan (indeed, Texas hardcore punk bands like MDC and DRI, among others, also relocated to the Bay Area in this same time period). Altar de Fey initially broke up around 1986.

An old article about San Francisco deathrock at Wages of Sin’s website writes:

It seemed as though almost over night bands had formed [in the Bay Area] and were forming that were considered gloom-and-doom like Altar de Fey, Our Lady Of Pain, Thrill Of The Pull , and The Black Dolls, to name a few. Shadow Image had songs that were moderate to fast with Kathleen’s mournful and hypnotic vocals. Altar de Fey looked like death itself. They were half dead while some were influenced heavily by the needle. The guitarist stood over six feet tall & looked like he weighed 80 pounds with his hair hanging at least a foot over his face. He played like he was in slow motion. The singer was short with frizzy hair who wore who wore a leather skirt on stage, one of the first to do so. Fast forward to 2016, and we finally have this new Echoes in the Corridor LP, released by the consistently-good California label Mass Media Records. According to drummer Aleph, the songs on the LP are “a mix of newly recorded songs from 30 years ago, written by the original group (namely, ‘Demons,’ ‘Death to my Enemies,’ ‘Veil of Death,’ ‘My Bone,’ ‘Right to the Point’), and the newer ones (‘Snitch,’ ‘1975,’ and ‘Wraith’) which have been written by the current line up.”

And, so, what about the music on this slab of blood red vinyl? The opening track, “I See Demons,” is a classic stomping deathrock/trad gothic rock track. Indeed, I included it on the 2013 CVLT Nation Deathrock Mix tape over three years ago, when it was originally officially “leaked.” It’s a standout, catchy, and memorable song – arguably the strongest on the album. The second track, “Death to My Enemies,” is a also a classic deathrocker of a song, slightly slower, presenting an atmospheric verse structure that builds and contrasts to a rocked-out chorus – good stuff, and also worth repeated listens. Singer Jake Hout hits all the right spectral, Rozz Williams-y tones – not unlike Portland’s Atriarch, really, in how the vocalist just captures that certain something that one associates with nothing but raw, early deathrock. He does a consistently great job in this vocal style on all the tracks. A few times I’m reminded of Chi from Anasazi in the vocal delivery, but then again Chi is often compared to Rozz Williams as well.

The newer songs on the album, like “Snitch” and “1975,” are indistinguishable from the re-worked older tracks, which is a good thing. “1975” has a very anthemic Southern Death Cult feel, in fact. It’s just rootsy, purist gothic rock for anyone who appreciates that stuff; there are no apologies and no compromises in the “darkness” department for this band. The seamlessness between the old deathrock tracks from the 1980s and the newer songs is no doubt owed to Skot Brown’s production talents; all songs are blended into a cohesive funereal tapestry of doominess. Skot Brown plays bass on the Echoes in the Corridor LP and has also done time in Bay Area deathrock bands like The Phantom Limbs and Black Ice, two acts that I associate with an oft-neglected first revival of deathrock that happened in the late 1990s, around the same time the Release the Bats deathrock revivalist event in Los Angeles started. Phantom Limbs had a release or two on Alternative Tentacles Records and were associated with a few other Bay Area deathrock acts at the time – which was the late 1990s into the early 2000s – including The Vanishing, Subtonix, and Veronica Lipgloss and the Evil Eyes, all bands that were in and of themselves part of an ongoing NorCal dark punk/deathrock/no wave-influenced scene whose history has yet to be comprehensively written about, let alone properly appreciated.

Altar de Fey’s 8-song Echoes in the Corridor LP serves as a much-needed and definitive collection for this band. Kent Cates’ guitar is a little shimmery, with just the right amount of distortion to drive home the rock-ier parts of the tracks. The songs are well made and done by folks that obviously know what the hell they’re doing. The LP as a whole is a great gothic rock album and, if it’s not the only truly deathrock LP to come out in 2016, it’s definitely up there with the best of them. 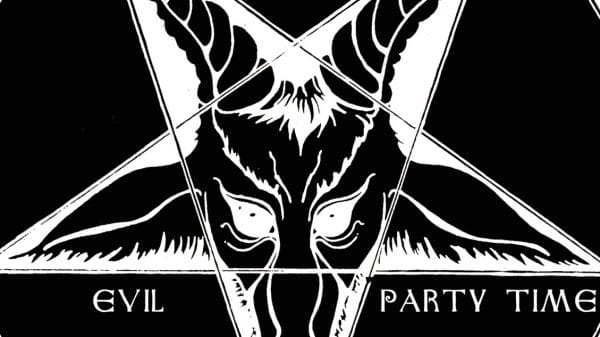