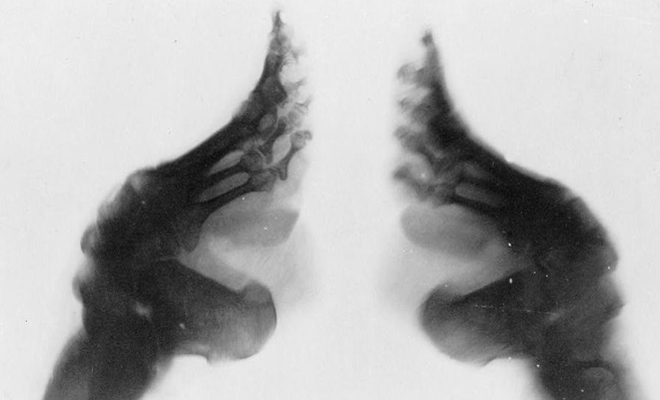 My favorite shoes are a toss up between docs or chucks – either ones give me lots of room to live my life without teetering around in pain so that some douche bag will judge me as a suitable babymaker for him. It trips me out seeing the stripper heels that are standard on teenage girls today – all I can think is about the corns and bunions they will have in a few years – hot! Luckily, I am not so concerned about these stupid fashions that are supposed to attract men – otherwise I might be mutilating my breasts and stuffing them with saline blobs, or injecting bovine toxins into my face or silicone into my butt. But in some ways, what was expected of women in order to be beautiful was even more horrifying in the past. Take Chinese foot binding for example – prior to its outlawing in 1911, it’s estimated that 1 billion women had their feet bound as small children, causing their feet to mutate and grow into hideous, folded up “lotus” flowers and stuffed into toddler shoes, and also causing the death of 1 in 10 girls due to shock or infection.

The idea was that a grown woman’s foot should fit entirely in the palm of a man’s hand, and the ideal size for a woman’s foot was less than 3 inches long. If a wife’s foot fit in her husband’s palm, it brought good luck to the marriage and their family. It was also considered highly sensual to fondle women’s bound feet, with Qing Dynasty love manuals recommending 48 different arousing ways to do it. Apparently women’s vaginas were also made more attractive and sensitive by foot binding – although I can’t imagine that a culture that did this to women was really that concerned about how aroused women were when it came to sex. The amazing thing is that while upper class women with bound feet had servants to cater to them, allowing them to lounge around not moving most of the time, most Chinese women with bound feet had to go about their daily business, walking around in severe pain on feet whose bones were broken and flesh was rotting. Perfume was used to mask the smell, and decorative cloths used to mask the monstrosities they concealed. Check out some photos of women with bound feet below.

Anointed with fragrance, she takes lotus steps;
Though often sad, she walks with swift lightness.
She dances like the wind,
leaving no physical trace.
Another stealthily tries on this palace style,
but feels such distress when she tries to stand;
So wondrously small they defy description,
Unless placed in the palm.
-Su Shi (1036-1101)

Sources: Scribol, All About Feet