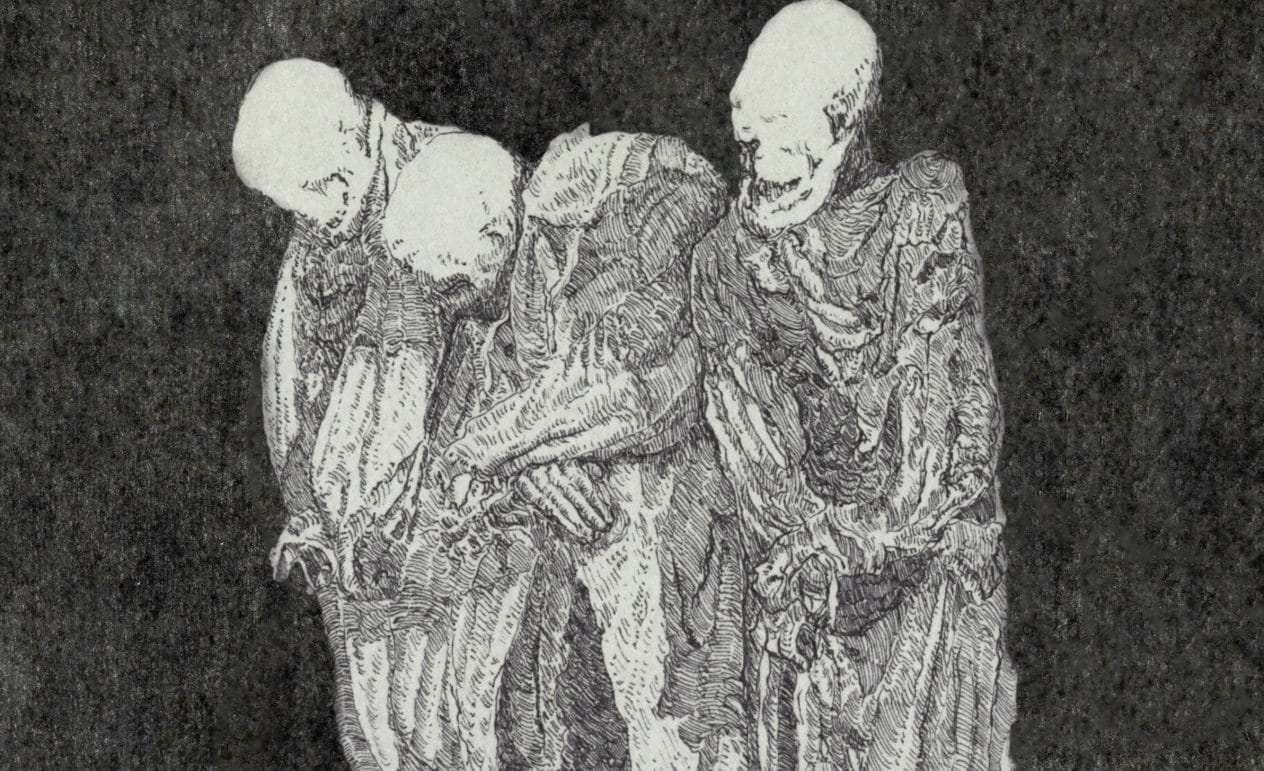 Mylingar‘s music is just what I need right now, as death is on my mind! They create the kind of music that I want to listen to as I dismantle all of my fears, because I know I am strong and that in death I will serve the corrupt even more pain. Mylingar’s songs are visceral and unhinged which is why I can’t get enough of them! We are stoked to be premiering their new song “Giftet” from their soon to be released album Döda Själar!

Döda Själar will see release August 2nd through 20 Buck Spin in the US and through Amor Fati Productions in Europe. Watch for preorders to post on the days ahead.

Savagery in musical form takes a further step toward total sonic annihilation with Döda Själar, the culmination of a bestial trilogy from the eccentric intensity called MYLINGAR. A tempest of whirlwind blackened death metal barbarity and animalistic filth, unrelenting in its intent to rend flesh from bone and inflict torment. There is no peace here. The guitars and riffs burn through everything like scorched earth with the scraping, gritty bass barreling forward into total massacre. All the while the insanity presided over by a voice neither animal nor human but both at once, diseased, psychotic and commanding.  The pace in general remains maddeningly frantic but relents as needed to revel in the violence of its creation.