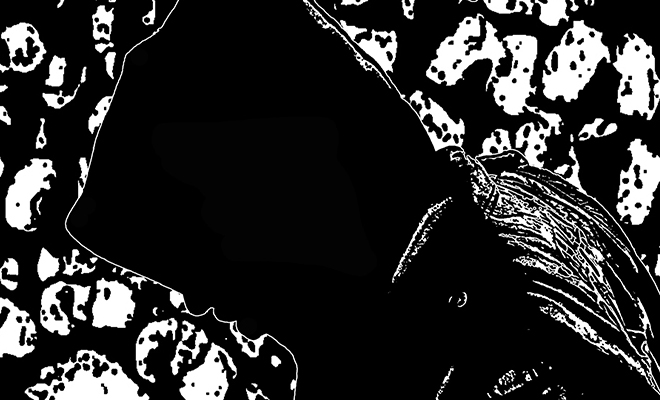 Crepusculo Negro has steadily risen in popularity and thusly carry a higher profile at this point in the US black metal scene. Is there anything you regret about achieving this higher profile? Do you find it more difficult to operate “under the radar” as you could have in the past?

Volahn: We are private individuals achieving inspiration from each other and our native traditions. Operating under or over the radar is irrelevant, anything influential will be discovered and spread to the masses. Our intentions will not be disclosed in this interview, our personal views are of no one’s concern. What we release to the public is all they need to know regarding our circle.

Black Twilight Circle emerged in 2008/9 with 6 or 7 core groups that has since expanded to 20 (+?) acts with over two dozen releases just on Crepusculo Negro, not to mention the licensed releases and other affiliated acts and labels that have done co-releases or contributed to splits. What are the difficulties that have arisen with working with different players and more acts? What is easier as a result of the Circle and label’s expansion?

LaBEL: The Ajna Offensive
Volahn: Working with more labels and bands has given us more opportunities to tour and get bigger distribution worldwide. What has become easier is how we operate in the studio, achieving better recording techniques and growing musically.

It’s understood how deeply the Nahuatl language, Azteca imagery and ‘Nican Tlaca’ heritage figure profoundly into the framework of the Circle’s music and releases. This is clearly an intentional connection with many BTC acts, but are certain acts expected to tap into this influence more than others? For instance, Muknal maintain more of a strict element of cavernous death metal, with little to no strong Nahuatl influence other than the band name, rather than an act like Kuxan Suum or Blue Hummingbird, who use the Nahuatl language in the song titles and show a heavier reliance on imagery.

Volahn: Not all bands of our circle deal with native ideologies. Over the years, we have progressed deeper into the native aspects of our indigenous culture, to where today it has taken center focus. You can compare it to how Bathory started out purely satanic and became more influenced by his pagan traditions over the years. Hail Quorthon!!!

In reference to Nican Tlaca indigenous cultural beliefs, how much of this is your own invention (i.e. black metal and Amebix didn’t exist in 500ad, so obviously the music is not indigenous), and how much is truly from an indigenous understanding? I have direct lineage that can be genetically traced to the Aztec, as well as extended family that still lives in Mexico City that we know of, but my midwestern family came here as migrant workers generations ago, and all they talk about is Mass and Catholicism. Any cultural reference to the old country has obviously been erased. Has your family maintained contact with indigenous cultural traditions or has your understanding been mostly pieced together from other sources? If so, what are those sources?

Volahn: I have native roots in what is called Guatemala/Mexico. Volahn was created in Chimaltenango, Guatemala, after a visit to my family there when I was 18. I was taken to Tecpan ruins, which is the city of my indigenous Kaqchikel Maya ancestors. There I was taught the traditions of my people by the elders of my family, who still practice the Mayan calendar to this day. It was one of the most profound moments in my life, and has shaped who I am today. The name Volahn came to me there, which translates to “Ritual Kaos.” How strongly does your belief system figure in your everyday life and how do you maintain your own connection? It’s not very easy in the US to drop everything and go perform religious obligations in the middle of your shift at work.

Volahn: My existence is the Black Twilight Circle, its all I’ve ever known that has given me the opportunity to express myself freely without any limitations. I maintain a connection with my beliefs through my brothers in the circle and with my family who still practice traditions of my ancestors.

Is there a plan or schedule as far as what band is going to do what, or do the separate acts form, write, and plan for releases and arrange on their own? Do they bring a finished product to the table for release, or do some require stronger involvement on the part of the collective when it comes to arrangement?

Volahn: We are all constantly working on new releases, writing new material. We spend a lot of time in our studio; we start by tracking drums so whoever is ready for that day will come in and we will start to record. We all possess a competitive spirit within our circle that pushes us to take our music and ourselves to the next level.

Congratulations on the completion and release of Tliltic Tlapoyauak. Maybe that’s a year late, but it’s worldwide release will be a triumph and most assuredly raise expectations for Crepusculo Negro in the future. There was more than a year where Crepusculo Negro releases just ceased. Was that break planned? Were most label activities focused on the recording and release of Tliltic Tlapoyauak (CN24)?

Volahn: Thanks for your words hermano, Tliltic Tlapoyauak was an ambitious project that pushed us all to our limits. I am proud of everyone in our circle for the hard work they put in. Nothing monumental in life is easy to achieve…

Volahn: New Volahn and Arizmenda albums are next to be released, also a BHL/Volahn split EP, that is all that has been announced publicly for now. We have many new releases lined up to be announced soon. Clearly, Tliltic Tlapoyauak is the largest undertaking in label history. It’s pretty fantastic how it maintains focus and intensity over its 2 hour length. It sounds like one cohesive musical statement, as opposed to Worship Black Twilight, which was definitely a compilation. That’s better than most bands can sustain for 30 minutes. How do you expect its release to influence label activities in the future? Are there going to be further “whole circle” collaborations like this?

Volahn: Recording Tliltic Tlapoyauak was very testing of all our limits physically and mentally. Many hours and nights were dedicated to pushing ourselves to record the best possible take for the comp. We have a new desert themed comp coming out in the near future, currently being recorded at Black Twilight Studio, more details soon.

Volahn: We have built strong relationships with bands in the underground, from Sadistic Intent, Xibalba, LLN, Inquisition, Bone Awl, Cirrhus, Nyogthaeblisz, Satanik Goat Ritual, Black Witchery etc. My perception of the collective has been focusing more on native topics over the years. How has the label maintained ‘underground’ status when it has larger labels licensing releases? Do you feel that satiating the demand by letting other labels re-release popular titles is a good thing or has it affected Crepusculo Negro’s standing as a label with their more ‘elite minded’ fans? Do you care?

Volahn: I’m not concerned with underground status, as we have always done everything ourselves. Working with bigger labels gives us more opportunities to tour and for worldwide distribution.

Southern California isn’t exactly seen as a very misanthropic or isolationist locale. It’s quite the opposite. I was there in January and it was 75 degrees (it was -8 in Detroit by contrast). We went to Disneyland. It’s warm and sunny all the time. How does that affect people trying to make music that is typically qualified as isolationist, emotionless and misanthropic?

Volahn: On the contrary, our landscape gives us all the terrain our planet has, from beaches to mountains to desert. The landscape here has influenced us and has shaped our sound. Being out in the Sun is what gives us life and inspiration. As far as emotionless, misanthropic isolationist themes, I’m not depressed or emotionless. Like my ancestors before me, I give praise to the sun for the life it has given me. Do you think there is any other place that something like Crepusculo Negro could find enough players of a similar mindset to sustain itself? If so, where and why? If not, why?

Volahn: Who we are and what our sound is comes from where we live, my guitar sound takes influence from fender’s stratocaster spring reverb. A sound that was cultivated here in southern california. Our native roots have an immense influence on our ideology and music. The ocean has also influenced us as we live so close to it, the currents and phases that correlate with the moon give a cosmic force that can be felt in the waters and seen from afar as we gaze under the full moon at night.

Thank you for your time, one final question: When is an Axeman full length happening?

Volahn: Thanks for the interview! Cheers to all Black Twilight Circle fanatics worldwide, our music represents kaos in all Men and Women!!! In this article:AXEMAN, Black Twilight Circle, slider, The Ajna Offensive 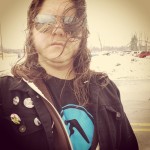 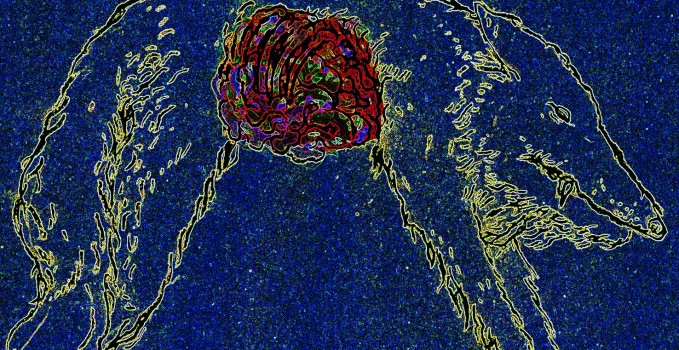