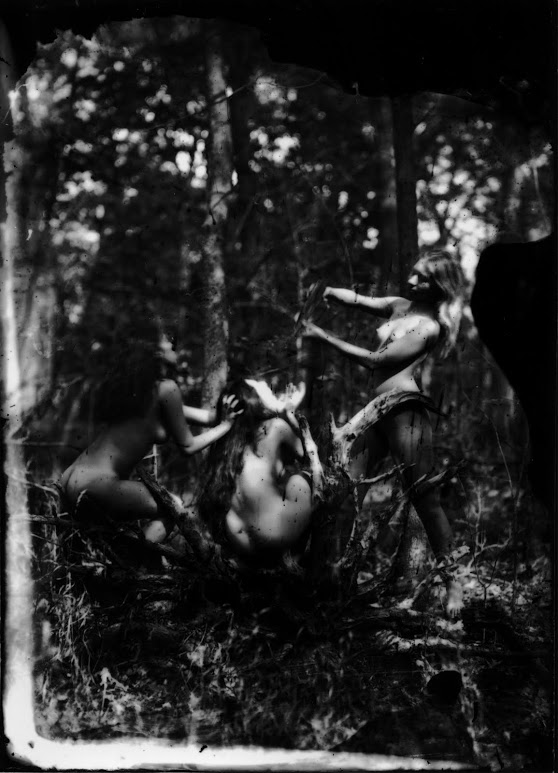 A couple of years ago, our writer Amy posted a feature on Rik Garrett’s photography series, Earth Magic. Now, this series has been published with an introduction by Pam Grossman as a beautiful hardcover book via Fulgur Esoterica either on its own or with a print of one of his photos entitled “Witches Sabbath.” Garrett’s photos are intriguing and otherworldly, as if you are looking into a secret dimension of natural powers. They have an aura of sexploitation to them, but rather than being a display of women’s sexuality, they are celebrations of female power and connection to the earth. The women in his photos are not afraid of the dark wood around them, instead they are at home in it, embracing the energies and magics of the natural world. This is a gorgeous book, definitely for fans of the occult and magic. Check out some photos from the book below, and pick up your own copy here (US) or here (international).