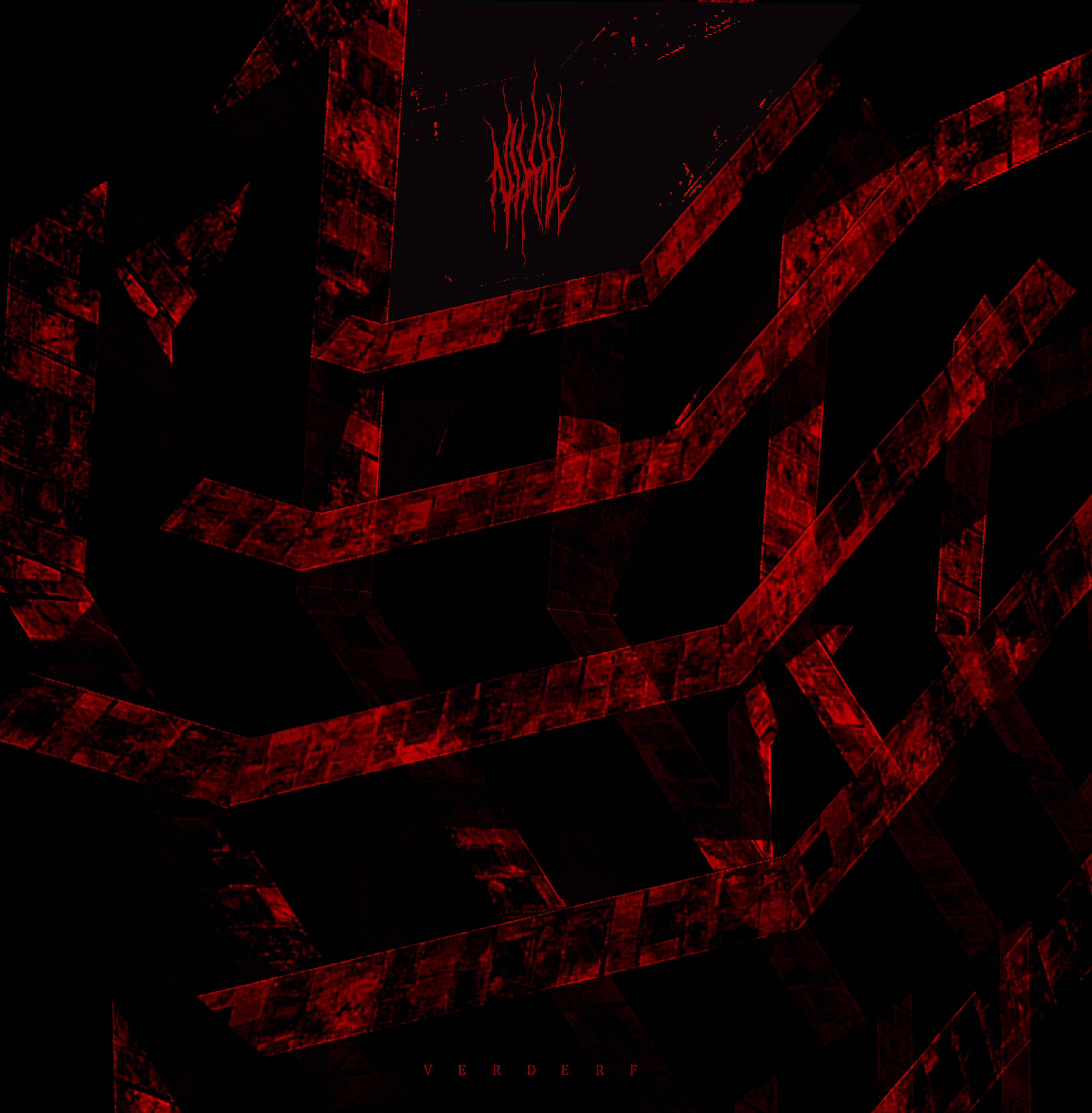 One of my favorite bands is up for review this time around. It shouldn’t be too much of a surprise for some of you that Nihill don’t fit into any sub-genre or niche in metal. They use so many elements: noise, post-punk, black metal, doom, industrial. Their music is extreme, and that’s the only appropriate term to describe their music – extreme. Their Verdonkermann record was grim and frosty. This time around, they don’t settle on being ear-marked as second-wave influenced. Instead, they layer their sound with noise and heavy vocal effects to enhance their demented approach to writing music. Verderf, in fact, starts off with a lot of white noise and sampled screaming in the background. It gets the record off to a difficult start for even the best of us who can withstand such noise. It qualifies as a proper track, not an orchestral intro, spanning two minutes plus of runtime, causing permanent damage on the ear drums. The second track features the band playing more conventional black metal, that is until the screaming and noise-layering accompanies the blasts, and you get caught up in a dense wall of sound that compares to a transistor radio after its been dropped into your bubble bath. They have some slower jams making up the doom sections. The guitar riffs sound like jagged-edged crystals are grating on the steel strings. They come at you like the speakers are throwing bunches of minute icicles at you as the tremolo riffs mix with the slower jams to great consistency. You won’t say, I wish it was more doom, or more black metal, because this, mothers, is just fine the way it is! No copycat band can stomach this sound as much as Nihill loves to puncture your ear-canals with bloody ice-picks. Verderf has its share of conventional songwriting, except on the noise tracks, and there are two all-in-all. They’re fine as hyper-sensitive hearing busters all the same. The black metal tracks don’t seem to have choruses, but that’s all well-and-done, as Nihill don’t want f**kers to sing-along when they hit the stage with this album, as some posers ruin it with their trying-oh-so-hard emo screaming during shows. If you downplay Nihill’s music by saying they’re too extreme or whatever, you’re best listening to Green Day with your poser-friends like you’ve never heard anything like this. That’s about the time for me to tell wannabe cvlt mothers to gtfo and read the trendy year-end lists released by shitmags like Revolver instead. Nihill rule, whatever some of you may think after listening to this record. Don’t get all pussy-whipped by poser-friends that put All That Remains on top of their year-end lists. Get it here first, cvlt warriors! Bashing aside, peeps,  Nihill has just released Verderf, and I know most of you have been waiting for this for years! Here’s some good music to get us past 2014 and beyond.