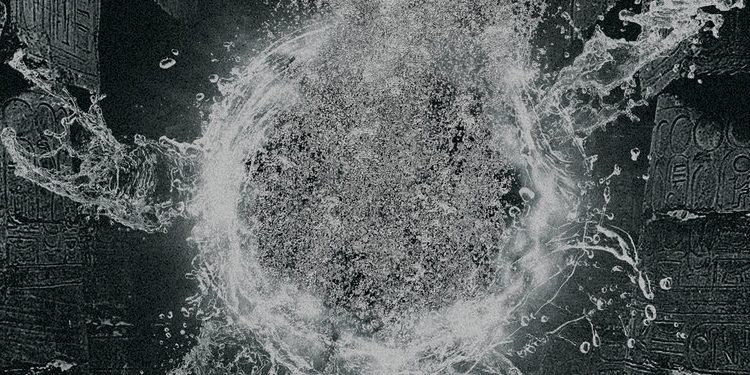 There’s been no shortage of forward-thinking Death Metal coming out the past few years, and now NYC’s Aeviterne are set to throw their hat in the ring with their new release Sireless, available on May 4th as a limited edition 7” and digital download via P2 Records. Recorded as a trio, the group consists of Garett Bussanick   on guitar and vocals and Eric Rizkon bass, both formerly of the criminally underrated Flourishing, along with Ian Jacyszyn of drums, who was also a member of Castevet. Since the recording, they have also added Sam Smith of Artificial Brain on second guitar.

While only consisting of two songs, Sireless is a strong statement of intent. Opener “Spring of Mirrors” combines Deathspell-style dissonance with the pummeling cosmic heft of Artificial Brain to create the kind of Death Metal that can easily stand head held high among any of it’s peers. While its run time is mostly taken up by raging blast beats, clean but menacing guitar figures pop up from time to time only to disappear quickly, and the blast beats give way to hyperactive tom workouts.

For all its success, though, this first track pales in comparison to the second, “Inborn.” While containing many of the same elements here, everything is re-contextualized. The blast beats are gone and the dissonant guitar figures and tribal drum excursions now find themselves working in the context of a Post-Punk song structure. While Post-Punk has certainly been in vogue in Metal circles the last few years, Aeviterne have achieved the perfect alchemical marriage between that genre and Death Metal. Hearing the Death Metal vocals and heavy guitar function so seamlessly within such a harmonic progression and song sequence is endlessly gratifying, and done so well it sounds completely natural. And the thing is, even when paired with “Spring of Mirrors,” this sounds like the cohesive and singular vision of a great band.

There’s already been a whole slew of great EP’s and seven inches in 2018, Martyrdöd and Neolithic, Iron Reagan and Gatecreeper, or Neolithic’s Cult of Ignorance EP. It’s really a great format for our hectic times. In Aeviterne’s case, though, Sireless is a teaser and I really can’t stand not knowing what the rest of their material sounds like. The depth and breadth achieved in the span of just two songs are very impressive, and certainly ask more questions than they answer. Hopefully, they don’t wait too long to bless with more material of this caliber.