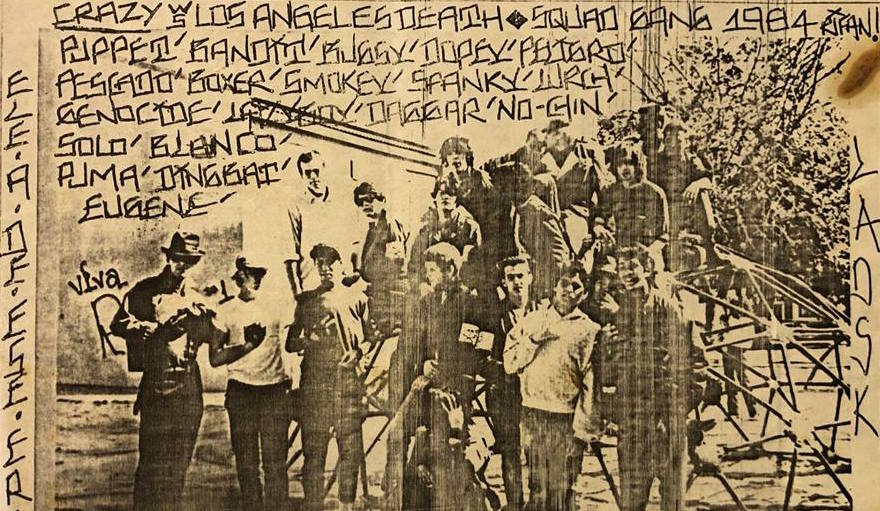 The Southern California 80’s hardcore was a many things and part of it was rooted in gang culture. Being from Venice claiming Suicidal Punx was a natural thing but I always thought of it more of a family than a gang. The hardcore scene was mainly a white middle class world but for the Westside Punx many of us did not have the money that Hollywood,Valley or Beverly Hills Punx. So dressing like a cholo was not something we did as a fashion statement it’s what we wore because thats all we could afford. Out of any punk gang I would say the LADS aka Los Angeles Death Squad was our nemesis. I won’t front the two crews would fight but the fact that we were all punks unified us in a weird way. The LADS also like to dress like cholos as you can see from the photos below.

All photos via LADS