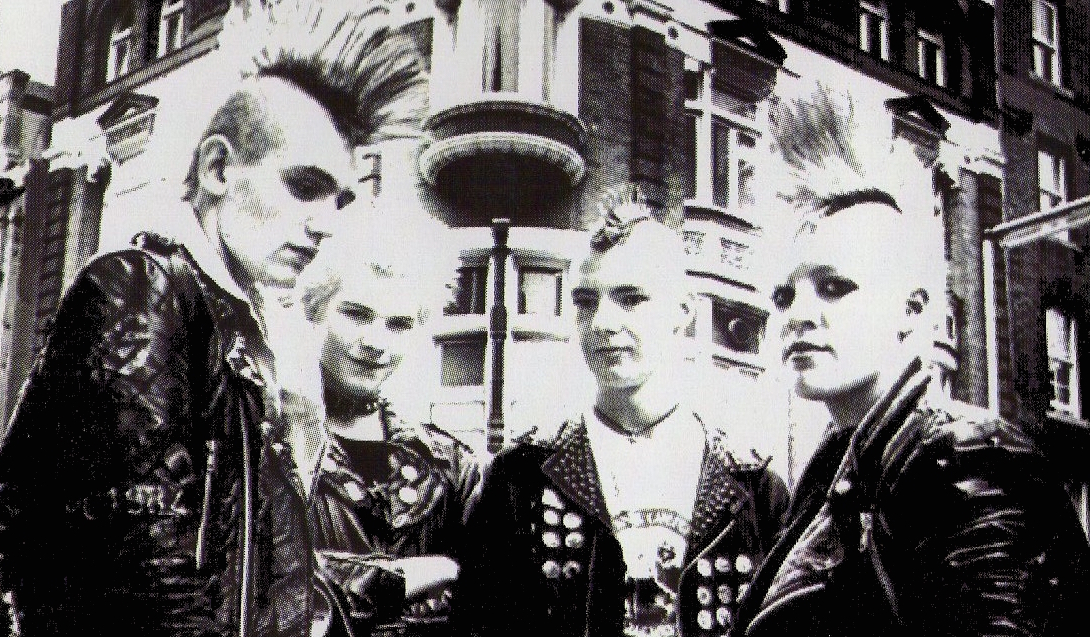 One of the most iconic Punk comps to come out in the early 80’s was Punk & Disorderly. What drew me and many others to this record was the captivating photograph of four leather-clad youngsters taken by Virginia Turbett. The picture she took became just as famous as the record itself. In 1981, Virginia teamed with Face magazine for an interesting feature called Punk Rock 5 Years ON. Read what the kids of this era had on their minds and where they fit into society. This is a snapshot of a bygone era. “I wouldn’t class myself as a punk, I’m just an individual. I don’t like being put into categories.” “Now there’s some great new bands: Exploited, Anti Pasti, Vice Squad, Theatre of Hate, Crass, the Subs. I liked the music at the beginning, but I didn’t start dressing up punk until after the Pistols split up.” “In summer we get hundreds of Punk tourists: French, German, Spanish and Yugoslavian. They’ll buy anything! We do mail order and the only foreign letters we get are from Yugoslavia.” “The punk scene, as such, means nothing to me now. I don’t buy records. Bands I like are: Killing Joke, Theatre of Hate, Cramps and the Psychedelic Furs.” “I’m into drugs, drink and sex. … I like Psychedelic Furs, Bauhaus, Killing Joke, Clash and The Cure.” “It all means nothing now; though it’s getting better with all the Oi bands. I like The Exploited, Anti Pasti, and Rigor Mortis.”
Eden, 16: “I’ll always be a punk. I want my kids to be punks.” “Now I listen to Theatre of Hate, Exploited, Anti Pasti, Damned, Killing Joke, Siouxsie and Vice Squad. … Occasionally I get people coming up and asking Where were you in ‘76, but I was only 12. I’ll probably be a punk this time next year.” “I like The Damned, Crass, Vice Squad, and the Pistols. I knew something was happening in 1977. I was into Dr. Feelgood then and that was about it.”
Angus, 14: “I was into disco and all that normal boring junk. Now I listen to Discharge, Crass, Exploited, Pistols and PiL of course.”