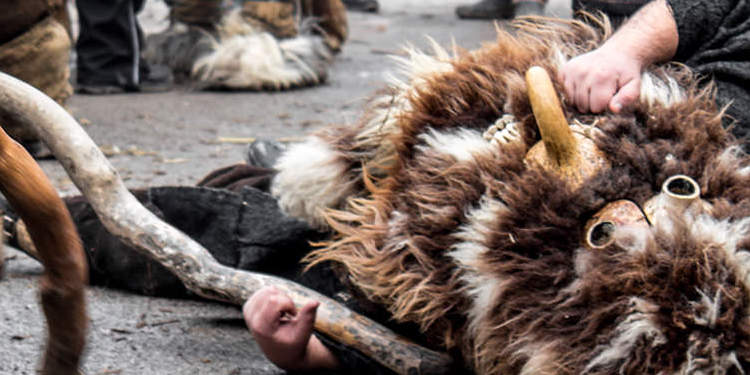 Via The Bohemian Blog

A lot of European countries have them.

The Lithuanians celebrate the festival of Užgavėnės by burning a gruesome effigy, a female personification of Winter, before parading through the streets dressed as witches and goats and devils.

The Romanian Capra festival is similarly symbolic of the New Year, a Dionysiac celebration of death and rebirth that was practiced as early as 1,600 BC. Performers dress as horned goats adorned with ivy, beads and, according to the myth, in the skins of sacrificed goats.

In Hungary, Busójárás is a blur of hellish masks and folk dancing. Some legends say it originated as a trick used to scare away the Ottoman invaders; other sources date it even older still.

The Bulgarians, meanwhile, have their Kukeri.

The word ‘kuker’ comes from Latin (‘cuculla,’ meaning a ‘hood’) and it denotes a folkloric ritual monster, a man dressed in an elaborate suit of fur and ribbons, feathers and beads. These kukeri wear carved wooden masks with the faces of beasts and birds; hanging heavy copper or bronze bells around their waists as they dance and jump in arcane rituals intended to dispel the evil spirits which might otherwise bring loshotiya, or ill fortune, to a community.

In the earliest surviving accounts of the ritual – and in those towns and villages with the most loyally observed traditions – the kukeri will often start their work as early as dawn. They dance through village streets delivering health, happiness and a bountiful harvest year; they visit houses too, letting themselves into family homes in order to perform blessings older than any book can remember.

In some traditions, these home invasions took place in the morning; in other communities they were performed after dark, as the story goes, so that “the sun would not catch them on the road.” I’ve spoken to Bulgarians who clearly remember such episodes from their childhood – some of them describing a visit from the kukeri as a singularly terrifying experience. But then, that’s the point. Evil spirits take a lot to scare, and these performers often spend all year crafting intricate, disturbing and grotesque costumes for the festival.

The costumes, traditions, performances and even the date of these festivities vary from one end of Bulgaria to the other. In the west, the kukeri arrive between Christmas and Epiphany (on 6th January). In the east of Bulgaria, kuker festivals often take place around ‘Sirni Zagovezni,’ a day of purification and bonfire ceremonies held on the Sunday before Lent.

But there’s one place in particular, where the whole spectrum of Bulgaria’s kukeri are brought together into one great big festival of masquerade games: the annual Surva Festival in Pernik. After all the stories I’d heard about these ancient rituals I was eager to head down there myself, in the dead of winter, and see it with my own eyes.

Pernik is not the most beautiful town in Bulgaria. Some visitors have described it as a grim and grey affair of mock-Stalinist architecture and abandoned factories (as both of those things fascinate me however, I find it hard to be too critical). The town grew considerably under the communist government, when it became a powerhouse of heavy industry and coal mining – but the scars left in the wake of its industrialisation boom have not been kind to Pernik’s appearance.

It probably doesn’t help to see it first in January. The grey skies and bitter cold did little to welcome us as we arrived at Pernik train station; although the dense crowds of people packing the platform was an early indication that this was to be no ordinary day.

The Surva Festival of Masquerade Games at Pernik was started in 1966, then celebrated every other year until 2009; at which point it became an annual event.

As many as 5,000 performers appear in the festival each year, and since 1985 the event has been welcoming international entries too – with teams arriving from Macedonia, Serbia, Montenegro, Slovenia, Albania and Greece. Some performers come from still further afield, including past entries from Palestine, Spain and even Indonesia.

During the last weekend in January, these teams of kukeri descend upon the grey streets of Pernik to enact rituals that have been handed down over thousands of years… and as we approached the town centre we were soon surrounded by all kinds of colourful, horned, furred and fearsome chaos. 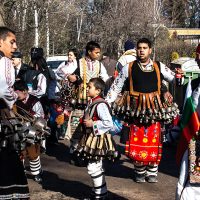 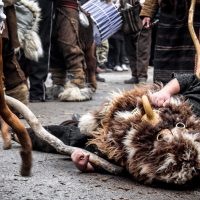 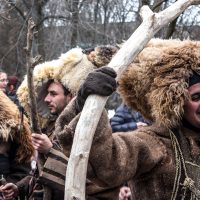 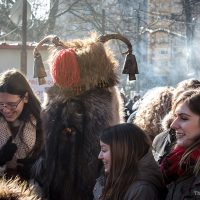 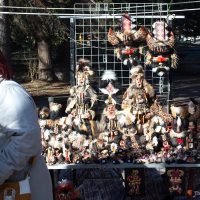 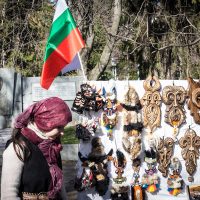 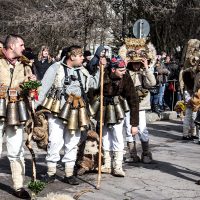 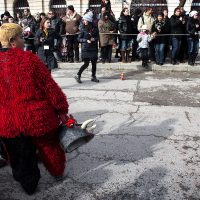 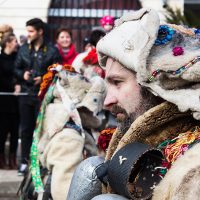 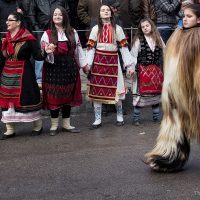 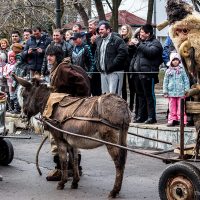 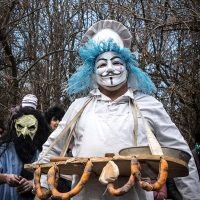 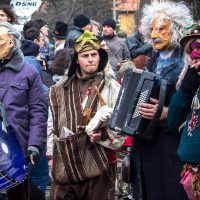 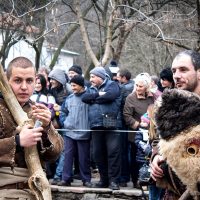 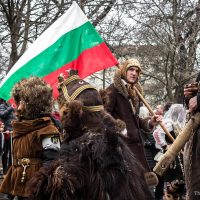 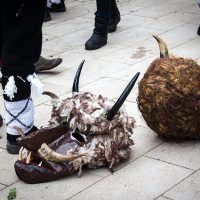 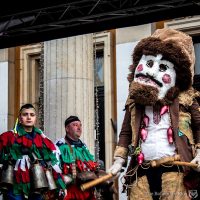 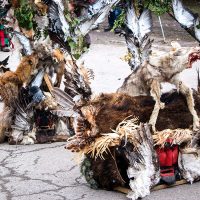