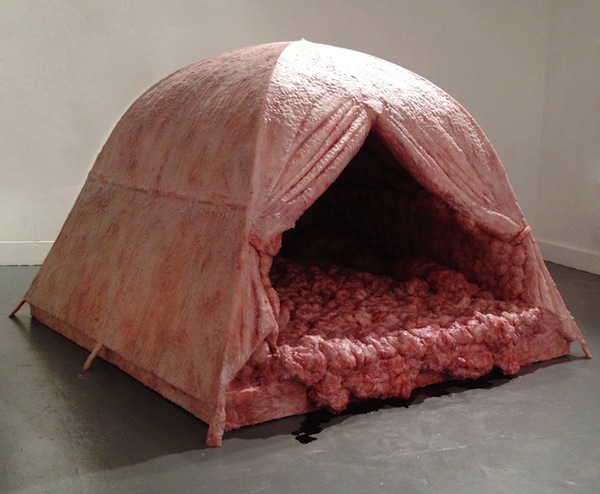 Andrea Hasler’s Matriarch references the Greenham Common Women’s Peace Camp, a historic protest in which 30,000 women gathered at a British air force base to stand against nuclear weapons. According to Hasler, the work metaphorically “[takes] the notion of the tents which were on site during the women’s peace camp as the container for emotions and [humanizes] these elements to create emotional surfaces.”

Hasler speeks at length about Matriarch and its companion works in the video below. They’re currently on display in an exhibition called Embrace the Base – named after an event at the women’s protest — in Berkshire, England.