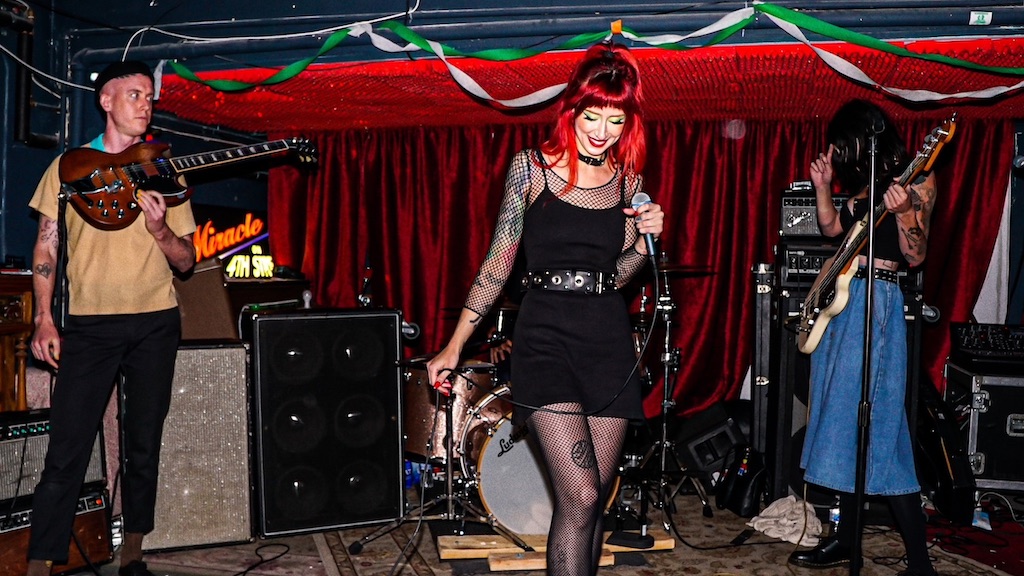 Imagine if Lydia had fallen madly in love with Beetlejuice, enthusiastically married him, and they died happily, dysfunctionally ever after. She probably would have started a band like NIIS and recorded entertainingly disturbing videos like this one for their single “Big Zoo.” Watching the vocalist, all I can think about is she’s Lydia’s alter ego, Beetljuice’s perfect person, as she thrashes around the funeral home in a punk afterlife frenzy. NIIS shares that the video, directed by Meriel O’ Connel, was “shot in an abandoned funeral home rented from a man most likely squatting there,” and that the vibe there was weird. I think the weird vibes really come through in this video. It’s a self-released one-off track and you can stream it via Apple Music or Spotify. Stay tuned to their IG for more self-released songs coming throughout the summer. If you’re in L.A., they’re playing an all-ages show at The Echo this Friday, July 16th—check it out here. Right now check out the rad video for “Big Zoo” we’re premiering today!

Big Zoo was recorded by Mark Rains at Station House Studios in November 2020.

The video was directed by Meriel O’ Connel and shot in an abandoned funeral home rented from a man most likely squatting there, on the night of March 27th 2021. It was weird, enjoy.

In this article:Featured, los angeles, niis