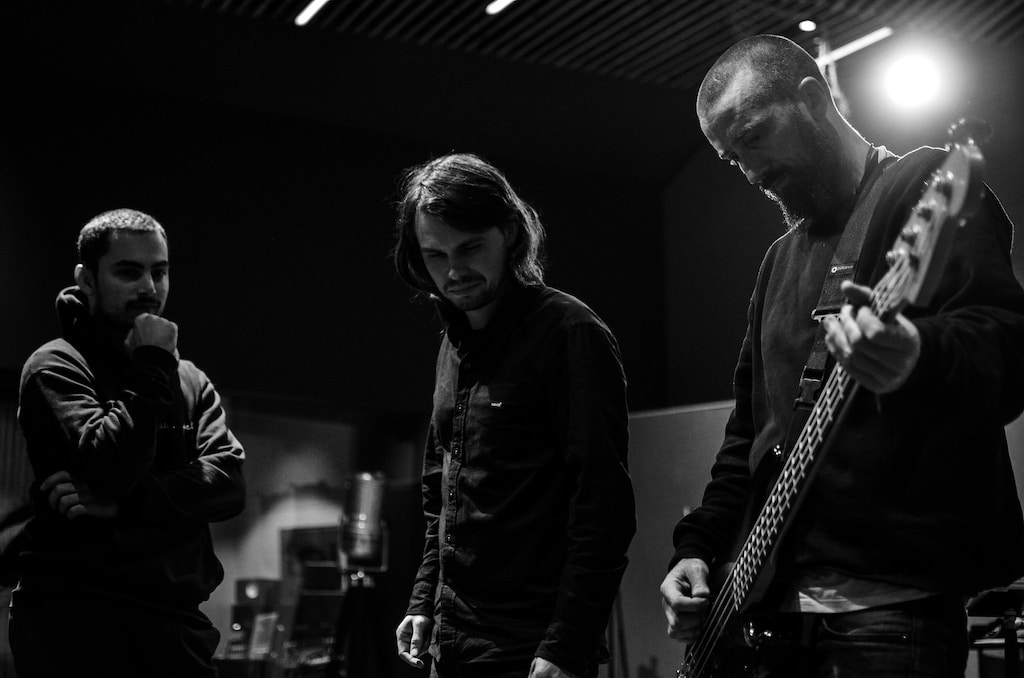 EYES OF ANOTHER is a new project from Colin van Eeckhout (Amenra), Lennart Bossu (Amenra, Oathbreaker) and techno dj and producer Cellini, and it’s like nothing you’d expect from these masters of heavy. They’re premiering their first video with us today for the track “The Faint Young Sun” – a gorgeous, haunting lullaby that demonstrates their mastery of atmosphere in a different sonic realm. The song is very much metal meets techno, but in the best possible way. It fluctuates between gentle melodies and crushing riffs set to an addictive, pulsating beat, with CHVE’s beautiful vocals tying it all together. The project recorded this at Red Bull Studios in Amsterdam and Much Luv Studio in Ghent, Belgium, and Red Bull Elektropedia has released a short documentary about the experience which you can watch below. After watching both the doc and the video, I’m so excited to see what else this project comes out with! If you’re one of the first people reading this post at 2:30AM PT, you get to watch “The Faint Young Sun” premiere right here and now:

In this article:AMENRA, cellini, CHVE

See Behind the scenes of AMENRA’s 2020 tours

Photos: Mathieu Vandekerckhove Just as the world was heading towards lockdown, AMENRA found themselves playing to sold-out crowds in South America and Russia. The...