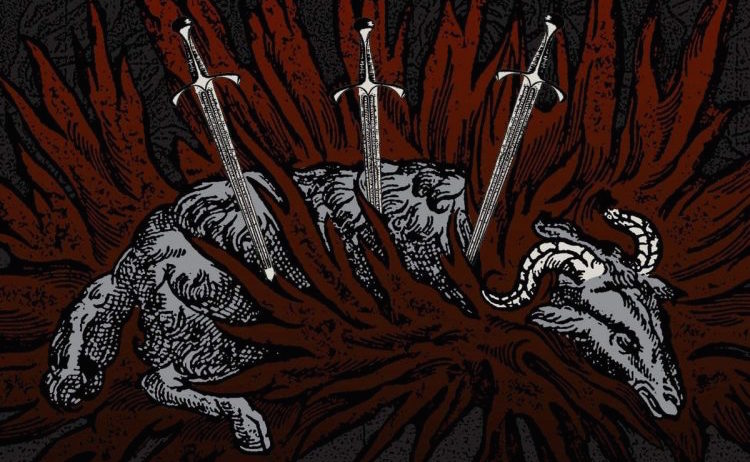 In their relatively short existence, Baltimore-based Death Metal quintet Neolithic have made utter savagery their one and only mission statement. Their latest self-titled EP is their third release since forming in 2017, following up last year’s Cult of Ignorance EP and split with the mighty Martyrdöd, and displays the same penchant for aural trauma as those releases.

What sets Neolithic apart is their ability to find common ground between disparate influences. On the one hand, their command of the language of Death Metal seems to pull inspiration from both sides of the pond in equal measure. There are hints of Bolt Thrower and Napalm Death, along with all the classic Swedish Death Metal titans, but their penchant for groove marks them as being equally familiar with New York and Floridian bands as well. On the other hand, the Punk and D-beat credentials are without question. The release opens with the track “Myopia”, which finds them moving effortlessly switching back and forth between Cannibal Corpse inspired grind and a riff that would be at home on a Skitsystem album.

The second and fourth tracks on this beast do show the group expanding their sound a bit. “War Discordance” opens with a burst of noise, likely courtesy of guest collaborators Dylan Walker (Full of Hell) and Kevin Bernsten, who also recorded this release. After the initial cacophony, Neolithic dives headlong into a noisy, sludge-ridden abyss. The tempo is a bit slower than we are used to from these guys, but the effect is like having one’s face drug through toxic waste. The music’s methodology may have changed, but the effect is the same, utter devastation. The fourth track, “Entropy of Totality,” also finds them slowing up a bit. Here, mid-paced Death Metal is the order of the day.

The churning and chugging riffs do give way to more open riffs, giving Neolithic a newfound sense of atmosphere that breaks up the unrelenting assualt that they have specialized in up until now. The aforementioned “Myopia”, along with the songs “Perdition Chaser” and “Pervasion of Oblivion” find Neolithic delivering in full attack mode. “Perdition Chaser” rips and thrashes about like a rabid wolverine, finding just enough time to end the piece with a chugging beatdown. Meanwhile, “Pervasion of Oblivion” ends the EP in full on D-Beat mode, the with some of the riffing hinting just a bit at melody, the kind of move Martyrdöd has perfected in their own music. That sense of melody, when paired with the song’s inherent brutality, cast the whole track in an apocalyptic hue.

It’s tempting to want more from Neolithic at this point. Not in terms of quality or development, but merely in terms of quantity. Yet, they seem to realize that this sort of material thrives in short bursts. They know it is better to leave the listener wanting more rather than wearing out their welcome. So rather than wish this release was longer, we should just hope these guys continue to put out new material at a prolific pace. Several bursts of bludgeoning a year should do more than enough damage to these eardrums.