In the early 1980s, CBGB’s became the undisputed birthplace and home of East Coast hardcore. The owner of the club, Hilly Kristal, did a lot for underground music in general – but what really established the hardcore scene were the classic CBGB hardcore matinees. The late night shows were sometimes considered intimidating; it was a little safer to go to the city and see a punk show during the day rather than taking that journey to the Mudd Club or CBGB’s on the Lower East Side.

One of the bands integral to that scene was Agnostic Front. A memoir written by the band’s 53-year-old Cuban lead singer Roger Miret, called My Riot: Agnostic Front, Grit, Guts, and Glory, explores his life – his chaotic upbringing, his rapid ascension to becoming a hardcore king and then his descent into crime. We talked to Miret about squatting on the Lower East Side, why he became a singer, and the circumstances that led him to prison. How do you think your upbringing – which involved problems with your stepfather, poverty, and violence – impacted the music that you went on to create?


Roger Miret: My upbringing was harsh as it was and I get it, I understand why some of the harshness existed. I didn’t think I had to go through some of those extreme levels, but I do get it. I know what my stepfather went through. It was just that pattern that you don’t break. I chose to break it. That’s what happened to him when he was a kid and it just continues and continues and continues. You see that happen all the time. I chose not to be that way as a young kid and that’s the way I’ve always been, but at the same time that was his way of preparing me to the dangers of the world to the street life. That’s all he knew. That’s the only way he knew how to prepare me for those shocking moments. How to prepare me for life.

Part of me feels anger as I had to experience it. I understand it and it’s nothing that should be excusable. I think mental damage is worse than physical damage, and I have both, but it kind of prepared me for the next steps. The next levels of my life. Everything I had to go through. I got a really strong mental lesson out of it and it prepared me for the future. It hardened me up mentally. It hardened me up physically and it’s horrible because that’s what I had to go through, but sometimes these experiences have reasons. I’m not justifying it, because I would never do any of that to my kids. I wouldn’t think it should happen to anyone, but in my case, I guess it prepared me for the streets, which is really wild and crazy.

You ended up on the streets of the Lower East Side when you were a kid in the early 1980s – what was that like?

Roger Miret: That was a safe haven for me, believe it or not. You look at these pictures and you look at everything and you’re like “what the fuck.” It looked like hell. It was definitely living in hell amongst the criminals and people that had mental issues, physical issues, junkies, everything. It was just crazy. It was hell, but a safe haven. I found people like me that had similar journeys, similar backgrounds. We were a bunch of misfits and rebels, a bunch of hooligans, but we all found each other. We found each other through music and we started to hang out. It felt like this real constant buildup of a family. We became a tribe. We became a force within ourselves and we protected ourselves. So living in the Lower East Side in those squats, in those abandoned buildings, we always lived like a hardcore community. It felt safer than being at home. It’s bizarre. We were all growing up in these buildings, in these places, and we felt safest together.

When did you decide that you were going to be a singer and why?

Roger Miret: I was never a singer. I played bass in a lot of bands in New York before they moved forward to establish themselves, then all of a sudden I was asked to sing. I was okay singing and playing bass, but I didn’t feel like I was okay singing with a mic. The only thing that saved me or made it even possible, because I was pretty much an introvert back then, was that these were my friends, these were my peers, so they weren’t going to judge me. I never felt like, OK, shit, I’m going to be judged by everybody, they’re going to think I suck or hate me. That was never something that came across my mind.

We supported each other’s bands. We supported each other’s life. It was very comfortable to do. Which was really awkward for me for who I was as a person, but I never felt intimidated by it. It was a little weird being behind an instrument and then just having a mic to kind of hide behind. It just wasn’t comfortable, and it took a couple of shows, but I became comfortable with it, because I realised that I had great friends and a really great support system.

What was it like being a pioneer of the New York City hardcore scene?

Roger Miret: We came through all walks and paths of life and all kind of different family backgrounds and bands like Agnostic Front and Murphy’s Law, became safe havens. There were a lot of really super important bands that gave birth to this movement. I’ve always said it was a movement. It was a very intimate scene, very close-knit, and very protective of each other. Everybody was in bands or even if you weren’t in a band, everybody always came out to be with each other. That’s where we felt the safest in the ugliest, nastiest, most dangerous place. Imagine traveling out of your nice Queens home or your Long Island home or your Jersey home, to come to this shithole, but this is where you feel safe, which is insane. If you look at that area now you’re like ‘what the fuck is this guy talking about’, but go visit that area in 1980, 81, 82 and it was hell. It was different. What circumstances led to you ending up in prison?

Roger Miret: Bad choices, flashbacks of my youth, being a kid and basically growing up poor. I just panicked and freaked out. I thought I needed to do what I needed to do to raise a child. Not really thinking about the impact. I was just thinking about the moment. My kid was sleeping in a chest of drawers, in a blanket, and I had no food. I had nothing. There’s roaches, mice, rats, and it was just panic. I wasn’t thinking. It was take this, bring it over here, and you make this amount of money. I wasn’t in the street peddling drugs directly to junkies or anything like that. I was young, dumb and I didn’t think about the chain effect.

I bought this giant package from somebody and I never thought about what was going to happen past that. What was getting out into the streets and destroying thousands of lives. I didn’t know that, that wasn’t clear to me. I wasn’t thinking that far ahead. I didn’t know how much it would hurt people along the chain line, because I was living in the moment. It was just a big mistake. A bad choice and I clearly picked that up later, but unfortunately I had to go through what I had to go through. But overall I took what was a horrible situation and took the best out of it, and to do that is just amazing. It’s strong. To take something so bad and make something positive out it.

How would you sum up your career in Agnostic Front?

Roger Miret: We always felt like our thing was a little small thing, but it started growing. It was a rollercoaster ride, but to us it was just playing shows. It was something we were passionate about, something we loved. There was no success in it at all for us, besides the success of a lot of people liking us and enjoying the shows. Not until the late 90s did we ever feel any type of monetary success, but it didn’t matter to us. I was still living in squats and doing my construction work. We didn’t know we were a part of this giant movement. We didn’t know we were making history. We didn’t know our records were going to be influential to other people later on in life. It was just us living.

My Riot: Agnostic Front, Grit, Guts, and Glory is out now through Lesser Gods.

It doesn’t matter that you’re an agnostic or a believer of the band because Agnostic Front aren’t the type of guys that care about... 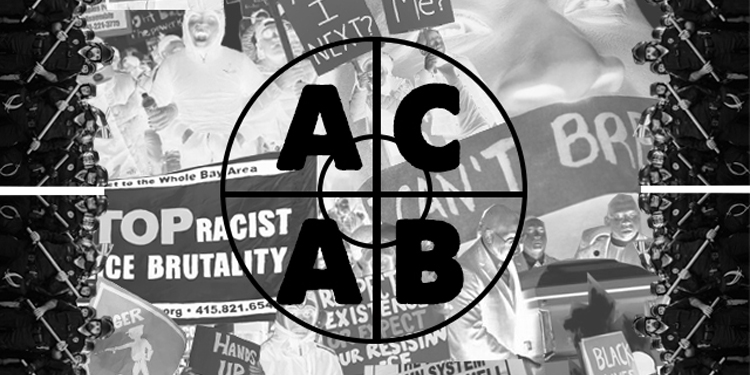 This one’s for the BASTARDS!! ACAB Mixtape

Let me stop you before you tell me “not ALL cops are bastards!” There are enough bastard cops to make police brutality and systemic racism... 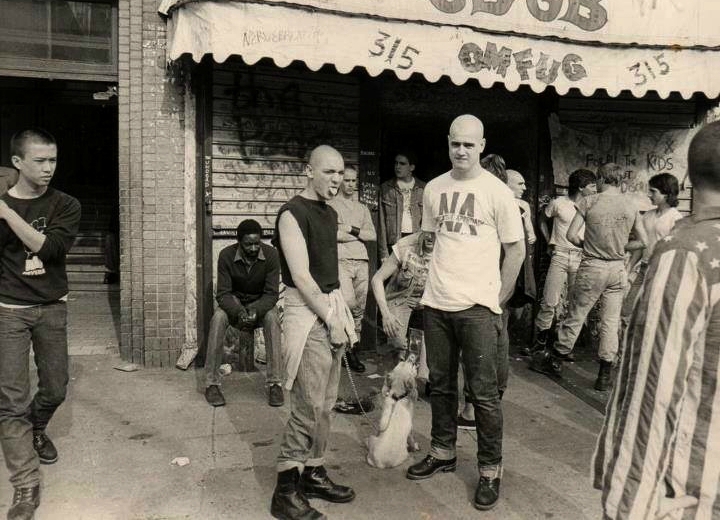 1986: The Regis Philibin Morning Show turned its cameras on the hardcore punk phenomena. The spotlight fell on the quixotic old-timers, Regis and Kathy...