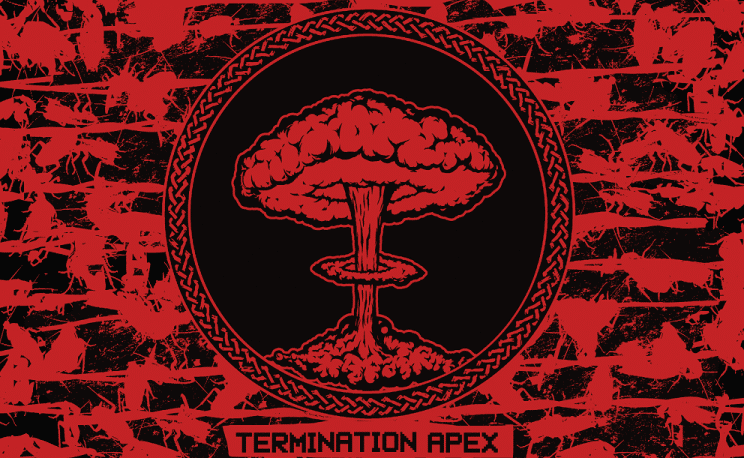 Kapala hail from West Bengal India and have managed to compose the sound of an impending apocalyptic war. Their newest EP Termination Apex is a raw murky slab blending speed, death, and black metal into a violent war machine.

Kapala set a grim mood as the sound of Geiger counters tick welcoming the listener to an area that has already been annihilated. Stomping towards death creeps forward only be all drowned out by the ringing of machine gun blasts, and bullet shells raining against the pavement.

Kapala embrace a murky and purposely botched production style. The mixing of this three piece makes it truly difficult to hear the real tone of their instruments. The band advertises their playing by the use of weapons (i.e. radioactive vomits, axe of atomic thermo-termination, and doomsday artillery barrage). They bend sound to their will and create a blistering, groove laden rhythm that snakes in between a mushroom cloud filled with noise. The vocals also shift from a classic guttural style to howling black metal.

Kapala prove with their second EP that they are a force to be reckoned with. These guys are pissed off and know how much of a shitty place this world is. They are prepared for the worst, and have made a soundtrack that can adequately reflect the destruction of humanity.