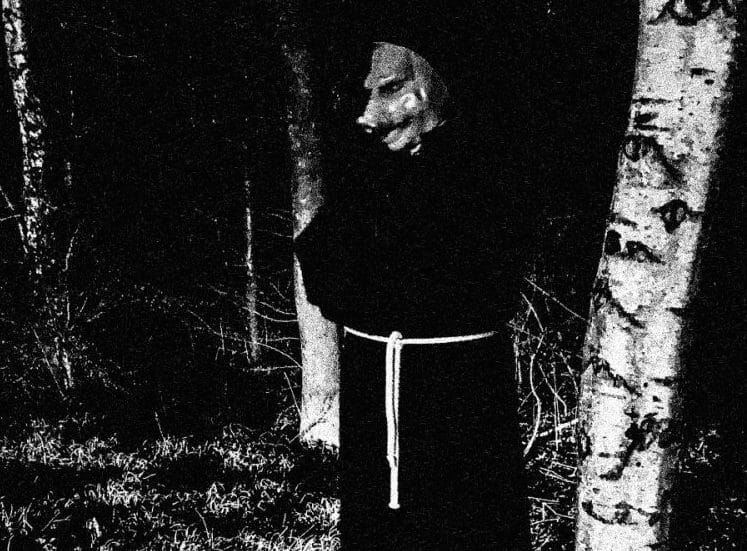 Black metal has always been a genre shrouded by mystery. Bands revel in the ability to mask themselves from society making this is the ultimate expression and true meaning of black metal. It becomes a physical attempt to exist in reality, but is just a shadow of some cryptic human. The members of this collective are spirits extending their bony fingers into our world, screaming warnings that there is nothing after death.

This collection of prayers is for whoever walks the path where the false light dare not shine. It’s a primal scream aimed towards the all-encompassing. These prayers came forth from the devouring darkness, and through this journey of catharsis I’ve manifested these four hymns that have become ”Bedehuis”.

Ossaert are a Dutch black one person (as the solitary member is unknown) metal band. The solitary member “P” crafts a mysterious miasma blending traditional cold, jagged Norwegian black metal, with strange melodic passages and soaring vocals in the shadow of King Diamond.

The vocal performance on this album as mentioned previously are arranged so well slipping from feeble screams swinging down to a more guttural vocal only to crescendo into a melodic clean tone, a voice echoing though the darkest of tombs.

I really found this album interesting. After scouring the annals of the internet I discovered that Ossaert is actually a folk tale. It is the story of a dog who lived with a master who was an absolutely terrible person, which imparts cruelty onto the dog. Ossaert has been seen as either a water demon in the shape of a encumbering black mass with hellfire eyes, or a spirit that haunted a home only to be purified by fire.

In essence (regardless of which tale you believe) Ossaert learned cruelty as consequence of his malevolent environment. P is able to do the same in each song weaving melodic passages, operatic vocals swirling into a vortex of hatred and disgust. It becomes a world view spawned from a schema composed of nihilistic emotions of all things sacred.

This is one hell of a debut performance. It’s an album I find myself going back to and discovering new pieces within each listen. Enjoy!