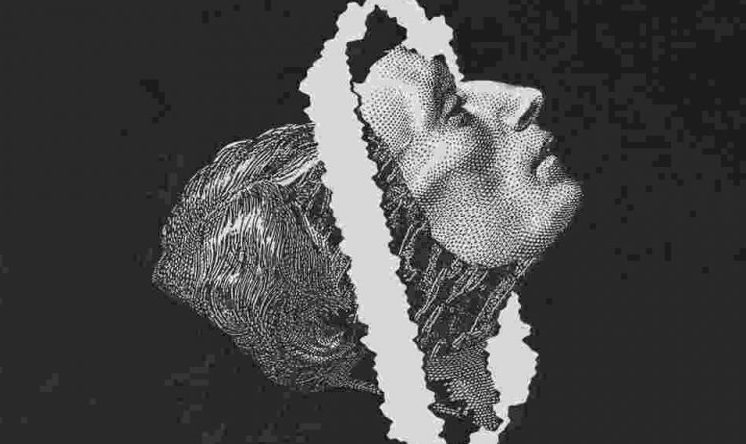 When I first brought Occultist down to my area and met Jim Reed in person, it was apparent right away that he was not only going to be a lifelong friends but that he was going to have a lifelong impact in music. We could do an entire separate piece on what this man does both on and off the stage, but let’s focus on his latest endeavor, Unmaker.

About six months ago I was honored with the offer to hear the full recording of Unmaker’s new record entitled Firmament.  As I walked the streets of northern Virginia, I was blown away! Unmaker is much more than I anticipated with their brooding dynamics, their conjuring of influences akin to monumental artists of the past, harrowing a modern vessel for shoegaze death rock.

I had the pleasure of catching up with Jim and talking up Unmaker, Occultist, the recording process and the Richmond, Virginia underground. We also have the honor of premiering a song from their record due out in October. Here is “Children of the Clouds”:

Advertisement. Scroll to continue reading.
Who are the members of Unmaker, where did they come from and what do they do in this project?
Unmaker is:
Jim Reed
Aaron Mitchell
Chris Compton
Brandon Whittaker
I approached Aaron, who does vocals when he was fronting 3 very different bands which are all pretty much defunct now: Slowing- a killer heavy atmospheric band, Crater- a vicious black metal band & Jingle-Bell Rocksparrer- his X-Mas charity Cocksparrer tribute band. We always had mutual friends and I loved his voice, presence plus the fact he was a solid person. We ended up drinking in a dive one night and got into a long discussion about our love for all kinds of music outside of the sometimes strict confines of punk and metal. We brainstormed on trying to do a band that has a more textured, layered approach but still captures a kind of darkness and weight without being strictly mono-genred and so it began…
Brandon our drummer was already playing with me in Occultist so we have a lot of history and chemistry. I was jamming with a different drummer initially and it didn’t work out. Brandon heard some recordings of what we were up to and got very excited and asked to be a part of it. He’s been vital to the songwriting process.
Chris is our current bassist. He ended up replacing Kent who played on the record. Chris was previously in the bands Hex Machine and Brief Lives. Currently he also plays in his own killer heavy rock band which he sings and plays guitar in called Large Margin. He also loves The Simpsons, but who doesn’t?
How did the band form and the musical direction take flight? Influences?
*Some of the first part of this question was answered in the previous one above.*
To make a long story short: I had a lot of riffs that turned into songs that didn’t fit with what Occultist was doing and I felt I needed another outlet. The idea germinated out of Aaron and I ruminating on all kinds of other music we loved that was out there and outside of the genres we had been playing in. I purposely wanted no strict rules for the sound of the band and for it to be wide open other than keeping a dark current with some nods to post-punk but not just trying to be another “death rock/ post-punk” revival type band. I was more interested in taking some of those sonic elements and putting our own spin on them. Influences that have been overtly discussed are pretty wide but early on: Killing Joke, The Damned, Bathory, Krautrock in general, Bjork, Queen, Depeche Mode & (early) U2.
Who was involved in the recording/mastering process for “Firmament”? What was it like working with them?
We recorded Firmament with Rick Olson at The Ward Studios in Richmond Virginia. It was wonderful working with Rick and he played a critical role in the creation of the record. He played synth on several tracks, produced it along with doing the mixing & engineering. He was super patient with us- probably too patient at times. He has a similar mindset as us in regards to appreciating all kind of music and sounds while not letting artificial boundaries hold him back. The record was mastered by our good friend and excellent mastering engineer Dan Randall at Mammoth Sound Mastering. He was very attentive to detail and made it a point to master Firmament with a more cinematic feel including a wide stereo field rather than the old “just make it loud” approach that’s done a lot these days. Don’t get me wrong, it’s still loud but it has dynamics and it was made to be a headphones record as well as a aux-cord banger. Who did the cover art for the record?
Our friend Blake Melton did the album art.  He and I used to work together plus he did some flyer work for us and we really love what he does. He was provided pretty much no themes or creative direction for the art. We just asked him to listen to the record and see what imagery it conjured. I can’t place why but what came out the other end felt right and we are very happy with it. Check out his other stuff over here: www.blackmelton.com
Describe the songwriting process and/or the lyrical content.  Any focus politically or spiritually?
(I grabbed Aaron to chime in on just this one)
Aaron Mitchell: Our writing process usually starts off with very raw materials and the music is very collaborative in its construction. Only a few of the songs started off with a base that I could use lyrically. I tend to feel out the melody and tone for my vocals and then use the imagery that comes to mind as we build the song. Jim had some lyrics and concepts in the beginning so we combined our ideas and went from there. Conceptually I draw from science, science fiction, history, current events/war theology, and some greatly personal events from my life.
What has the response been for your live shows or any sneak peeks at the recordings?
The live response for our shows has been getting exponentially better every time we play. We just played a festival here in Richmond called “The Commonwealth of Notions” and it was honestly our best show crowd and feeling-wise yet. The response so far to the recordings has been very positive, we’ve only exposed them to a small group of people in our circle, so there’s a bias but we feel good about what we created. A couple of you are involved with Occultist, what has been happening over in that camp? Any other bands in the Unmaker family tree?
Occultist, which Brandon and I play in has been on the slow burn over the past few years between dealing with life and lineup shifts. We have more than an album’s worth of material written in the pipeline. We hope the dam breaks soon with the stuff we’ve been working on. We have a full length which should finally see the light of day in early 2019 – right now things are probably going better than they ever have behind the scenes and we’re all excited about the material.
Other Bands in the Unmaker family tree:
Jim: Occultist (of course) plus a new electronic/ industrial flavored project with the working title of Goldenblood and I’m contributing to this other crazy thing called Gauchiste which is kind of a supergroup recording collab headed up by Tannon Penland from Loincloth.
Chris: Does a great heavy/noise rock kind of band called Large Margin and occasionally Brief Lives when everyone is in town.
Brandon: Has a third band called Weird Tears with some Richmond music lifers doing kind of a pop rock and roll thing.
What is the state of the Richmond underground these days?
The Richmond underground is probably more varied and vibrant than it ever has been. The sheer amount of good bands around could fill pages. A few bands to keep an ear for: Future Terror, Shadow Age, Doll Baby, Mon Chere, ASM, Among The Rocks & Roots.
Any plans to travel after the October release of the record?  What can we expect going into next year?
We’re playing our record release show at Gallery 5 in Richmond VA on Halloween and depending how things go we’re planning weekend warrior tours and a full on extensive tour in early 2019.
Any last words, shout outs, etc..
I think I’ve said all I need to say I would like to say special thanks to some other key people that without them this record would not have been possible: David Arbore, Mike Layne & Rivanna Youngpool!
In this article:Firmament, Jim Reed, occultist, Richmond, Unmaker 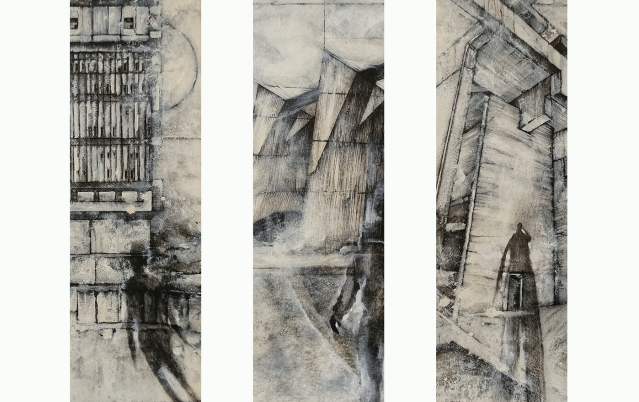 Hailing from Richmond, VA, Shadow Age have finally released their first full-length album after five years as a band! What I love about Shadow... 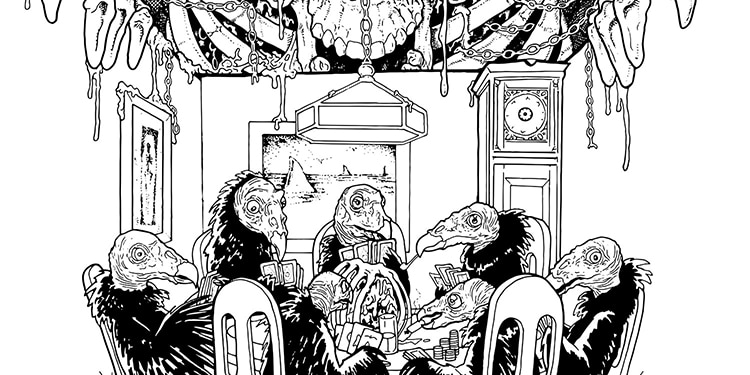 Premiere Streaming: BUZZARD DUST “Have You Seen Me”

Forcefield Records has a new release on the horizon, and it’s the pummeling, destructive self-titled full length from Richmond, VA’s BUZZARD DUST! Today we...

PSYCHIC TV are about to hit the road on a mini tour, and we’ve got a pair of tickets to give away for their...