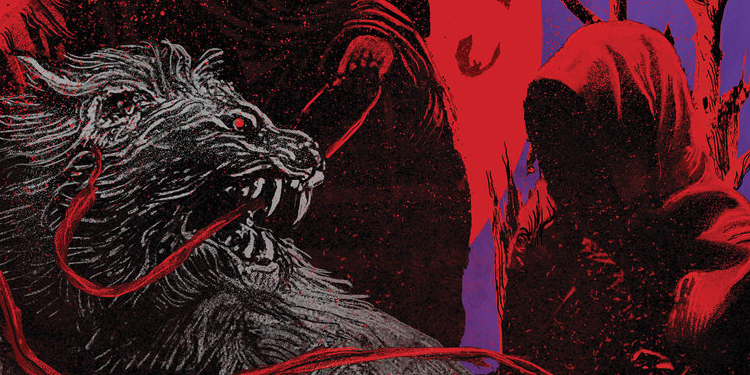 Like all Unearthly Trance albums, the first song wastes no time getting to the point and letting the listener know exactly what the fuck they’re in for this time. “Into the Spiral” is a furious, rocking, mid-paced stomper that would fit right in on their 2008 album, Electrocution. “Scythe” and “Famine” recall The Trident’s forays into haunting, atmospheric psychedelia mixed with frostbitten, grim riffing. “Dream State Arsenal” and “Invisible Butchery” cull from both In the Red’s filth-ridden, nihilistic doom and the monolithic, hopeless atmosphere of their last album, V.

But, rather than being a greatest hits run of songs displaying all of the disparate aspects of Unearthly Trance’s sound, Stalking the Ghost embraces them all and uses them as necessary. Past UT albums, specifically V, would lean heavily in one direction, sometimes at the expense of their core. That’s not to say that they ever lost their identity. Quite the contrary, as they follow their muse no matter what. But, on this latest album, it seems that Unearthly Trance have found a balance that plays to their strengths and lets them use any weapon or spell in their arsenal as the songs see fit.

The band is versatile enough to pull from doom, hardcore, black metal, stoner rock and whatever demons lurk in their alchemic minds. To make this work, however, one must be adept and skilled with their weapon of choice, and the men behind UT are exactly that.

Vocalist Ryan Lipynsky has proven himself to be a wellspring of riffs and ideas, and is one of the more underrated vocalists around. He can go from a scathing snarl to a menacing howl to a phantasmic whisper on command. Bassist Jay Newman is a bassist’s bassist. He plays exactly what’s needed and knows when to provide counterpoint or just let the hammer drop. He’s probably a drummer’s bassist, as well, because he fuses with Darren Verni to form a motherfucker of a rhythm section. Speaking of Darren, a lot of what UT does would simply not be possible without him. He’s called upon to cover a lot of genre territory in this band and he always nails it. Stalking the Ghost has sections where he shows a surprising amount of delicacy, and that’s coming from one of the hardest hitters in the game. (Trust me, the dude used my kit once and dented almost all of my heads two days before I left for tour.)

Such proficiency can be obscured by production, but that is definitely not the case on Stalking the Ghost. After recording V and the two Serpentine Path albums by themselves, Unearthly Trance elected to go to Menegroth, The Thousand Caves studio, where Colin Marston of Gorguts and Krallice fame manned the controls. The result is an album that has the clarity and heft of The Trident and Electrocution, but brings back the filthy, polluted atmosphere of In the Red. It is a fierce combination that suits Unearthly Trance perfectly. It is vital to note that no one has ever captured Jay Newman’s bass tone and mixed it as well it is on this album. Now, whether this all adds up to this album being the one where the metal world at large finally catches up to what Unearthly Trance have been kicking for damn near seventeen years remains to be seen. While they’ve always had a very solid following in Europe, they’ve never quote broken through in the United States. That isn’t to say that they don’t have a following here, but I’ve always felt that they should be bigger than what they are.

If that is indeed the case, Unearthly Trance probably ain’t fucking bothered at all. They’ve done exactly what the fuck they want to do with their band and their music from day one. That they haven’t broken through to wider acclaim is simply due to the fact that they cannot be easily defined or categorized. They’ve also been a few steps ahead of a lot of trends that have come down the pike in the last few years. Sigils, symbols, use of occult language and iconography? UT had ya beat. Blackened anything? Yup, UT was way ahead of y’all there, too.

But when it comes down to it, there’s all the genres that they pull from, and then there’s Unearthly Trance. They’re a band with a singular voice that has been a constant, reliable source of some of the densest jams on the block.

If Stalking the Ghost doesn’t put that upside your head, that’s on you.