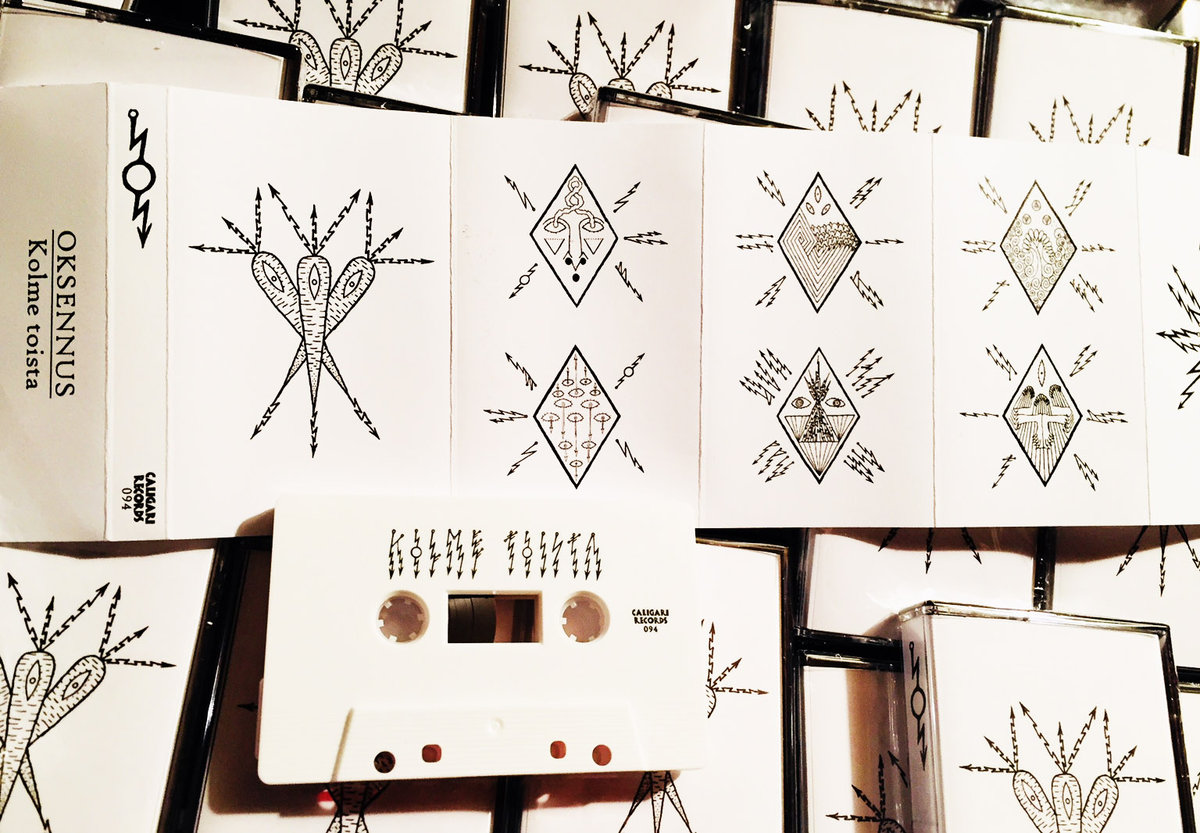 For me, Caligari Records defines what the underground should be. It is a label run by one dedicated person, Ignacio Brown, with the vision to bring new and interesting music to listeners. Rather than locking into one signature sound or subgenre, Caligari’s roster is all over the place, from Death Rock to Doom to noise to thrash. What ties everything together is the insane level of quality and the label’s desire to search the cracks of the underground for things no one has heard before. It’s also one of the US’s best distros for hard-to-find extreme music. What follows is an interview with Ignacio that attempts to shed some light on a true DIY institution.

I always wanted to run a label. Since I discovered metal in my early teens, music has been an obsession, and I always thought of having a label as a pipedream. As an adult though, I started to think of it in different terms, as a side gig and as a way to support starting bands that could use a little bit of exposure. Years ago I was running a zine and was getting tons of demos and self-released recordings from bands that I thought were great but that no label would touch, so the idea came from there. Running a label was the next logical step to writing about metal for hours on end. Do you have any labels that have inspired you in how you do things?

Not really. There are labels that I like and as a music fan I have always followed the releases of certain labels, but I wouldn’t say I have been inspired by any. Years ago, I used to follow Man’s Ruin Records and would buy all their releases and around the same time I followed Relapse Records closely because they could do no wrong in the mid-90’s. A label that to me is worthy of admiration is Profound Lore because their releases don’t adhere to any specific sound yet you can always expect a high level of quality. I am not sure I would say these labels are an inspiration for my label, but I for sure dig their work. What’s the balance for the label in your life?

Good question. It is getting tougher and tougher. I have a family and a pretty demanding job that requires more attention by the minute, so given that, I would say that the label is a priority in my life but only after my family and my job because without those two, I would be both a street person and very lonely person. The label takes a lot of time and effort, no doubt, but I enjoy every minute of it, even if it is a ton of work and sometimes stress. Why are tapes your preferred format?

Affordability. Their cost and limited runs allow me to release recordings very frequently. Aside from that, I was a huge cassette collector (and listener) when I was a kid, so there is the fetishist and nostalgic element to it. People may think that cassettes are the most inferior format, but I dig their sound, just keep your deck clean and you should be ok. How is it decided when a release is just on tape versus multiple formats?

Cassette is the format I focus on. However, I have released one vinyl and five CD’s, these have been chosen because the bands requested them and because there were funds for them. The idea is not to be a ‘cassette label’, but an underground record label, so even though most of my releases are on cassette format, that doesn’t mean that’s where my focus will remain in the future. I plan on continuing to release recordings on all formats. Is it just you, or is anyone else involved? The roster spans a variety of sub-genres; how do you decide what to put out?

I don’t listen to just one subgenre so I basically just release what I like and what I think fits the idea of not fitting in. I typically reach out to new bands when I am impressed by their material and no physical material has been released yet. Mostly though, it is bands that reach out to me via email. I listen to every submission and if I like it enough I go for it and hopefully a gentlemen agreement can be reached quickly.  I want to keep the focus on hard underground music, but I don’t really care about specific subgenres. Who does the artwork and layout?

Artwork comes from the bands but on a few releases the label has commissioned artwork from artists. The layout is done by me but in some instances the artists have handled that themselves. The end result is more often than not a collaboration between the band and the label. Ideally both parties are 100% into the layout and design so there are instances when there is plenty of back and forth until everyone is happy. Layout and design can be a process, and sometimes a painful one. There seems to be an even mix of demos/eps and full albums. Are there pros and cons to putting out each?

Not really. I would say most of my releases are demos and EP’s because I tend to work with young bands. With a few counted exceptions, my focus is to work with new bands and projects hence the preponderance of demos and EP’s. I wouldn’t say that there are cons to releasing full-lengths, other than the possibility of incurring marginally higher costs and equal chances of not selling enough to cover those costs. The same goes for releasing other formats: cd’s and especially vinyl are more expensive to produce, so the risk is higher there. Once you sign a band, do you assume you will put out more from them, or is it an album-by-album thing?

It’s an album by album thing. There are no actual signings. My agreement with bands is always for one recording but I am always happy to work with those bands again as long as I like their follow-up recordings. I make no promises nor commitment on releasing recordings that have not been finalized because I can’t stand the idea of releasing a recording I am not 100% into. More often than not the bands that work with my label end up going to bigger labels and that is fine, that is kind of the idea for the label: to focus on bands that are young, talented, hungry and hard-working. How much of your time/resources are spent on the distro end of things versus putting out your own releases?

I would say it’s close to 50/50. Tasks related to my releases include dealing with bands and working on their design, advertising, sending promos and shipping orders, whereas the distro boils down to either buying wholesale or doing trades, posting pics online and packing orders.  Packing orders is a chore and takes hours. It is literally hard labor. How is it decided what other distros put out Caligari releases?

I am happy to work with any distros and labels out there. I do plenty of trades and I do wholesale on my releases as well. Ideally, my releases are available in as many distros, labels and countries as possible. I always make the effort to get them out there to at least Europe and South America.  I want people to have easy access to my releases. Is it more fun to break a band or release material by a band that already has a following or some history?

Definitely break a band. I can count with one hand the bands I have worked with that had material released via other labels prior to working with me. I consciously avoid working with bands that have been around for a while unless I can’t resist the idea, like it was with Anatomia and Bretwaldas of Heathen Doom.  I think it would be much easier to focus on well-known bands, it would also be less risky, but I don’t think that would be as much fun. If you could put out any band’s next album, who would it be?

Hard to say because to me most of the fun is to find new bands, as the established ones always lose their allure and on the same token, I wouldn’t want to put out an album that I have not heard in its entirety, no matter whose it by.  That said, I would love to release the next recordings by Cemetery and Human Bodies. What advice would you have for someone looking to start their own label?

Don’t do it for the money, because I don’t think there is a lot of money to be had. Check your expectations, because more than likely, they are way off.