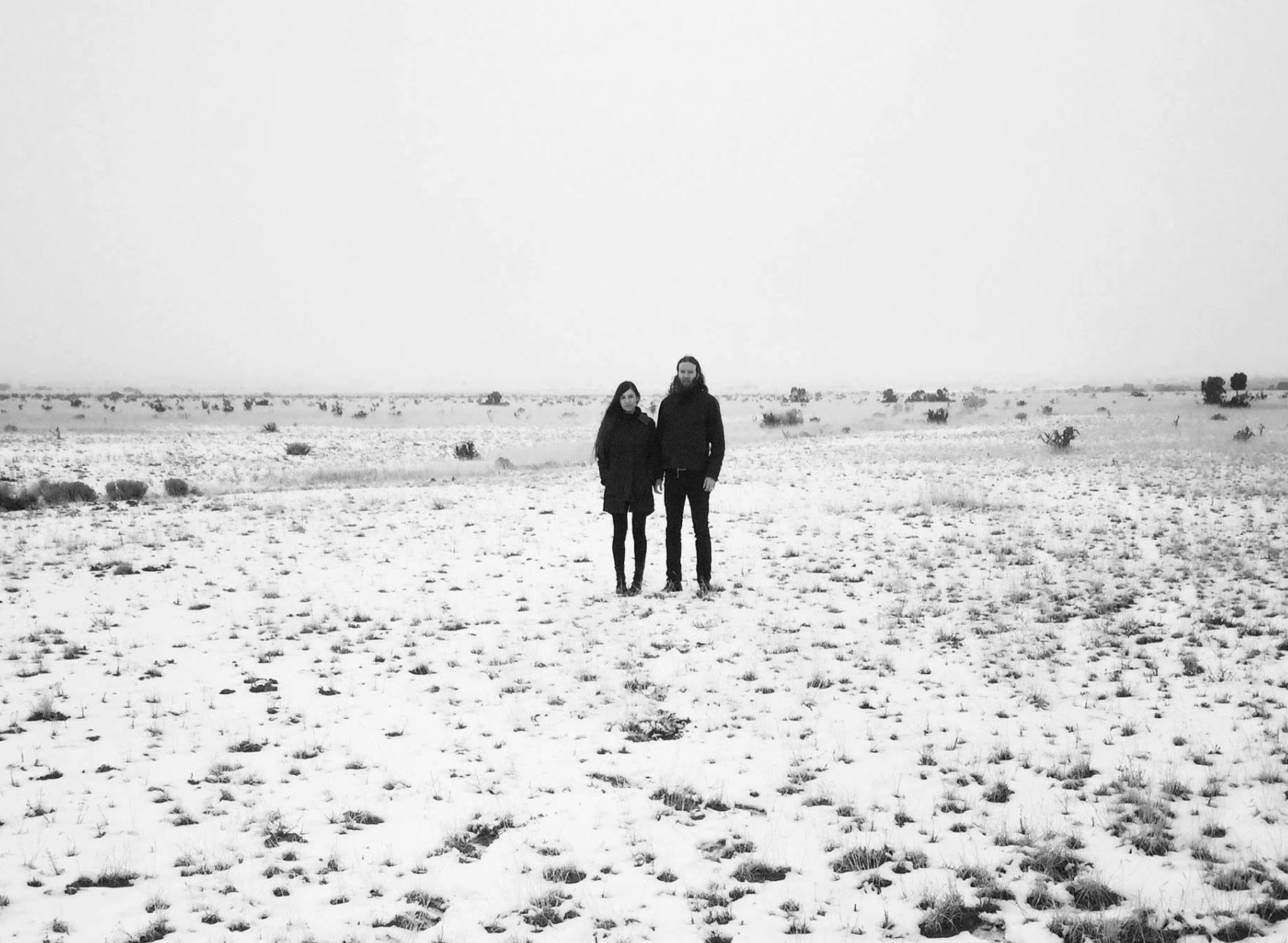 SIGE Records is a label from Washington state operated by Aaron Turner and Faith Colaccia, and the two also make up the core creative force behind the ambient/post-rock unit Mamiffer. This month the label has announced two amazing releases that deserve everyone’s most focused and dedicated attention.

Crater is a collaborative work which sees legendary Pacific Northwest noise magician Daniel Menche work together with Turner and Colacia, creating six movements of mesmerizing and shape-shifting electronic ambient/glitch field recording frenzy that pulses and morphs in a cascading downward spiral of sound-sculpting madness, ranging from the vibrant and shimmering texture of Boards of Canada to the hollow and lifeless wilderness of drone and dark ambient, while at the same time also touching the coarse and caustic sonic abrasions that one would find in works by Lustmord, Prurient and Final. While the opening track, “Calyx,” misleads the listener to think this is some artsy and luminous electronic glitch record, the subsequent track, “Husk,” opens up with repellant, demented and chaotic field recordings that make you feel like you have been all of a sudden catapulted into the film Begotten, surrounded by its absurd and senseless soundtrack. Halfway though, the track then morphs into a lifeless and colorless wall of static that is pure tension and is in essence the sonic depiction of anxiety. “Alluvial” once again takes the listener back into a senseless loop, opening up with another haunting and grim mosaic of scattered field recordings sewn together with a sinister hiss of feedback before morphing once again in a celestial and angelic, but still very frightening and austere organ drone.

This final section of the track feels like the climax of the record is close, as it lingers and swells, suspended in slow-moving shadows and penetrated by ghostly rays of dying light that get choked towards the end by a suffocating series of cascading piano reverberations, before dying once again in the arms of the absurdly unsettling field recordings that opened the track. “Breccia” is by far the best track on the album, and this is where shit gets “heavy,” looming and threatening. A massive and distorted synth drone opens the mouth of hell, infested by yet another glitched-out series of stark and ominous field recordings before the noise and static coalesces like a black hole into an enormous solid sphere of sonic black mater that lingers in front of the listener like a strange living black monolith from another world. This is where the loudness and texture of this Crater really finds its critical mass, peak and point of non-return, as the track distorts, breaks up and starts fracturing, crumbling into a giant cloud of static evil. Listening to this track with good stereophonic headphones is a real headfuck that any noise or drone nerd needs to succumb to. As one would expect, the final tracks “Exuviae” and “Maar” are like a decompression chamber for the listener to get relief from the madness and abyssal pressure of the previous movements. “Exuviae” slightly loosens the suffocating grasp on the listener, with a more tame and scattered assault on the senses while still remaining a substantial slab of dirgy and claustrophobic blackened drone, while “Maar” releases the listener from the suffocating and asphyxiating density of the rest of the album with a mournful and sorrowful synth line that distorts, crumbles and fades away in the end, revealing once again the light, hope and life that exists in the silence that lays beyond this record. Overall, one of the best industrial ambient/drone albums if the year. Cassettes are sold out, but you can still get CDs from Siege. Oakeater should be nothing new to dark ambient and drone enthusiasts. The Midwest shadow mongers have been around for quite some time and  have a string of releases already under their belt which have been released over the past ten years on labels like HydraHead, Black Horizons and Nihilist. The bands takes cues from legendary British avant-garde bands like Coil, Throbbing Gristle, Current 93 and later-era Death in June and use that glorious and legendary shapeshifting of sounds and moods to create a slowed down, drooping, and comatose tapestry of aural dread, weaving new and old ambient industrial into a spellbinding and nightmarish sonic mosaic. While opening track, “Wishful Beginnings,” quietly sets the cogs of this harrowing spectre in motion, the following track, “All That is Sacred,” introduces the first real testament of this band’s vision and intents in their present and current artistic incarnation, presenting us with an assembly of noises, disembodied screams, and scattered bursts of static that resemble some kind aural hallucination, or the soundtrack to a surrealist horror movie that does not exist. This is where the band, trough its absurd vocal ramblings and scattered synth work shrouded in tenebrous and looming atmospheres, brings to mind Prurient and, most of all, Trepaneringsritualen…

“Hatchet” is a segue to “All That is Sacred,” yet it takes a more minimalist and traditional dark ambient approach as if it were a dark hallway littered with scattered field recordings and strange synth bellows of otherworldly origin. “Maps,” on the other side, is a true dark ambient track, with little pauses and gaps, but rather played out on a constant and interrupted flow of diabolical drones pierced by demonic and unsettling screams that appear almost as if they are coming to the listener from another room or suffocated by a wall. The final two tacks – the title track and “Respite” – return to more rhythmic patterns as seen in the opening phases of the album, but still retaining that weird, ominous, unsettling and vulgar minimalism that is the unifying thread that ties the songs together, with the title track introducing some scraping electric guitar drones that bring to mind the work Lustmord did with the Melvins, and “Respite” showcasing an industrial and cybernetic sequence of hammering and pounding percussions set up against a backdrop of threatening and swelling synth drones. While Oakeater’s music feels more minimalist and primitive than Mamiffer’s colossal sound-sculpting, this is just as much another valuable highlight in 2015’s drone and dark ambient, and another must for any fans of the genre. Get LPs or tapes of “Aquarius” straight from Sige.