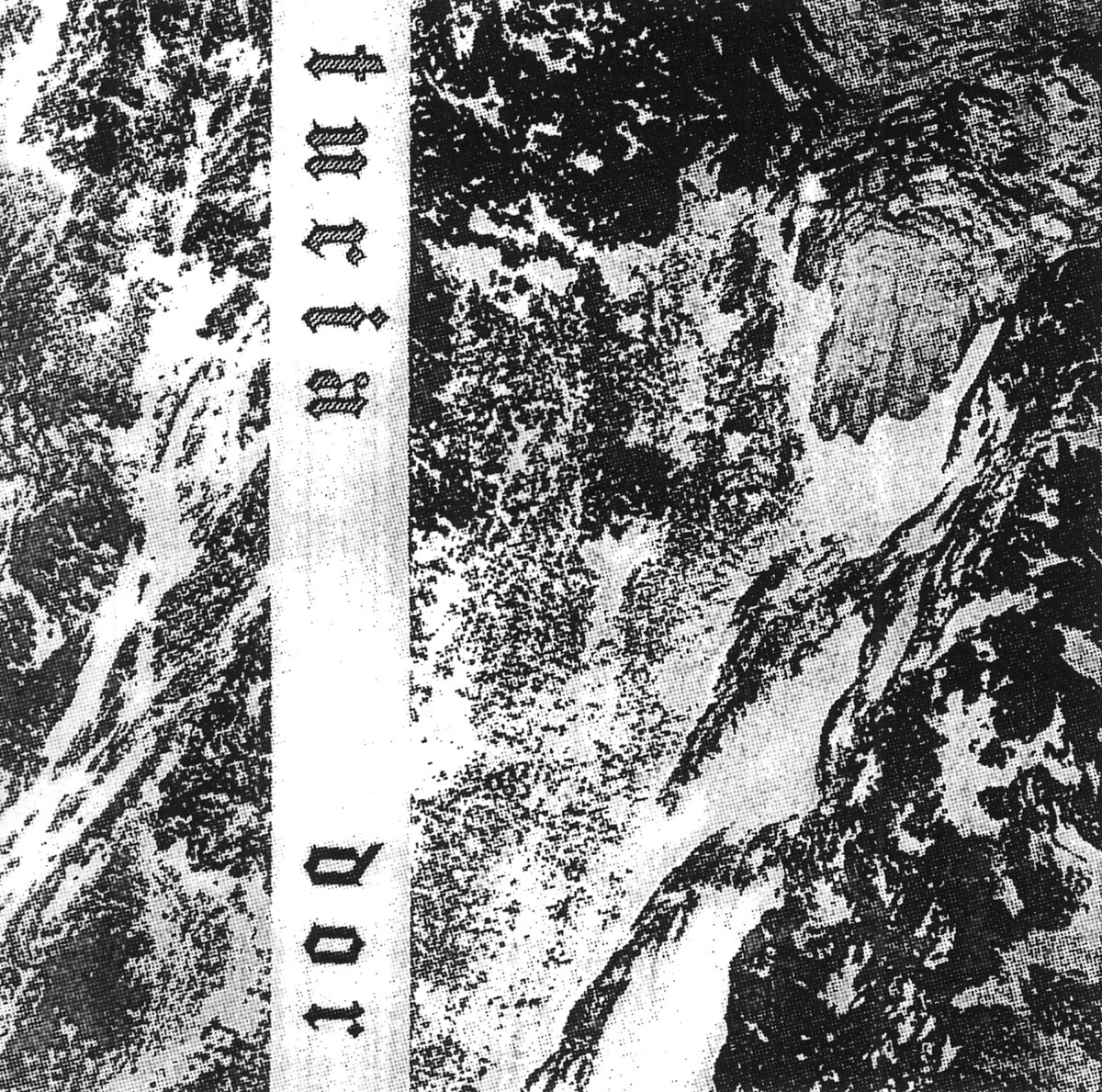 The end of the year is always a tricky time for a band to release an album. Most people, bloggers and journalists and internet junkies, have already compiled their year end lists. The massive, thunder-from-the-heavens type of releases have already hit, their aftershock still being discussed, dissected and ranked. Even the more popular bands have a hard time breaking their way into the already, semi-established lists that cause so much shit-talking and debate on comment threads at this point in time.

Thankfully, there are those bands that don’t really give a damn for any of that. Bands that quietly slide and navigate their way through a oftentimes crowded scene. Enter Black Metal multi-dimensional travelers Turia, hailing from the Netherlands. A band that has been stealthy moving under the cover of night among the more polished, mainstream acts that received so much praise last year. This three piece have crafted a raw, stripped-down yet startlingly deep output with their album Dor, which was released at the tail end of last year. Four songs that contain a journey into hopelessness, beauty and far beyond both spectrums of those emotions. Four songs that are carefully pieced together throughout its thirty-seven minute duration, with the end result being a shockingly deep and mature piece of Blackened art.

To be honest, I’ve had this dense piece of malice for almost three months now. Even still, as I’m finally putting words down in regards to this record, I still feel a bit confused. I’m almost taken aback as to what it was that I was feeling when listening to them. I had to put this album away for a while, because, well, it was baffling my mind a bit upon my initial time with it. But as I returned to finally review this album, I knew all too well what a daunting task peeling away the layers to this three-piece’s freshman offering was going to be. Over the course of my second binge on this album, it became very clear to me that Turia have crafted something strangely unique in the realm of Black Metal. The vision and execution shown on this release is, well, quite simply breathtaking. Even more so for such a relatively unknown band.

When you step into Dor, keep this one thing in mind; you’re not traversing the same, well-worn path that Black Metal has become. The real key to unlocking this album is to shelve any notion of attention to detail on the first few listens. Just drop into this one and forgo any concepts of what lurks around the corner. If one is going to ride into this release with guns blazing, expecting some thrash-based, boiling cauldron of Black Metal, you’re going to be sorely, sorely disappointed. Turia exemplify the more nuanced and subtle side of this sordid style of music, one that is woven into a thick, sonic tapestry which wraps around you throughout its duration. With the proper mindset, you’ll press play and become the thread that travels through the eye of Turia’s needle. You’ll embrace and find yourself lost within the Blackened-Drone atmosphere that wraps your neck and chokes you like a sadistic lover.

Altare Productions will be giving Dor  the vinyl Treatment!

Dor is meant to be enjoyed in the most extreme of environments and situations. In fact, like the shimmering, shifting sands of a desert or the bitter, wind swept vistas of unknown mountain top, Turia dance and in and out of a hot-cold sonic relationship. And as any relationship goes, Dor exemplifies the finest ‘give and take’ that composes all moments in our lives. Boiled down, when they rage, they rage. And when they need to scale back and delve into the cavernous sounds of another world, they do so with an artistic flair that hints at future works of staggering potential.

The harsh, long-drawn-out banshee wails of vocalist T – who shares a voice similar to that of the singers of Ash Borer and Mutilation Rites – is one that doesn’t just explode in a steady stream of lyrical patterning and tongue-tripping odes to Satanism, but rather acts as a backdrop to the drone-filled, mid-tempo melody and beat that fellow members J and O summon forth within their ritual chambers. Within each member’s respective role is a sense of some sort of reptilian, ancient, cult-like hymn echoing underneath the earth. The band isn’t merely playing from their core, but from some other more maligned cosmic force that dwells within their collective being. From the labored gasps, frantic pace and subtly shifting melody of the opening track “Behoudenis” straight down to the almost incredibly creepy and unnerving finish that Turia channel forth on “Halsstarrig de Dood Tegemoet,” Dor is without a doubt one hell of a heady Black Metal experience to partake in. I’ll take all of the blame on not covering this band, nor getting this review out on time. But damn it, this was a tough one to nail down. Even in its primal, stripped-down approach, it still has moments of incredibly nuanced passages and segments that left me rewinding the track over and over again. Since receiving this record, there hasn’t been one session with Dor where I haven’t stumbled upon some new darkened horror lurking within their sound. And as the lonely, cold mornings I spent on my daily commute flew by, Turia played a perfect companion to those long moments of introspection and exhaustion. While there is a certain selfish part of me that wanted to keep this band a secret, at the end of the day it would be travesty to do such. Turia have quietly thrown down the gauntlet with Dor. If they can outperform this album on their next offering, I have a feeling that a good portion of those of us who dwell in this sub-culture’s Meridian Trench will join in with their infernal, other-worldly choir.

This music pushes my whole being to other worlds that I did not know existed, because this band creates from a place that is free...

Argento Records is a new label gaining respect in the underground for strong release after strong release! Their newest offering was Verwoed‘s Bodemloos LP that...

Our anniversary week wouldn’t be complete without another installment of our scathing, raging, masochistic Blackened Everything mixtape, so here’s Vol. XI. We’ve put together... 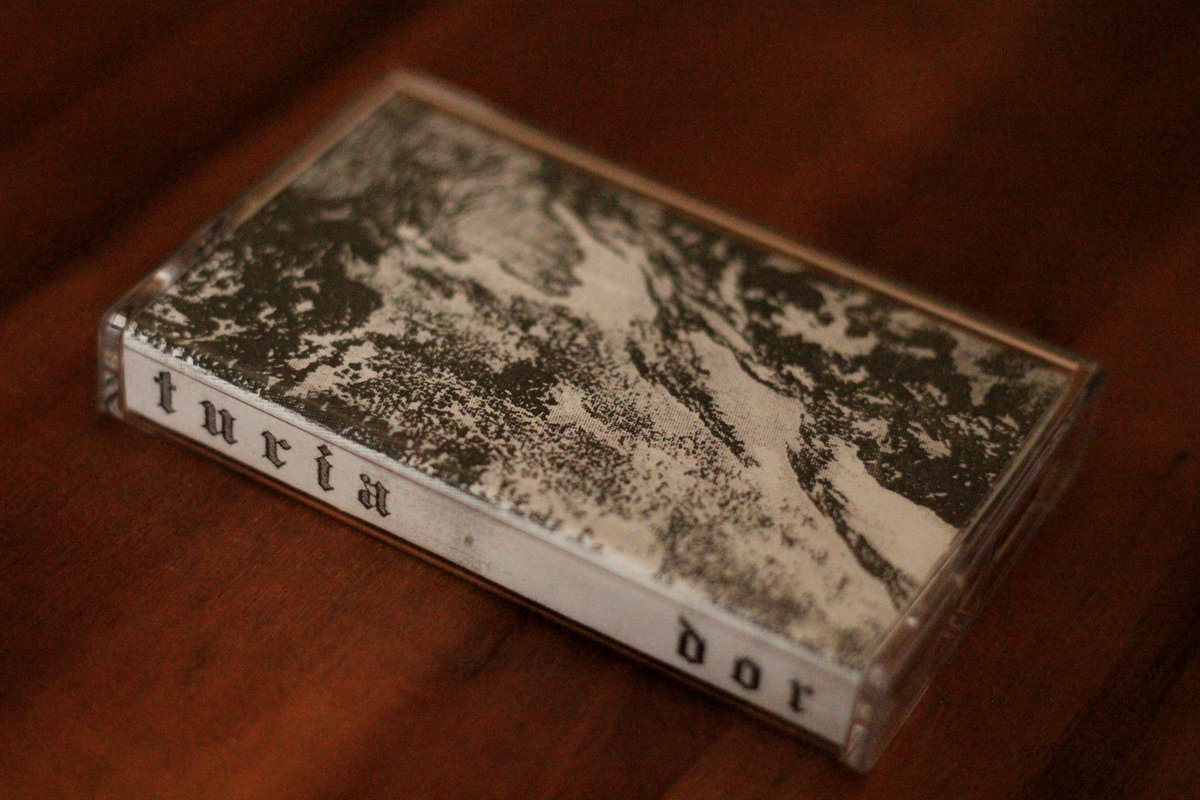 Two Black Metal Releases That You Must Listen To This Week: LUBBERT DAS & TURIA

I wanted to make this feature about one band, but that would not be fair to you or the bands, because you need to...