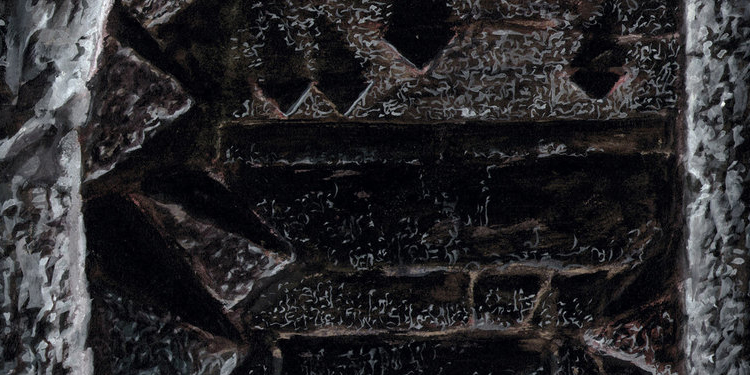 Triumvir Foul’s Spiritual Bloodshed seems to hint at a soundtrack for civilization’s imminent end.  Whether that be a result of a natural calamity or a result of some catastrophic feat of violence, Triumvir Foul sends shockwaves throughout the foundation of society as we know it.  The pillars are tumbling down, the roof is caving in, fires are raging, and the turn of mankind’s dominance as a species is at a gruelling finish.

The music here is violent, sometimes blasting, slowing down, the guitars being but one precursor to the wall of sound.  The intro has a noise sample, and the seemingly layered guitar riffs provide counterplay that isn’t immediately discernible at first listen.  Clearly, the vocal roars hint at some otherworldly peril for mankind even as the lead guitar wails to Armageddon and back again.

Triumvir Foul are comprised of the members of black metal duo Ash Borer.  While Ash Borer has a more refined sound and meticulous approach to playing atmospheric black metal, Triumvir Foul is about chaos, violence, destruction.  It is tribute to death metal of days gone by, sometimes sounding like the underground black/death metal movement, the sort of play that isn’t typified by mainstream media acts that pertain to the same sub-genre tag.

The riffs here are quite original-sounding.  Barbaric, mesenteric in the way that suggests a storm creating waves of violence.  The band uses occasional extras like d-beat to pace the blast sections.  The pick slides resound like powerful strings rung to extract screaming from the guitarists fingers.  The band uses tasteful breakdowns to usher in frantic solos similar to those of early Trey Azagthoth-era lead guitar. There’s actually quite a variety of tempos up and down the tracklisting.  The band always inject faster, more brutal moments, sometimes going mid-tempo to fast, then to faster.  The lyrics are obscure, but occasionally intelligible.

Fans need not speculate on just how heavy Spiritual Bloodshed sounds.  The guitars are dense downpicks or uppicks.  The drums feature little more than thudding sounds.  The solos wail.  The production captures the mix at a point where the riffs, vocals and drums all sound muddled, circa eighties death metal style.  The sound isn’t polished or refined.  Fans who favor major label studio-enhanced sound will find this fairly raw, or else utterly unlistenable, and that’s probably what the band had in mind.  A copy of Spiritual Bloodshed on vinyl is recommended.  A sojourn into a mausoleum is perhaps the best way to enjoy this physical rapport with the underworld that Triumvir Foul conjure with fitting tribute.  Else, there’s plenty of places that play death metal the likes of which the underground would suitably vomit into well-lit streets in suburban residences.  Also, Triumvir Foul adding experimental noise is an innovation on this album, similar to Nihil’s approach. Get this now!