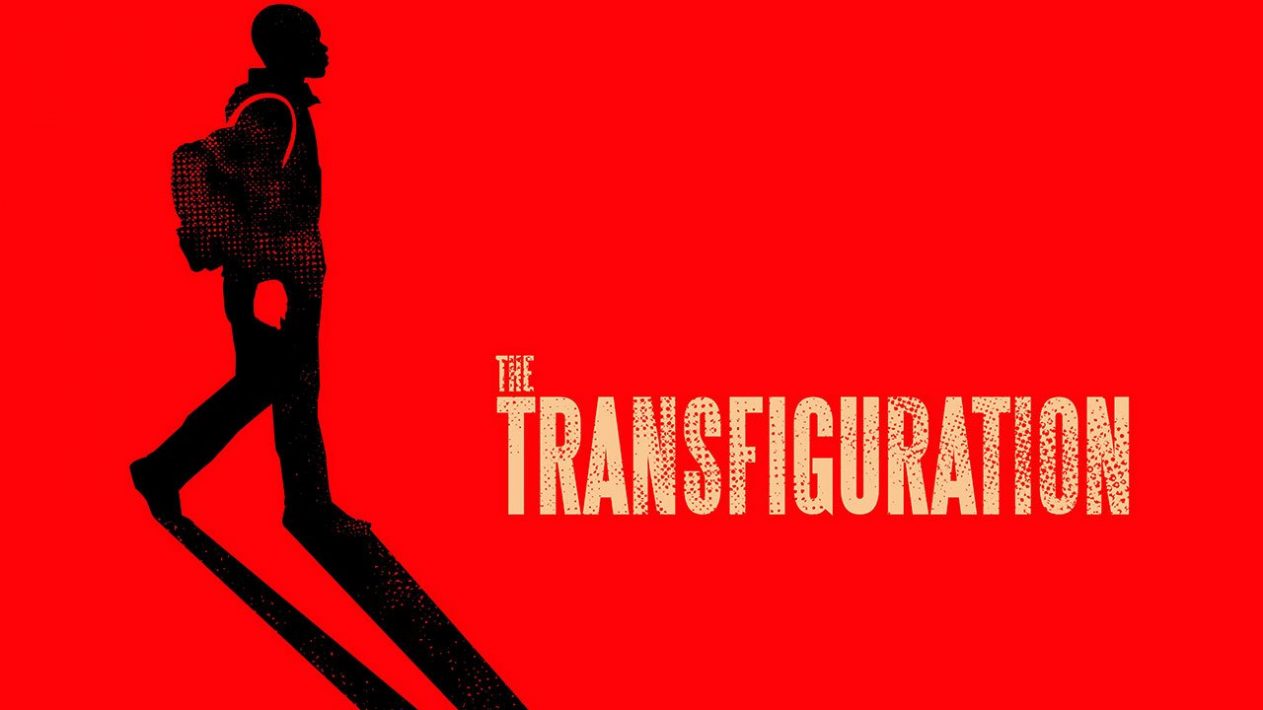 In the present, it seems like the unholy revenant known as the Vampire has been gentrified into nothing but a twinkly teen heartthrob, but sometimes a coffin opens to a crepuscular creep show that is unforgettable. The Transfiguration destroys the vampire film and regurgitates it into fresh blood. Be warned this is not a conventional vampire flick, nor a straightforward horror film, as it pays homage to the lore while placing the story in the backdrop of the city that never sleeps, which is perfect for a creature of the night.

The film is the story of Milo, a lonely kid living with his depressed brother in the projects. Milo is misunderstood and spends his time explore vampirism until he meets Sophie that lives in the same apartment complex and is also just as troubled as him.   They spark a romance and his obsession with vampires seems to distort the thin line between fantasy and reality with his hallucinations of drinking blood and murder. Or at least we think they are hallucinations… The film conveys similarity to the Swedish classic “Let the Right One In” as well as the ultimate vampire story of Dracula. Both stories are examples of the struggle of a doomed romance. Our focal characters are drifting through existence looking for understanding in a world that has neglected them. While one uses alcohol to cope with the tragedy of living, the other uses vampires to understand their own loneliness.

Moments of this film also use vampirism as a metaphor for violence itself. Through dialogue and some very disturbing scenes, we find that even with the existence of the most unholy creature walking among us there will always be something worse in the world at large plaguing humanity regardless of how that evil is manifested. Numerous violent acts are committed without shame or conviction. Has all moral been lost, or was there ever any, to begin with? We are forced to confront this idea of morality or lack thereof, to the point of questioning the subjectivity of itself.

The film also serves as a commentary for African-Americans in the current state of the United States, addressing problems such as violence and the lack of attention it receives from the communities. In this story, the vampire does not lurk the castles of Transylvania, but the boroughs of New York City, and the question that surfaces throughout the film is, would we even be aware of the monsters nocturnal hemophagia? Or would the killing go unnoticed by the media until the victims are colorless?

As Nosferatu’s shadow reaches with his clawed hand, this film reaches within the emptiness of nihilism and our protagonist, well…Our anti-hero, redefines what it means to be a vampire in the present day. As he explains, it does not come with an allergy to sunlight, silver, or garlic, but it is the struggle with living perpetually alone, always searching for a way out yet unable to find an exit yourself. Although this is not the next Symphony of Terror, it is an interpretation that deserves credit. A great slow-burn that utilizes “the vampire” psychologically to explore the dispiriting elements that affect the youth of today. This film certainly earned its merit within the new wave of horror that has become less about the external fear and more the internal conflict that haunts our psyches flooding into the material world as our own living demons. One cannot help be skeptical and ask if the monsters are real…

In this article:Horror, indie films, The Transfiguration, vampire