Times of Obscene Evil and Wild Daring: A 2019 Chat with Sarah Kitteringham of Smoulder - CVLT Nation 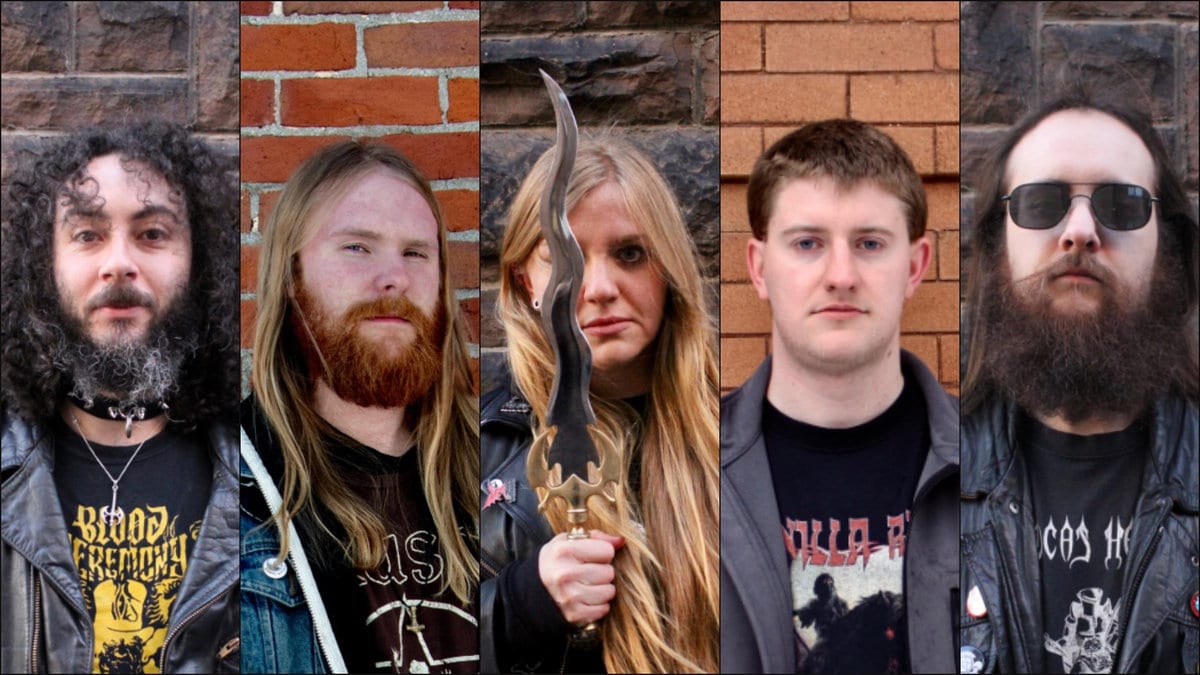 There are many ways to be radical in a troubled and troubling world, and they don’t all involve heavy-handed political messages. Smoulder may focus on dragons, swords, and fantasy in their lyrics, but that doesn’t mean there feet aren’t planted firmly in the real world. We talked to Sarah Kitteringham, warlord and vocalist, about her band’ success, gender in modern metal, and more.

What brought you all together as a band?
Vincent and I were at a house party one night, and we were talking about how in Calgary, where we lived at the time, there were no bands doing classic doom. We all decided to go downstairs and jam, and at first I was on drums.

Finally, we ended up relocating to Toronto, and we didn’t really have a practice space. I ended up switching from drums to vocals, and then we decided to expand and find more members.

As someone who’s been so involved with writing and the behind-the-scenes of the industry, what is it like to be in a successful band?
It’s funny because I never wanted to be the front person in the band. I liked being the drummer.I liked the anonymous nature of being a drummer, a little more behind the scenes. And so it was weird; the first five years or so of the band, I was really determined to not be the singer. And I think that I was just internalizing a lot of the rhetoric about women. I didn’t want to be cliche, because for the longest time, when I told anyone I was in a band, they’d be like, ‘Oh, you’re the singer.’ And it always just annoyed the hell out of me. I think to get over that, you have to stop internalizing the idea. Because now that I am the singer, I realize it’s an enormously hard job.

When it comes to being a woman in a band in 2019, how do you balance having a strong, female presence with not being categorized as the girl in the band or a female-fronted band?
Well, it’s interesting, because I think there is a choice in how bands get marketed.I explicitly told our label and publicist that I don’t want any mention of female-fronted; I don’t want there to be any mention of my gender in any of our marketing material. I wrote a lot of the band’s bios, and all of that was non-gendered.

I think the reason why that’s so important is because there’s a clear distinction between bands that lean into gender as a selling point versus bands who don’t. And I think that that distinction is important when it comes to people trusting your band, and also kind of internalizing the authenticity of your band. It’s a weird thing, because representation in music is really important, and it can be really subtly shifted when when you lean into things.

So, I was really careful about that. And I remember being 20 and thinking, ‘Oh my gosh, you’re a girl in a band!’ And I would ask musicians questions about that. They always kind of prickled when I asked those questions, and I realized as I got older that the best way to support representation is to normalize it.

Particularly in our genre of music, like epic, heavy metal, there are very few female vocalists. And not only that, there are very few sword and sorcery bands that focus exclusively on female characters. But, we didn’t necessarily do that to make a statement about the lack of female characters. We did that because I, as a vocalist, love female characters and sword and sorcery. So, yeah, this is a hard question for me to answer, because I do think that representation is very important. But I also think it’s important to normalize, and so trying to do those things simultaneously is a constant struggle that I think most people who are aware of these things have to really think about.

Do you have anything specific you want to announce?
We’re playing a lot of shows soon, and there will likely be a European tour. Right now, we’re finishing up the writing for our next release, which is going to be an EP.

We’re also looking at what our next album is going to sound like, because as a lyricist, I’m a really avid reader. I have a master’s degree in journalism, and my entire past is just reading, constantly, everything I can get my hands on. So I kind of like the idea for the next album of completely switching out of sword and sorcery and going for something else. And I already have a pretty clear idea that’s like formed in my mind, which I think will be interesting and also quite surprising for a lot of people. But we’ll see where that goes.