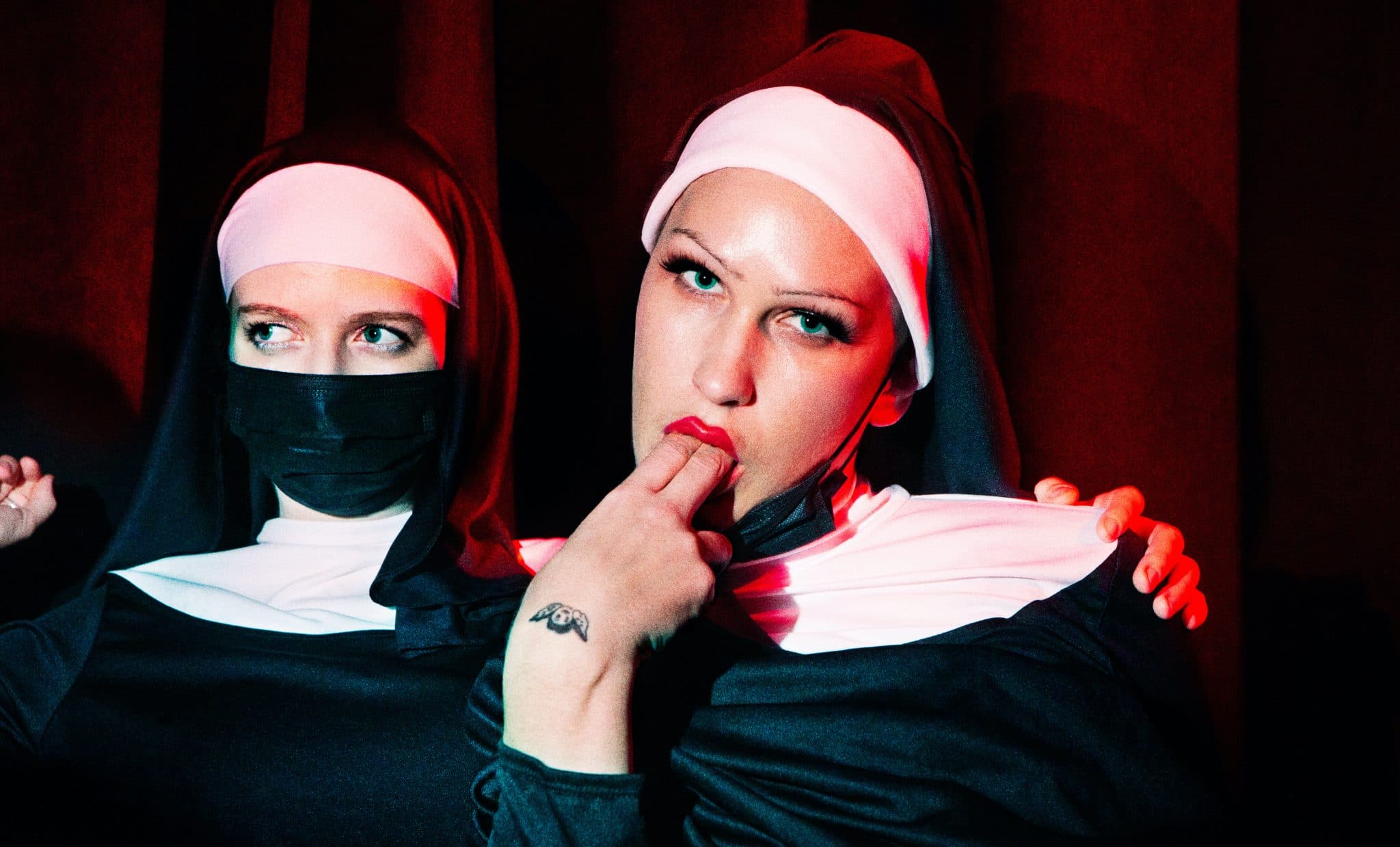 Portrait of EARTHEATER by Andrew Hallinan

I’m sure I took some photos when I was younger but photography became more serious for me when I took a photo class in high school, with a wonderful but strict teacher. I knew it was serious when, despite failing multiple classes, I was staying after school every single day to work in the darkroom. It was all B&W film I was shooting at the time and I absolutely fell in love with the darkroom. Something about the solitude and intense focus was a perfect antidote to all the bullshit that comes along with a high school education.

So I’ve always loved music and have really been a music obsessive — before I even started messing with LimeWire I would make a list, go to the library, get about twelve or so CDs out, bring them home and rip them to the family computer. Got a pretty insane catalog going that way.

Since I was a teenager, I’ve loved electronic music specifically, and the weirder avenues of noise and ambient, but I was never in a geographical place where I could see any of it live too much. Even after going to photo school and then moving to NYC, I was so entrenched in the fast-paced photo industry I didn’t have a lot of chances to see live music.

In 2019, after leaving an incredibly intense job, I was genuinely convinced I would not do photography seriously in any way. I was burned out and disillusioned with the photo industry. Honestly, this was freeing and I started to rediscover live music. I went to raves and punk shows and whatever else I could find for fun. Once I started bringing my camera in mid-2019 it was all over…so it was music that reignited my love of photography and I owe any serious photography I do in the future to the incredible music underground in Brooklyn.

While I don’t know that it defined my visual style, the first “show” I brought my camera to was the Melting Point Protest Rave in June 2019. Hardcore techno and rave blasting loud as fuck in front of the ICE headquarters in downtown Manhattan on a Sunday afternoon (Melting Point donates proceeds to Al Otro Lado). This really made clear to me the political environments rave culture and underground music can provide. I want to constantly remind myself of revolutionary possibilities, both personal and social.

This is also what introduced me to Brytani Caipa, the co-founder and director of Melting Point, to whom I owe so much to and miss dearly. Her vision was clear and ambitious and in return, she always trusted my creative eye. As she would say, Rave to Resist & Abolish ICE.

I love anything loud and chaotic of course, and any artist that pours their energy into sets or breaks down the barrier between artist and audience… Deli Girls was the first live band I photographed and I have been in love with their pure energy ever since. Dreamcrusher also — one of the first live acts I shot which taught me so much by just being insanely difficult to pull off. Pitch black, dense fog, blinding strobes, and constant motion turns it into a hunt in the fog for the action.

Most simply put, by being a part of the audience, being present, and reflecting the energy in how I move, shoot, and navigate the space. Always be willing to lie on the ground, climb on things, or go into the pit. And get close.

I mean, I’m always going to love a sprawling warehouse or anything DIY with no stage. I definitely prefer smaller, more intimate venues where the stage bleeds into the hangout and vice versa. But saying that, any place where the energy is there and the performance is immersive creates its own experience.

I would say I didn’t because I was already so grateful to have the chance to see live music after so many years of it not really being in my life. And the music I tend to see in Brooklyn is just absolutely full of insanely talented and dedicated people. People who are constantly pushing boundaries — I feel like I am lucky to witness some of the most innovative music happening right now.

I feel like shows are already back and I’m not sure how much it has changed concert photography — at least at the smaller venues I am usually at. I do think there has been a bit of a manic energy that adds to the general feel of the photography — like everyone is so excited to have live music back. And I feel like I’ve seen a lot of new photographers around and other photographers who have stylistically evolved or changed. I think we all had a kind of forced break where many people reevaluated what their creative goals are — and because of that more people are willing to take risks creatively.

Music of course, but I also have an ongoing project, “1312,” where I am photographing at protests and pointing my camera at the police specifically.

I am also trying to do more portraits, where I can get even more creative with lighting or locations. Would love to work on more design and abstract projects as well — bring back some of the digital collage fuckery I used to do a lot more in the past.

My photography really didn’t let up much during the lockdown time period. After getting involved pretty heavily in protesting and direct action, I decided to bring my camera and photograph the police. I figured there were already amazing photographers documenting the protestors themselves and I was already used to chaotic environments — I might as well bring my creative energy to the front lines. My use of color works as a statement of my perspective in this realm. I want to question the accepted ways in which we are taught to photograph protests, especially the police. One of my aims is to break down the barriers that traditional journalists face while documenting political action.

I also used lockdown time to start putting together potential book projects and conceptualize a series of zines, one of which I put out late this past summer.

This Deli Girls shot is from Market Hotel, right when shows started happening again as restrictions were being lifted. I don’t know that there is a specific story behind this, but I feel like it captures the absolute mad chaos I just love, which has even been heightened post-lockdown. One of those photos I’m just psyched to have gotten so many little elements of chaos in the frame.

I always think of this image when I think of what sort of community can be accomplished in a rave setting. Little moments of intimacy in the fog.

Portrait of Coin from the Melting Point One Year Anniversary. This shot reminds me to not fuck around and just go for the color, and who cares about tack-sharp focus. It also it features an amazing tattoo from Rex (@fcknrx) who is an all-around badass artist and inspiration.

I love the feeling of pulling off a polished-looking portrait in the midst of a chaotic scene. I shot this image of Eartheater and Abby at Melting Point NYE 2021. It was in the midst of lockdown so it was just bare bones crew for a live streaming event at H0l0. Saying that, it was still chaotic and fast-paced with tons of preparation happening all around. Alexandra was super sweet but also super direct, with a strong sense of what she wanted to accomplish, which I really appreciate as a photographer.

This photo I hope gives a small sense of what it feels like facing off with a line of riot cops. While sometimes things escalate or dissipate quickly, this was a night of tense standoffs interspersed with sudden police violence. Being up close and personal with lines of riot cops can be simultaneously tedious, exhausting, and exhilarating.

In this article:Andrew Hallinan, Featured