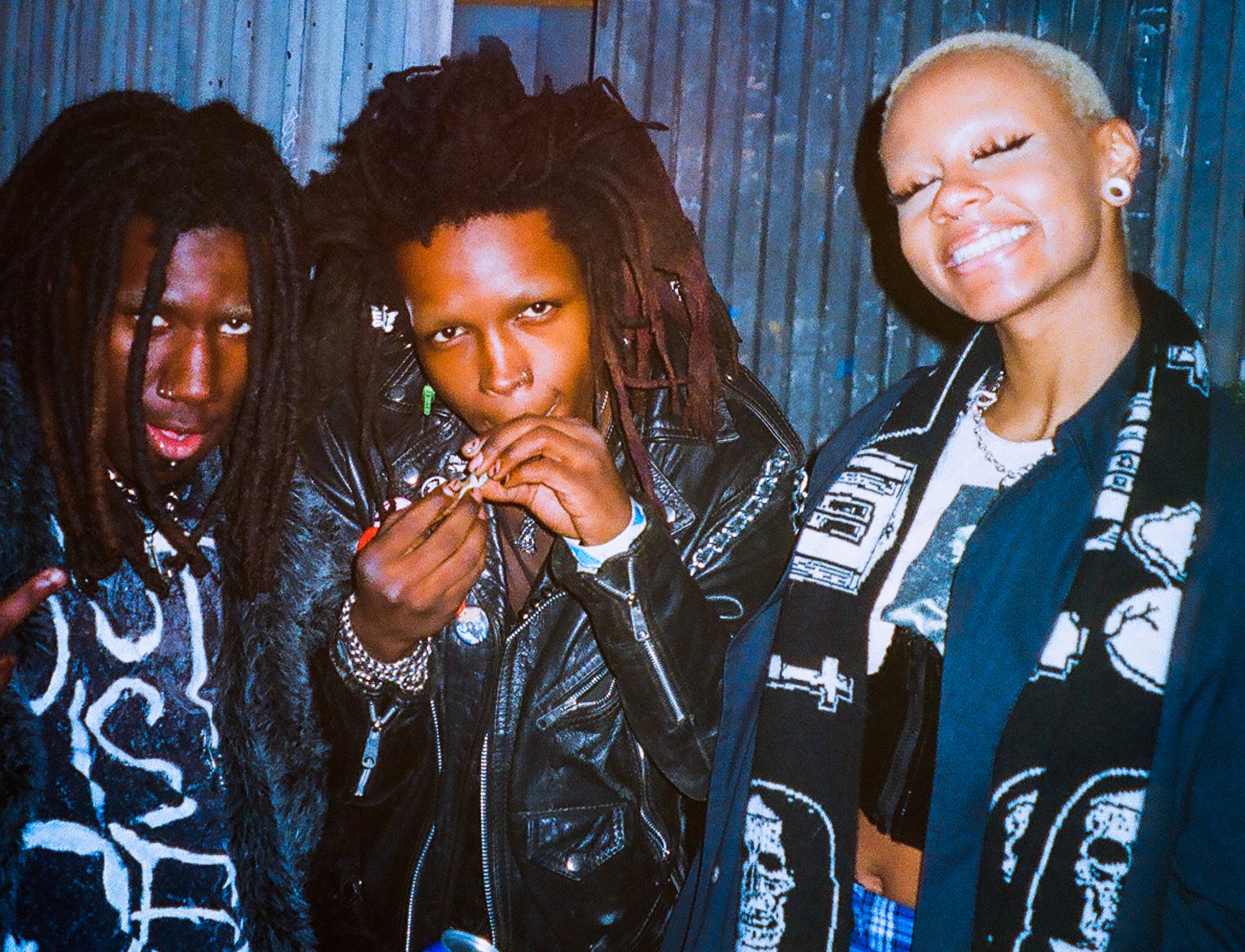 I started four years ago, I was 21. It was a Pentax ezy-r my friend/og Richard R. Ross gave me after this white dude bumped into me and made me drop my first camera.

My friend/og Rudy Savage brought me to my first show for his band Filthy Savage at 5 Points when it was under demolition, and the rest is history. But I saw all these wild pictures from other shows I’ve been to and would wonder how I did not catch any of these moments myself. Then that led me to meeting photographer homies like Walter Wlodarczyk (@wlodarczyk), and Richard R. Ross (@auniqueting), who has just been crushing it in this scene and its subscenes. With all these different creative outlets I had, this one seems like the most tangible one, that was affordable at the time, and that I can take with me everywhere.

I was going to say the most recent show I went to, but I won’t disclose that yet till the photos go up. But after carefully looking through my photos, it had to have been that one Gathering of the Mutants show on 2/2/2022 at Trans Pecos featuring Dreamcrusher, Sour Spirits, Guido, Mercury Symbol, & Speaker Music. There were so many beautiful Black and Brown people present that day. So that already brought so much great energy to space.

As you look through my photos, you can see they’re pretty much portrait-based, which is what I choose to specialize in. But then you get to this set of photos, and I’m still keeping that same style, but finding these moments throughout the show that you can only ever see if there was video to provide those memories. (check out @loading_video_archive for all your local shows & more 🙂 ).

For example when Rodnie King (bass player/vox of Sour Spirit) hands their bass into this crowd of kids just losing their minds, and I happen to catch a shot of my homie Luci grabbing the bass and playing it in the middle of the pit before other kids try to snatch it up. It was such an amazing moment, that it took the actual show from the stage to the kid’s hand. That put such a smile on my face. I just had to push that energy back into making sure these kids get to remember this and so on.

The next photo was of Rodnie, kneeling down in child’s pose on their bass with the mic in between it, basically using the mic and the bass pics as an even more powerful sonic tool, while using their petals.

Personally, one of my favorites, as described by my friend Skum king (@skum_king) “alt black excellence,” was this portrait of my homie Kem (@violent.them) and their loved ones — Emily their partner, and Luic their best friend. This tribe of Leo truly captures black youth just being the absolute best, in a safe space being themselves and just radiating greatness. I saw them having such a great time, and I had not said hi to Kem yet and went over, chopped it up with them, and asked for a photo.

My ultimate goal when I take these photos is to make people feel amazing and immortalize them forever and show them how much they matter, and document this ongoing amazing time we are in, no matter its downs and ups.

My friends, my loved ones, usually meet my lense before any show tbh, I’m usually with them on my downtimes, and I just wanna remember all our silly times, full of antics and love for one another.

As far as bands I can’t say I have a favorite band I like to shoot, I have been to so many shows, that they all bring their own uniqueness to the space and crowd they bring in with their vibration. but big up to DIEJA (@gxbxt), Zorn (@Zorn_philly), Melissa (@jane____pain), Dreamcrusher (@drmcrshr), Sour Spirit (@sourspirit), Kill alters (@kill_alters), Narcotic void, Shawty (@thenameisshawty), Show Me The Body (@showmethebody), Mercury Symbol (@mercurysymbol), Posterboy 2000 (@questions2000), Tripp Jones (@trippjoness), Blu Anxiety (@bluanxxiety), Dog breath (@dogbreathnyc), Licks (@licks_nyc), and so many others. Also if you wanna see any of these live sets check @loading_video_archive, and if you wanna see other magical stills check out @cistyburton, @mattsmusicmine, @auniqueting, @porkfatbaby / @early21stcentury, @roybaizan, @alwayssinabadmood, @jane____pain, @wlodarczyk, @young.durag, @y33rrr, @yu.lez, and bey there’s a lot more names, I’m sorry, but everyone’s is all part of this ecosystem of people who document everyday life in NY and beyond, through their friends, loved ones, live shows, and just people to look out for. I love ya forever.

Get close, fill in the frame, and just make the viewer feel like they were there through every photo/moment captured as best as I possibly can and just being present as best as I can.

I just pray I can find a spot, to not give up to get some decent angles, I usually don’t leave it unless I find a chance that I know I’ll get my spot back haha. It’s a bit of a long story, but we can talk in person about it hahaha. Lately, all my photos have been at Pecos, at this point I make a joke about it being my studio, and how I live in the room where they keep the instruments in. But anywhere that I don’t have to deal with a barricade or security is a go, fuck any hall.

Never. These spaces held/hold ceremonies that for the next few hours I and all in attendance can forget about our problems and just share a time in space where we’re loving each other, making new friends, reconnecting with old ones, finding a new door in our lives that we needed to open, to truly be on that journey to be our best selves. While for others, it can just be a moment of just being there and getting lit, and there is nothing wrong with that. I can’t thank enough these shows and the people involved that make this shit happen for all of us. Small name drop, but big up to KC (@yvngmayne), Corpus (@corpus.nyc), PTP(@ptp.vision), Tyler Kane (@lucifers_daddy.666), and all the youth putting all these random DIY bills. Just keep crushing it.

Playing music when I can. Oh oh, I just got Photoshop and I make silly ads when I don’t have photos to put up, so it’s a learning experience, haha.

This was one of the shots that actually came out clear during the Melissa set. I shot a whole roll, and due to movement I didn’t get many good shots, but when I got this one back I was screaming in my best friend’s room. Jane leans back and you can see her bloody undies and legs and I really prayed that the shot came out clear. It was such a wild moment that had the sea of people moving so vigorously with so much love and aggression.

This shot was during the Cold Deck set at the second show I put together, at Pecos featuring Gag ( for their record release), Posterboy 2000, Dog Breath, Cold Deck, and Shiver board with Nobel Spells DJ and a B2B Miley Serious & LU2K on 10/24/21. This was when I was really aiming to fill the frame as I mentioned before, definitely one of my favorite two-piece bands.