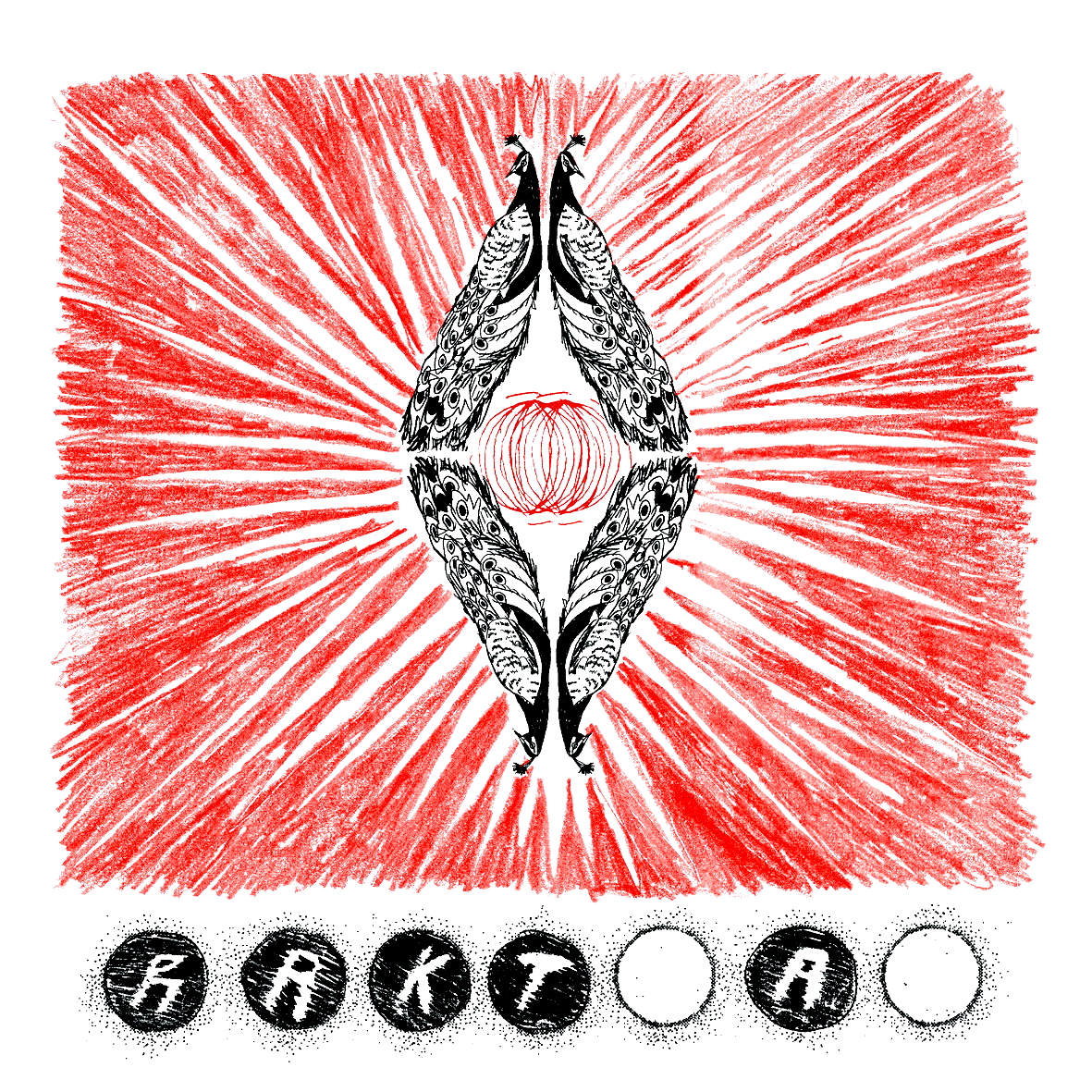 The echoing vocals, darkly swirling guitars, and spooky organs used by Brazil’s Rakta pull you into a fuzzed-out soundscape drenched in ghostly reverb, drawing you down a sonic vortex and into a hauntingly psychedelic world that seems one part psych garage, one part deathrock, and one part spaced out dark punk rock. The all female band’s 6-song, self-titled album came out in December 2013 on Nada Nada Discos, also the label of Cadaver Em Transe, another dark punk band to watch out for. Word is that Rakta’s record is due to be re-pressed and made more widely available stateside by Texas’s 540 Records soon.

The first track on Rakta’s LP, “Run to the forest/Repetition” is something best heard on a loud sound system (or good earphones). It’s only then that you can appreciate the texturing and multi-layered aspects of the song. The echoey vocals do give the track a ghostly feel; the lush waves of guitar impart a space-y feel that’s highlighted even more in the official video to a later track on the album, “Caverna” (see below) — a video that underscores some of the psychedelic tendencies hidden in the band’s deep wall of fuzz guitar and swirling layers of spectral atmosphere. It’s track 2, “Life Comes Comes from Death,” that is my favorite. The graveyard organs and relatively straightforward, mid-tempo drum beat hint at old California deathrock of the sort made by 45 Grave and Voodoo Church. Paula’s disaffected vocals seem distant and spectral, yet powerful — like a fury hovering above the maelstrom of the music. (As someone who dj’s a regular deathrock night in Dallas, this track is a favorite of mine to play, and it almost always garners inquiries from listeners: “Who is this!?”) While some of the other tracks can tend towards the sprawling and non-linear, “Life Comes from Death” is a better than average goth-punk song that’s sure to please anyone into bands like Rubella Ballet or Hysteria. Track 4, “Take Your Time,” is a slightly harder postpunk number, musically recalling some aspects of Rubella Ballet’s “Slant and Slide,” or of early Killing Joke — but again the relentless delay and echoing vocals give it a ghostlier touch. The other songs on the album can sometimes sound slightly unfocused and sprawling, but the guiding force of Paula’s vocals — sometimes deadpan and monotone, other times banshee-like — pull the disparate elements into a cohesive whole: a haunting, gloomy, slightly witchy journey through garage punk psychedelia suffused with enticing gothic overtones. The psychedelic side of the band is show in full relief by their official video, on Vimeo, for the final track, “Caverna”:

You can stream Rakta’s 6 song album below:

Below is an impressive Youtube vide of the band playing live, outdoors in Brazil. Check it out: