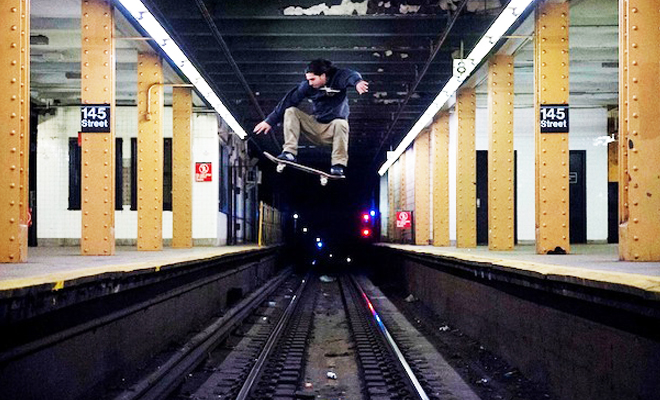 Skating through the streets of New York is one thing I miss about living in the city! With every push on the concrete, you can feel the pulse of the Rotten Apple under your feet, and weaving though traffic will keep you alert. One thing I never did was skate down in the subway, which I never really thought was possible until I watched Tengu: God of Mischief‘s new video Subway Skating. All I can say is you’re about to see some shit that will make you say what my three year old daughter said when she saw this visual “Wow…that’s dangerous!” Anyway, plug yourself into the electric vibe of NYC…Much respect to all of the skaters who made this video a reality!!!

In this article:NYC, skatboarding, slider, subway, tengu: god of mischief