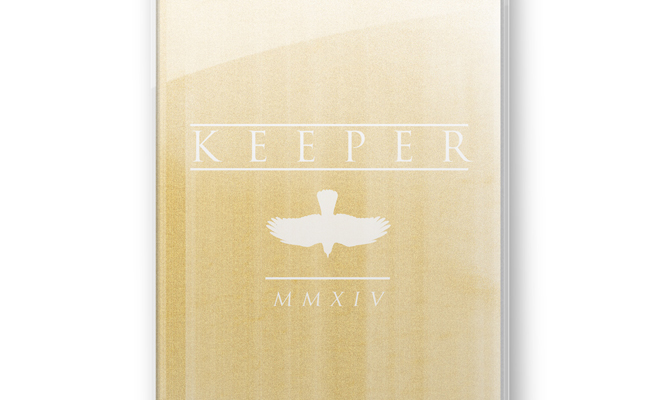 California’s Keeper creates sounds that are totally at odds with the images of sun drenched landscapes that their home state typically invokes in people. Rather, this new band treads woefully grim and dark territory with a simply crushing and unforgiving brand of sludge doom.

MMXIV, their first record, is so unrelentingly heavy it borders on the inexplicable. The band has taken a number of obvious cues for their chose sonic craft. Of course bands like Burning Witch, Grief, Noothgrush and Moloch can all be heard here in spades, their influences weave themselves in and out of each slow, misery-sodden riff and wretched, throat-gnawing vocal. Earth shaking feedback and crushingly slow riffs are what typify MMXIV from the very beginning. ‘Hours Pt.1’ comes creeping through the speakers to open the record with a sickly crawl that sets a tone straight away, while the cloying, shrieking vocals add that altogether unsettling vibe.

At sporadic moments, Keeper will toss in gentle increases in the pace, still residing very much in the doom sphere though, but it will add a new layer to the bludgeoning.

Layered is a pretty apt description of Keeper’s sound overall, especially for one that is generally quite simplistic. They are not ones to veer too far off that sludgy doomed path, but they stack up enough riffs to build an overwhelming sense of tension as the record progresses. This also sees the band toy with different tools from time to time, which complements the unforgiving doom, such as the eerily melodic guitar vibes of ‘As It Needs to Be…’ or ‘Admittance’s jolting stop-start riffing.

Closer, ‘All It Needs to Be… Pt. 2 & 3’ is like a whole other entity, where Keeper takes on many new forms with hazy post rock-like guitars and even more sparse drums, all while the vocals stand nearly on their own, laying down a painful clarion call.

It can’t be an accident that this was placed as the final song on the record, as it leaves behind a big question mark as to what comes next and makes the album even more intriguing.

MMXIV is a stunning prospect for the future and what Keeper might be capable of. It’s simple yet deftly crafted, and is not afraid to tinker with new ideas when the time is right – which is an all-important quality for any band to stand out from what is, frankly, a very saturated genre anyway.