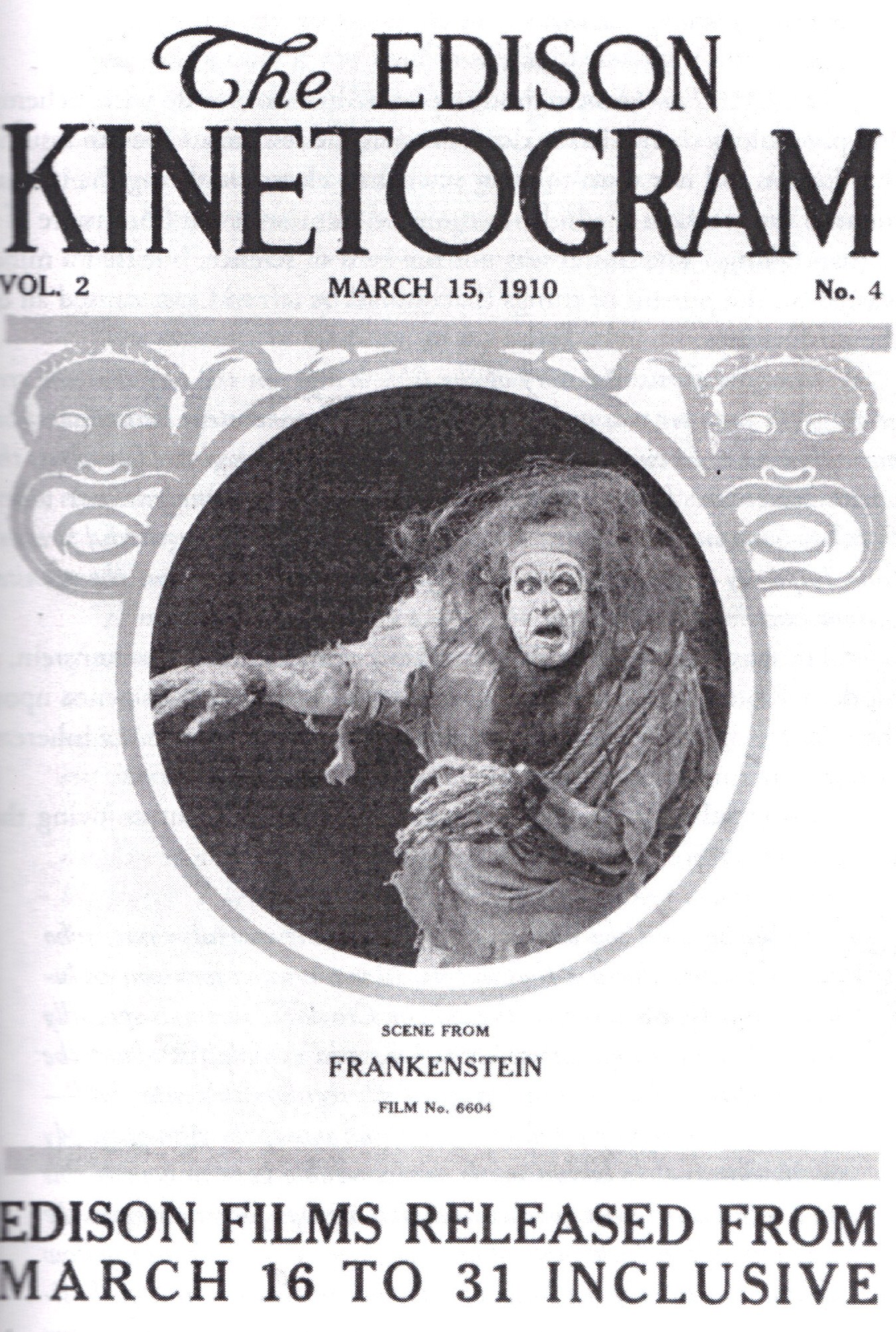 Over the past century, the film industry has undergone an evolution of massive proportions. Horror films today are masters of realism, the gore and guts visceral and tangible. Special effects are no longer special, they’re expected. It’s strange to think that 105 years ago, so close to the post-mortem photography years, our ancestors found films like Edison Studio’s Frankenstein frightening. J. Searle Dawley wrote and directed the film over the course of three days – a huge undertaking at the time – at the Edison Studios in The Bronx. A silent film with outstanding effects for the time (mirror reflections, the slow morphing of the monster), Frankenstein has more the characteristics of a stage play than a film – ideas like the close-up or even panning hadn’t been employed in film yet, making it a bit of a chore for the modern viewer unless you find historical film fascinating. It was the first adaptation of Mary Shelley’s novel, and the company reassured potential viewers with the following statement: “in making the film, the Edison Company has carefully tried to eliminate all the actually repulsive situations and to concentrate its endeavors upon the mystic and psychological problems that are to be found in this weird tale.” A horror movie without repulsive situations today would be a rom-com, but I guess you could argue that a rom-com is in essence a repulsive situation. Anyway, reclaim your innocence while watching Edison’s Frankenstein below! Advertisement. Scroll to continue reading.
In this article:edison, frankenstein