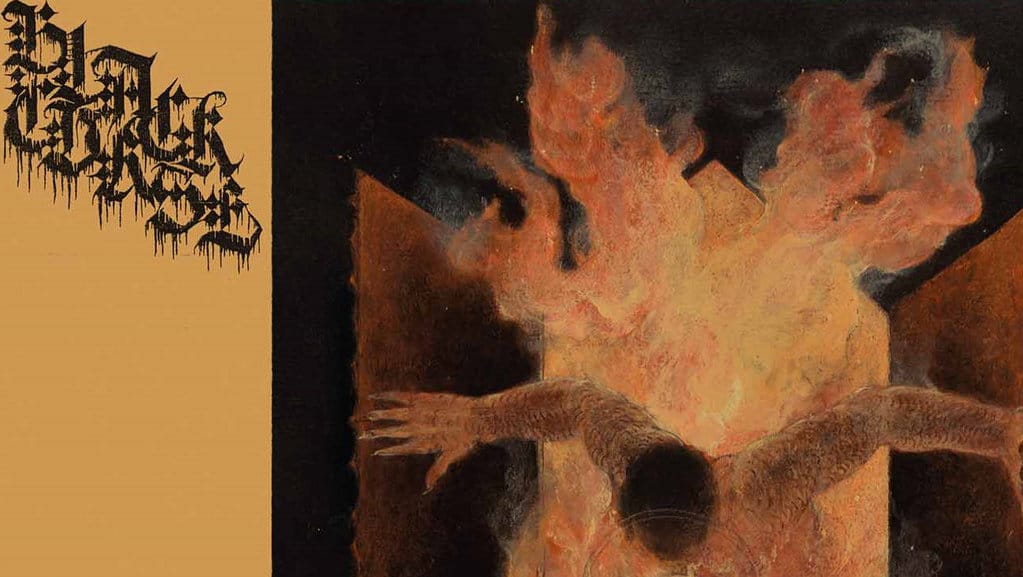 This is one of those albums where a band just throws everything into the cauldron and mixes it all together until it creates a blackened, congealed goop that sticks to all surfaces. You’ve got some Black Metal in here, plenty of dashes of Doom, some sprinkles of Thrash, handfuls of Sludge, and more than enough Death to keep Black Curse very, very scary.

Opener “Charnal Rift” is just that, a gateway to Hell opening big and dark and punishing. It rips right of the gate, settles into itself, thrashes forward, all sludgy and nasty (that bass!).

“Endless Wound” returns to the blistering speed and almost hurricane-like frenzy of the earlier tracks, more Black Metal than they’ve been yet. You can feel the chilling forest and see the churches burning in the distance as this one plays out. The band don’t leave the Death behind, though, as it’s there, always there, either lurking or attacking, depending on when the moment is right. Closing track “Finality I Behold” is the epic of the album, clocking in at very close to nine minutes long. If you want a signature track from this band, this is the one. It pretty much encapsulates everything they do and showcases it to the finest shine. Chaotic, muddy and yet still somehow very clear, lots of blackened riffing, tons of Death infusing everything, relentless thrashing. Halfway through they settle into a devastating mid-paced groove that slows it down some, before slowing even further, the Doom showing its clenched fist. It all descends into a cacophony of squeals and madness, fading, fading, fading…

These guys from Denver have delivered one hell of an album. They claim to harken back to the glory times of Death and Black mixing together, champions of the same evil cause, and by the power of Satan they’ve surely accomplished that. But they do more, adding in the Sludge and Doom and they’ve managed to create something loathsome and lovely at the same time. You’ll find yourself repulsed by just how dark this is, and yet at the same time mesmerized by its utter beauty. This is a band to pay attention to.

In this article:Black Curse, Featured