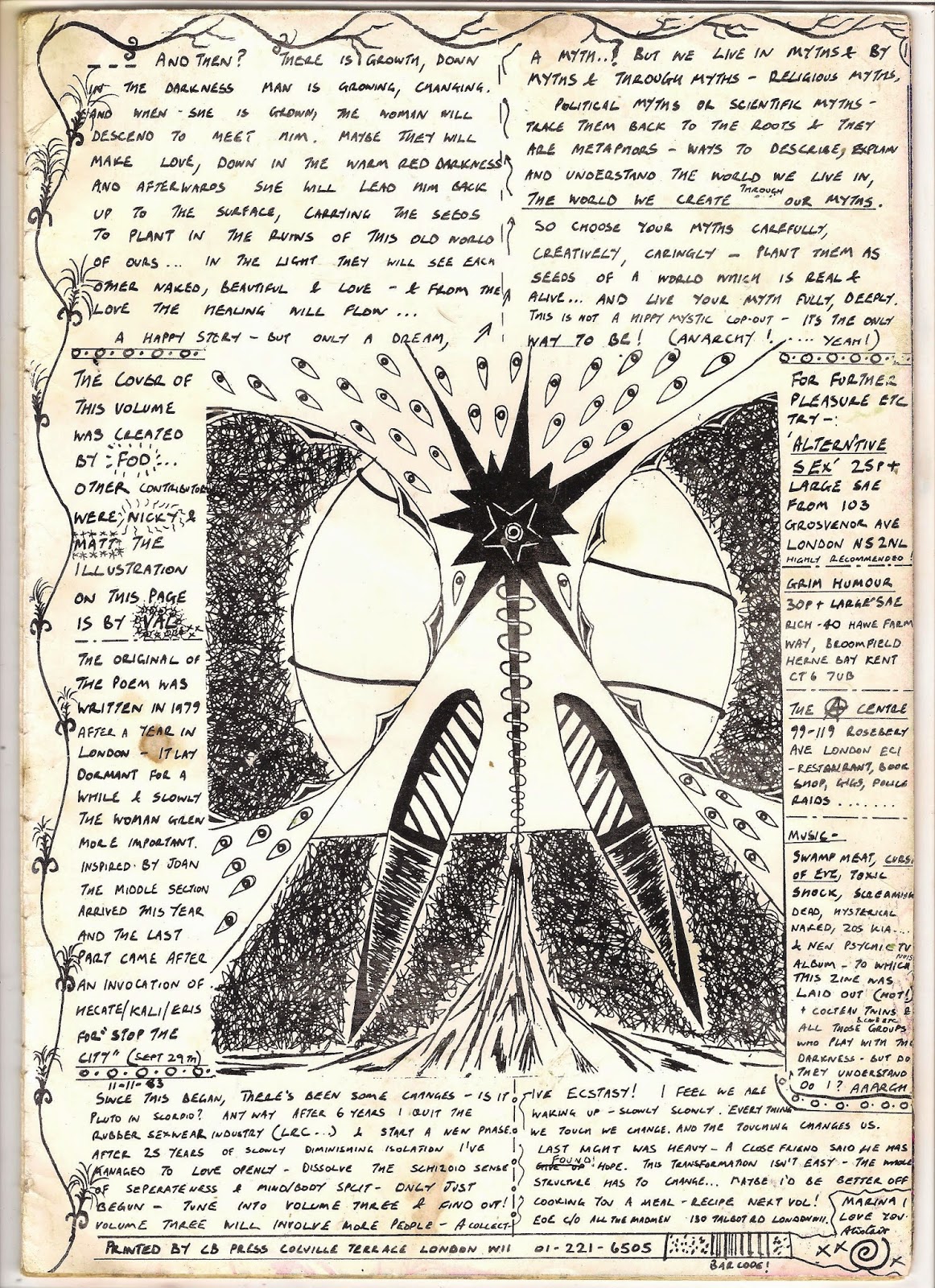 ‘When Darkness Dawns’ : The Encyclopaedia of Ecstasy Volume Two: November 1983

The last part of Volume Two was written on 11 November 1983, the same day that Operation Able Archer ended. During the ten days of Able Archer 83, the world came as close to nuclear annihilation as it had in the 1962 Cuban missile crisis.The front and back cover were created by Paul Forder and the drawing on the last page by Val Drayton. The text was written by Alistair Livingston between 1979 and 1983. It is an extreme piece of writing.

The realistic nature of the 1983 exercise, coupled with deteriorating relations between the United States and the Soviet Union and the anticipated arrival of Pershing II nuclear missiles in Europe, led some members of the Soviet Politburo and military to believe that Able Archer 83 was a ruse of war, obscuring preparations for a genuine nuclear first strike. In other words, they were concerned that what was called by those staging it, a training exercise disguised as an attack, was instead an attack disguised as a training exercise. In response, the Soviets readied their nuclear forces and placed air units in East Germany and Poland on alert.

This is known as the 1983 war scare. The 1983 war scare is considered by many historians to be one of the closest times the world has come to nuclear war since the Cuban Missile Crisis of 1962. The only incident more severe was the Norwegian rocket incident of 1995. The threat of nuclear war ended with the conclusion of the exercise on November 11. In this article:Alistair Livingston, the encyclopedia of ecstacy 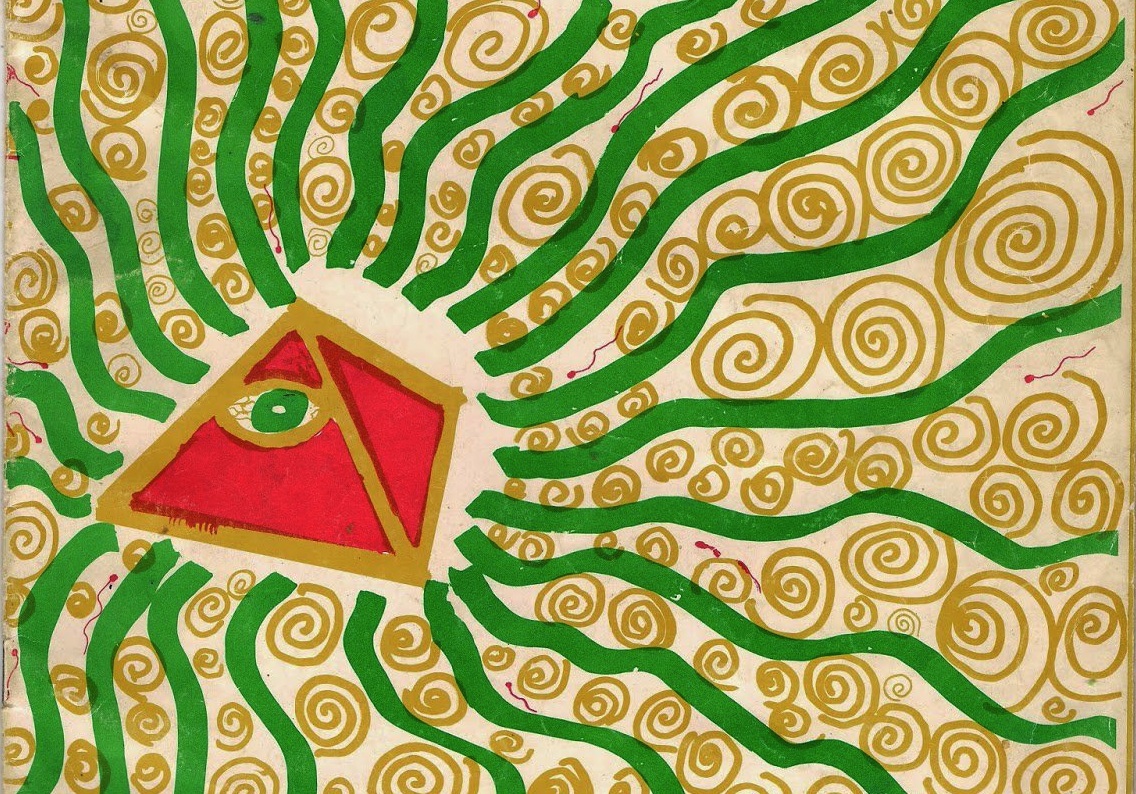 “The Encyclopaedia of Ecstasy, Vol. 1”
Awesome Anarcho-Goth-Punk
Zine circa 1983

It’s time to talk a walk on the right side…Check out this very rare fanzine from 1983 entitled The Encyclopaedia of Ecstasy, Vol. 1,...